Rio isn't the easiest city to get around for people with impairments, and hosting the Paralympics probably won't change that. [Image credit: Jean-Marc Astesana | CC BY-SA 2.0]

To many people, taking a bus probably sounds easier than shooting a 9-inch ball into an 18-inch metal hoop 10 feet off the ground while seated or tracking a jingling ball around an arena while blindfolded. But while athletes are in Rio for the Paralympic Games, even those who dominate on fields and courts may face challenges getting around the city.

From the outside, the Paralympic Games seems like the perfect opportunity to create accessible infrastructure in a host city. And in fact, since 2007 the Paralympics have been mandating legacy planning in hopes of improving the daily lives of people living with impairments in the host city and abroad. But that’s a more complicated goal than any city has been able to ace so far, and Rio isn’t any different.

The Paralympic Games are “an opportunity to begin to see where there might be flaws in the urban environment,” said Laura Misener, who studies the social impact of sports at Western University in Canada. But they’re also a wholly different situation from what residents face every day.

“The environment in Brazil can be challenging for people with disabilities, period,” said Cheri Blauwet, a now-retired Paralympian, member of the Paralympics medical committee, and rehabilitation doctor at Harvard University. She cites issues athletes may face, like struggling to find an accessible bathroom if they leave the Olympic Village for dinner.

Sometimes, hosting the Paralympic Games can spread accessibility further, creating “a win-win,” said Blauwet. Beijing, for example, purchased almost 3000 accessible buses for the 2008 Paralympics that stayed on the streets and made bus stations easier to navigate for people in wheelchairs or with reduced vision.

But it’s no guarantee. “In the end the organizing committee has to run a good Games,” said Misener. That means they don’t necessarily have the time or resources to tackle social questions in the host city. If they were going to choose to try to change that, presumably Rio, the first city in the developing world to be chosen as host, would have been the time to get involved.

Recent calculations out of Oxford University — which the organizing committee contests, since the report alleges regular and significant budget overruns — assert that Rio will spend $4.6 billion on hosting the Games. More than two thirds of that money comes from the private sector, but the city still needed emergency money from the federal government. The financial situation is particularly dire in Brazil, since while its economy was fine when it asked to host, it’s now in the most severe economic state of the past eight decades. The toll of Olympic hosting has claimed plenty of casualties — Montreal was mired in debt for three decades after hosting the 1976 Games.

The Rio 2016 Paralympics organizing committee announced a budget crisis less than three weeks before the Paralympic Games were due to start. The committee had to scramble to get buy-in from additional sponsors and a promise of $77 million in federal funding, as well as rearrange some event venues to cut costs. The committee also announced the Paralympic Games would have fewer support staff on hand and reduced transportation services, although details were not available.

In comparison, London spent $15 billion hosting the Olympics and Paralympics, the highest sum to date. To win 2012 hosting privileges, London had to promise, among other things, to make the games more accessible than ever before. According to the government, they achieved the highest levels of attendance by people with impairments to date. 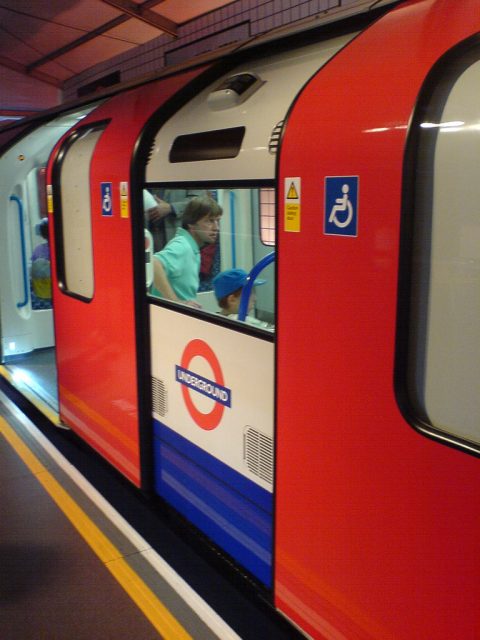 Some of those improvements have remained in place. London added access routes without steps to 66 of its 270 subway stations, as well as visual aids like tactile pavement. During and since competition preparations, at 44 stations where there’s a height difference between platforms and train floors, manual ramps have been installed that can be used for everything from wheelchairs to strollers. All of London’s cabs and buses were made wheelchair-compatible, as were 70% of bus stops.

London invested about £6.5 billion total in transportation projects for the games. But many of the improvements focused on stations near event venues. That makes sense in the context of the Games, but doesn’t necessarily help an average Londoner with an impairment trying to get around.

When the Paralympics do coincide with accessibility improvements, the results can be contentious. “A lot of the things that the IPC [International Paralympic Committee] claim around access are really historical accidents of the city that they’ve held the games in,” said Simon Darcy, who studies inclusive organizing at the University of Technology Sydney. “Myself and others make very strident arguments that a lot of what the IPC claim is on the blood, sweat and tears of advocacy groups in the host cities.”

And sometimes, the Paralympics make the situation worse. The IPC mandates the level of accessibility it believes is required for the sports and athletes it oversees, but it doesn’t take into account the situation or needs of the community within the host city. “It can be quite a burden on a community,” said Misener, which means the policy can encourage privileging temporary improvements that meet the requirements but don’t require maintenance budgets into the future.

She cites the example of Vancouver in 2010. When renovations for accessibility were planned for BC Place Stadium, the opening ceremony venue for both Games, they focused mainly on access needs for the Paralympians who would be participating in the Olympic ceremony. Organizers didn’t successfully account for the huge increase in attendance of people with impairments for the Paralympic opening ceremony that followed. Temporary wooden access ramps were installed for the ceremony but then removed soon after the end of the Games. “It still remains a relatively inaccessible sports venue,” said Misener.

“Legacy is the thing that occurs one, five, 15, 20 years after the Games have occurred, so what are the strategic things that Rio 2016 have put in place to ensure that those living with a disability in Rio will benefit from the extraordinary amount of money that’s being put into hosting the games?” Darcy said. “Those broader issues around accessibility in the city, we’ll have to see how they play out.”

Misener echoed that sentiment, pointing out that so far the conversation has focused on the public face of the Games and the athletics that are taking place there. That’s pretty standard for how the Games work, she said — we won’t hear about the neighborhoods around the venues until after the competitions are over.

From photographs released so far, the athletes’ village also appears to meet accessibility standards, Darcy said. Perhaps most promisingly, there’s a standing history of athletes’ housing being converted in part to affordable housing. If the trend holds for Rio, the Village is one example of accessibility planning that could truly impact the lives of Brazilians, since accessible housing is typically expensive. Future Arena, the venue for goalball, is supposed to be taken apart and turned into four accessible schools when the Games are over.

Beyond the village, the picture is fuzzier. Rio planned to spend almost a million dollars leveling pavement, adding tactile pavement, installing ramps, and removing barriers, particularly around tourist destinations. According to local publications, there was still work being done at the beginning of June. They also required new hotels be built to meet IPC standards, setting a goal of 1% of hotel rooms across the city by the opening of the games.

Both Darcy and Misener were quick to point out that one of the challenges Rio and other Paralympic host cities face is the variety of impairments and needs that athletes and attendees bring.

Misener argued we are limited by “our singular understanding of disability which tends to be our image of an individual in a wheelchair.” Accessibility infrastructure isn’t just about mobility, it’s also about making it easier to get around for people who can’t see or can’t hear or need assistance. Darcy noted accessibility can be as much about communication as about mobility.

“I do think that no matter how hard we try there will still be challenges,” for para-athletes in Rio, said Blauwet. And those challenges are likely still less daunting than those facing other attendees and local residents with impairments.

“In no way should we think the Games will be the answer,” said Misener. But they can highlight issues and improve public opinion — not only for physical infrastructure but also for the treatment of people with impairments across society.