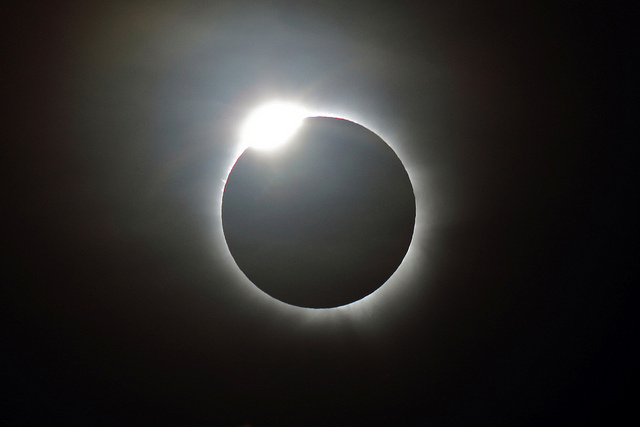 A total solar eclipse only occurs at a particular location every 375 years. But every year there are one or two somewhere in the world, luring eclipse chasers to travel. [Image Credit: Flickr/skyseeker | CC BY 2.0]

Why do some people sneeze when they look at the sun?

Usually, Americans who want to see a total solar eclipse would need to fly to a faraway place like Kenya or Norway — all for a few seconds of magic that could easily be ruined by a cloud in the wrong place.

But next Aug. 21, for the first time since 1979, lovers of daytime darkness can easily see a total solar eclipse from the United States.

From Oregon all the way to South Carolina, the path of what’s being called the Great American Solar Eclipse will sweep across so many populated areas that some say the 2017 event will likely be the most watched astronomical phenomenon in history.

The path of the Great American Solar Eclipse. Viewers watching from areas crossed by the blue line will have the best experience. Outside the red lines, you’ll only see a partial eclipse. [Image Credit: Wikimedia Commons/ Wolfgang Strickling | CC BY-SA 2.5]

Even nine months in advance, some have already begun enthusiastic preparations. At a Nov. 4 lecture at the American Museum of Natural History in New York City, experienced eclipse-spotters gave the audience a guide for making the most out of the rare event. One attending eclipse lover named Gowrishankar L. (he declined to give his last name) had already booked lodging at a hotel in Lander, Wyoming, a 45-minute drive away from the ideal center line. He has also taken an astrophotography class to prepare.

The Amateur Astronomers Association of New York organized the lecture, bringing in speakers Stan Honda, a veteran astrophotographer and photojournalist, and Tony Hoffman, who’s been watching eclipses since 1970.

Solar eclipses occur when the moon passes between the Earth and the sun and casts a shadow on the surface of the Earth. An eclipse can be partial or total, which happens when the moving moon completely blocks Earthlings’ view of the sun for anywhere from a few seconds to near eight minutes. 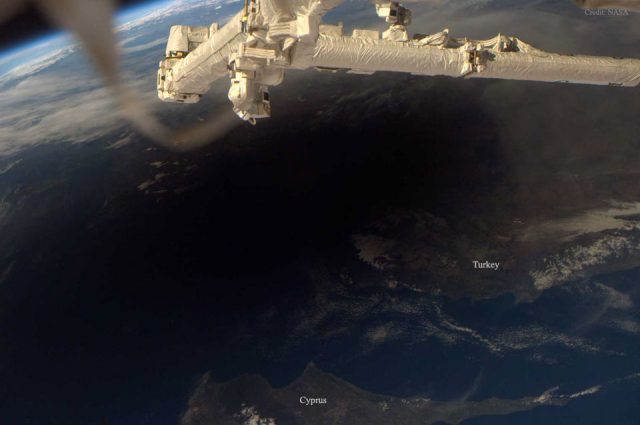 To help you decide where to view the eclipse, Honda suggests visiting a NASA website that allows users to zoom in on a map to see its path as well as determine ideal viewing times for each location.

It’s critical for hopeful viewers to know when the totality of the eclipse will begin in their location and its duration, Honda says. Per the NASA map, the totality will linger longest in Kentucky, for two minutes and 40 seconds, and will be shortest in Oregon, at one minute and 58 seconds.

The weather will also be important. Along the eclipse route, areas that tend to have the fewest clouds in August include northern Oregon, Idaho, central Wyoming and western Nebraska, according to meteorologist Jay Anderson, creator of an eclipse weather website Hoffman recommended.

Of course, the weather can change. Hoffman once decided to chase a total solar eclipse in Kenya which only had 30 seconds of totality. The weather forecast said there was an 80 percent chance of clear skies, but an unexpected sand storm forced Hoffman to scramble. After rushing to a nearby airport hours before the eclipse to fly away from the sand storm, Hoffman and his fellow eclipse chasers ended up only having an eight-second view of the totality.

“If you have a car you might be able to drive towards the clear sky,” Hoffman says, which is why picking a viewing spot near a highway is wise.

When it’s viewing time, rule number one is something your mother taught you when you were three: Never look directly at the sun. It’s safe to watch the whole progression of a solar eclipse through binoculars or camera lenses with solar filters, heavy dark plastics that cut out a lot of visible and ultraviolet radiation.

As long as you wait until the sun is completely blocked by the moon, you can take off the filter to see the solar corona with your own eyes. “You’ll never forget what you see,” says Honda. But as soon as some sunlight starts shining around the edge of the eclipse, the protective filters must go back on.

Photography can be tricky, including the choice between autofocus and manual control. Hoffman has had bad experiences of fiddling with his autofocus and missing the totality.

Maybe the best advice for first-timers, says the 71-year-old Hoffman, is to not take too many photos but just watch and relish the experience instead.

The solar corona, the outer atmosphere of the sun that’s too dim to see normally, will be the subject of a citizen science project next summer. The Citizen Continental-America Telescopic Eclipse Experiment will set up 60 to 70 telescopes along the viewing line to create a motion picture of the corona at the peak of the eclipse, something that’s never been tried before, Honda says.

Right after the corona is visible during the totality, the diamond ring of an eclipse appears when the sun starts peering around the moon’s shadow. Baily’s beads, the effect when sunlight streams through the valleys of the rugged lunar surface, show up at the beginning and ending of the eclipse. 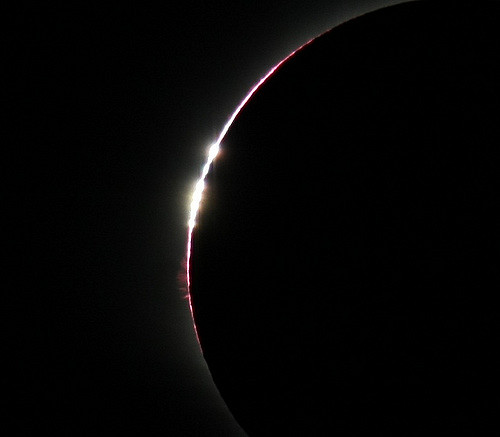 Honda’s top advice is to make the most of the fleeting totality when the sun completely disappears. At the lecture, Honda described his viewing experience in 2015 in the archipelago of Svalbard, located between mainland Norway and the North Pole.

“Just before totality, the sunlight on the ground becomes very, very dim. It’s almost like the sun is setting,” Honda told his museum audience while projecting a picture of the long shadows of eclipse chasers’ tripods at the scene.

“You’ll see the light level drop suddenly to dark twilight,” he says. “We were literally standing in the shadow of the moon. The moon shadow was racing across the surface of the earth and you were standing in it.” Honda said it’s an experience one will never forget.

Hoffman was at Svalbard, too, but hasn’t made plans for 2017 yet. His advice for fellow eclipse chasers: If you don’t want to stay in a hotel, join a tour group or camp in a park, “You can also make your home base somewhere outside the center line and drive into the path of totality early in the morning.”

And to avoid brutal traffic jams on the morning of Aug. 21, Hoffman says, “If you know somebody who happens to live on the center line, be nice to them.”

** Editors Note: This story has been updated. It originally said that the eclipse would be visible in North Carolina, rather than South Carolina.**

“From Oregon all the way to North Carolina…”

Also, the article mentions using proper solar filters on binoculars and camera lens, which is very important, but most people won’t be using these devices. For the casual eclipse viewer, you’ll need eclipse safety glasses to view the eclipse. It’s important to remember that You MUST use proper safety glasses to view a partial eclipse and the partial phases of a total eclipse. The only time it’s safe to look at an eclipse without proper eye protection is during the very brief period of totality when the Sun is 100 percent blocked by the Moon. If you’re in a location where the eclipse won’t be total, there is NEVER a time when it’s safe to look at the eclipse with unprotected eyes.