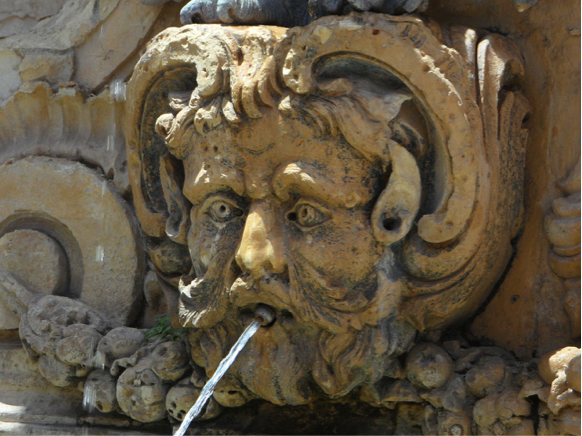 Caption: Spitting isn’t always this elegant, but the bacteria it holds might be useful for forensic investigations. [Image credit: Efraimstochter | CC0 Public Domain]

The world’s tiniest witnesses might one day be called upon to help forensic investigators find criminals.

It turns out that two people are distinguishable by the bacteria in their spit, according to a recent study in Microbes and Infection. The researchers suggest that with further investigation, it is possible that genomes of saliva bacteria could be unique to everyone and one day serve as a back-up identification technique in forensic labs.

“The microbiome has lots of forensic utility”, says Nathan Lents, a molecular biologist at the John Jay College of Criminal Justice of the City University of New York who was not involved in the study. “Oral is a good one to start with.”

Crime scene investigators prefer to identify criminals by human DNA found in blood, skin or semen, but the collected samples must be of sufficiently high quality, explains Gilbert Greub, the study co-author of the Institute of Microbiology at the University of Lausanne in Switzerland. Bacteria, however, fill the human body and have their own DNA to offer for analysis.

And while bacteria don’t live in most human fluids found at crime scenes, saliva is frequently left behind and is teeming with microbes. Spit stays moist and easily collectable for a while, too. “Within 12 hours [of the offense], we could swab a humid sample,” says Greub.

Even when dead, bacteria defend their DNA from degradation better than human cells, which fall apart without a living, breathing body to protect them, says Greub. As with DNA, an individual’s bacterial microbiome cannot be easily changed to avoid recognition. Criminals couldn’t disguise their mouth’s bacterial signature by eating different foods or taking antibiotics. “[It] would be like throwing a few acorns in the Amazon – it’s not going to change the ecosystem,” says Lents. Current human DNA forensic tests also can’t tell identical twins apart, but their bacteria saliva might do the trick, says Greub.

Four times over the course of a year, Greub and his team swabbed the cheeks of two study participants and extracted all bacterial DNA in the samples. The molecular biologists then isolated and sequenced two genes that appear in everyone’s mouth bacteria. A computer program compared the versions of those genes to sort them by degree of relationship. The oral microbiome is always changing slightly, says Lents, “But if you analyze [it] periodically, your [program] will ignore the noise and see the pattern.”

In each test, the program found the genes – and the bacteria they represent – were distinctly more closely related to other genes in the same person’s saliva than to the genes from the other mouth’s saliva. These two people’s oral microbiomes showed characteristic differences from test to test.

Before this technique is admissible in courtrooms, much larger studies are needed. Currently, processing about 100 human DNA samples costs $3,000-4,000, says Lents, but for this new method, the biggest obstacle isn’t cost — it’s the rigorous research necessary to prove spit bacteria meets the standards required to be evidence in a trial.

While Lents is pleased with the results of the study, time and financial constraints kept Greub and his team from testing more than two individuals.

Greub has already secured funding for a larger study, including identical twins, which could provide better evidence of whether or not the mouth’s microbiome is a reliable test of identity. This time around Greub will also test dried, older samples to see how long the bacterial DNA is viable. And seeing as the amount of time between when a crime is committed and when a suspect is apprehended is often very long, he’ll also compare samples collected more than a year apart.

Other research on body bacteria for forensic investigations has been promising. One study found the microbes left behind on phones and keypads better matched the microbes on the hands they came from than 270 other hands. With technologies like these in development, forensic researchers might one day have versatile techniques to fall back on in their investigations rather than relying solely on DNA.