Are bacteria the super sleuths of the future? Study suggests that microbes could help determine time of death in tricky murder cases. 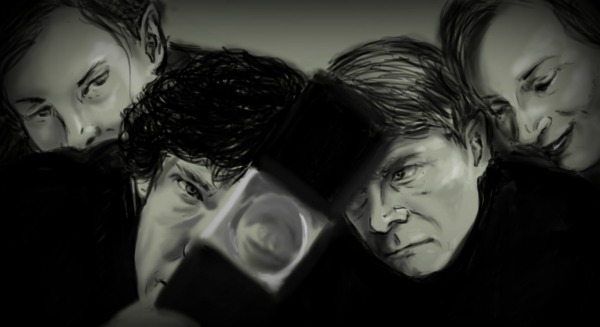 By following microscopic lifeforms, scientists may be able to pinpoint time of death in murder investigations. [Image credit: FloLu]

How Could Inhaled Dust and IV Drug Use Be Confused At Autopsy?

Sherlock Holmes may want to trade in his magnifying glass for a DNA sequencer or, at the very least, a microscope.

Researchers at the University of Colorado, Boulder recently investigated whether the microscopic instruments of decay hold the key to determining time of death in tricky murder cases. Their study, published in the journal eLIFE, tracked the rates of decay of forty deceased mice. The resulting “microbial clock” was able to pinpoint a mouse’s time of death solely by analyzing the population of microbes inhabiting its remains.

The scientists fashioned the microbial clock by exhuming mouse corpses and dicing their remains into a gene sequencer. Forty-eight days of genetic analysis produced a microbial family tree, chronicling the ebb and flow of microorganisms during the decay process. By tracking small changes within the community of bacteria, nematodes, and fungi that feed on mouse remains, researchers were able to predict an animal’s time of death to within three days.

Forensic scientists have historically struggled to pin down a murder victim’s precise time of death (DIY articles notwithstanding). And coroners have, with varying degrees of success, employed insect investigators, death-sniffing dogs and even cardiac pacemakers to crack their most difficult cases. But microbes are uniquely impervious to extreme conditions, so when a body turns up cold and wet, medical examiners would benefit from having waterproof, temperature-proof microbial evidence on hand.

But it may be a while before homicide detectives consult microbes at murder scenes. The authors of the study were optimistic that microbial detectives could eventually be used to determine human times of death as well. But at this point, research has been confined to mouse models.

This study accompanies a resurgence of interest in the trillions of microbes that help us, harm us (and, alas, make us fat). In particular, the NIH has spent $115 million since 2008 developing a catalogue of the bacteria comprising the human microbiome. And with taxpayers on the hook for $115 million, the least the microbes can do is help us solve a murder case.