If civilization ends, how do I make a deluxe wattle and daub hut?

Asking for a friend 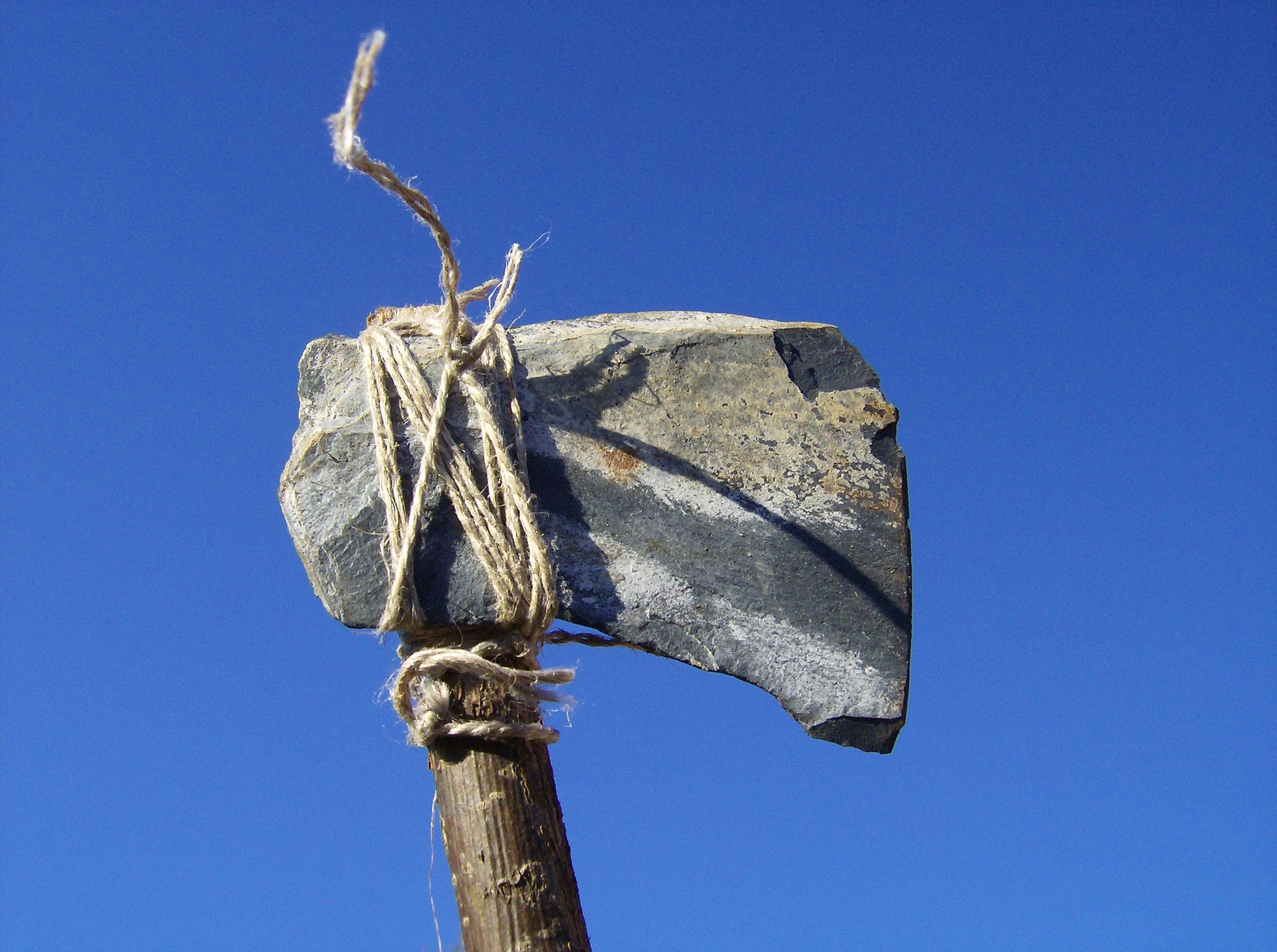 If civilization gets the axe, you can build a nice middle-class life for yourself, one tool at a time. [Image credit: Allmann | CC0]

It feels like the end times. In June, United Kingdom voters decided they wanted to leave that grand Continental experiment — the European Union. Across the Atlantic, Donald Trump will soon be the 45th President of the United States, with his party in control of Congress and a pivotal Supreme Court seat.

In the event society is destroyed following a heated Twitter war, you may want to prepare by watching some Primitive Technology videos on YouTube, or by following the blog. The man behind the channel, an unidentified Australian from North Queensland, films videos of himself making technology from clay, bark, vines, rocks and branches in his backyard. He has already amassed quite a following, with 3 million subscribers and over 180 million views of his 22 videos.

This man started the channel by making five different kinds of humble abodes: thatched dome huts, wattle and daub huts, palm thatched mud huts, tiled roof huts and grass huts. His tiled roof hut might be my favorite potential Airbnb spot. It even comes with luxurious underfloor heating! Note: Being a property mogul will still be important in the New Order.

Primitive Technology Guy also weaves baskets, fires up clay pots, and chops down trees on the regular. Occasionally, he runs into some problems. For instance, his first patch of wild sweet potatoes kept getting eaten by wallabies — a very Australian problem.

One of his latest videos shows him making shrimp traps and cooking a couple of crustaceans in a tasty yam stew. Since avocado toast is probably the true reason for society’s downfall, you should take full advantage of the creek-to-table trend that will no doubt persist.

Primitive Technology Guy’s most impressive accomplishment is the time he made iron. Interestingly, his original purpose was simply to demonstrate how to concentrate air for high-temperature forges and furnaces.

To make iron, Primitive Technology Guy took a gloopy handful of orange iron bacteria from the same creek where he caught his shrimp. These bacteria oxidize iron as an energy source, and leave behind ferric iron compounds as waste. You can sometimes find these bacteria in your own water systems.

These clever techniques have electrified the Internet. To think — in just a year and a half of videos, Primitive Technology Guy reached the Iron Age. That fact alone gives this author great hope that we can quickly rebuild society after the apocalypse. Now, time to kick back with some avocado toast and the next video.