Imagine a mountain. It’s tall — as tall as the Rockies — stretching into a dark blue sky. At its base, this mountain is a distinct reddish-brown. A dusting of white covers its peak.

The mountain is made entirely of rock-hard water ice. The frost at its pinnacle is methane. And you, the observer, are viewing this scene through the lens of NASA’s New Horizons probe as it flies by Pluto. The mission’s detail-rich images continue to astound astronomers, revealing features both surprisingly Earth-like and distinctly alien.

“It’s interesting because all of our human context is on Earth. We use the same words for glaciers and mountains and dunes. But they’re innately different on Pluto,” says Cathy Olkin, who worked on the New Horizons mission as a deputy project scientist at the Southwest Research Institute’s Department of Space Studies in Boulder, Colo.

Olkin got a chance to relive the probe’s 2015 flyby of Pluto as a guide when the American Museum of Natural History hosted an online tour of the dwarf planet built from New Horizons’s data. The Nov. 18 event was “piloted” by the museum’s director of astrovisualization, Carter Emmart, using NASA’s Open Space software. Acting as Olkin’s co-tour guide was John Spencer, another member of the New Horizons team.

When New Horizons launched on Jan. 19, 2006, Pluto was still classified as a planet — it wouldn’t be demoted to dwarf status until later that August. It took the probe nine and a half years to complete its 3.26 billion-mile trip from Earth to Pluto.

Before New Horizons, scientists weren’t sure whether Pluto had any geologic activity to speak of, according to Olkin. It was once hypothesized to be a featureless “snowball” completely encased in ice. But images from the mission quickly laid that theory to rest. 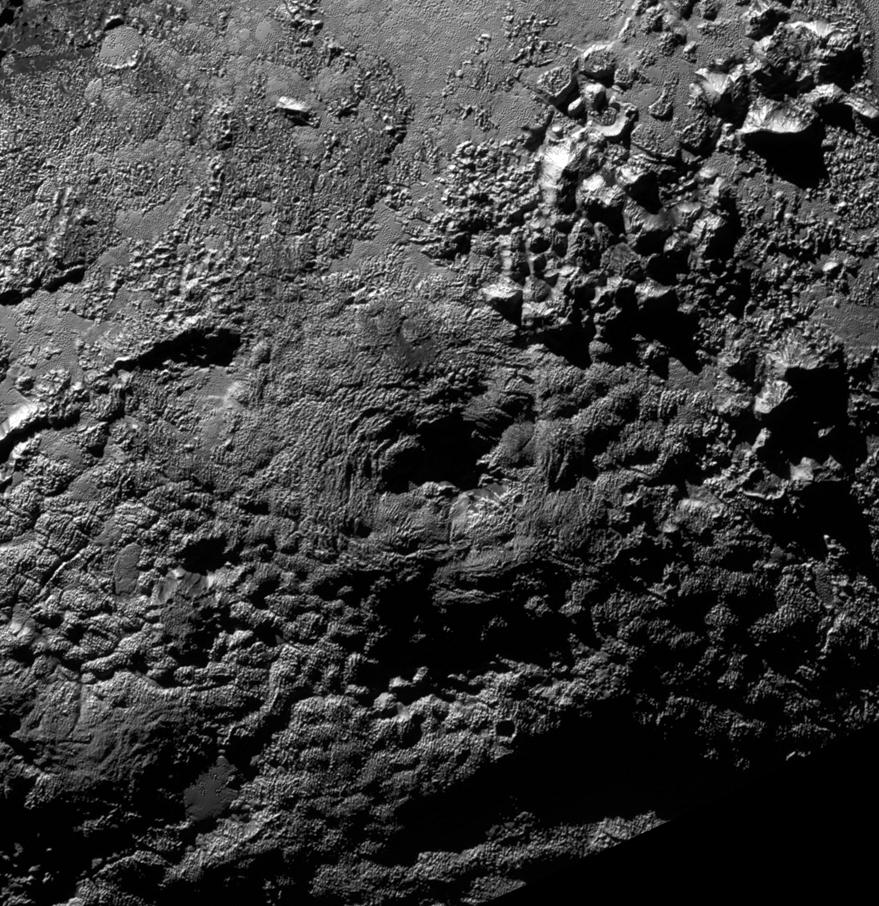 Pluto is a strange world. Take, for example, the nearly Namibia-sized glacier Sputnik Planitia, one half of Pluto’s distinct heart-shaped plain. Like most glaciers, it’s made entirely of ice. Unlike Earth glaciers, though, this ice is a cocktail of frozen methane, nitrogen and carbon monoxide.

During the online Zoom tour, Emmart piloted the virtual craft over dunes made of methane ice-sand and past the gigantic cryovolcano, Wright Mons. He hovered over a plain of pillow-shaped nitrogen ice floes sculpted by the relatively feeble heat of the planet’s core. These convection current features bubble up like soup brought to a low boil before freezing into gentle mounds. “You can see a rather similar thing happening in your own kitchen,” Spencer says. 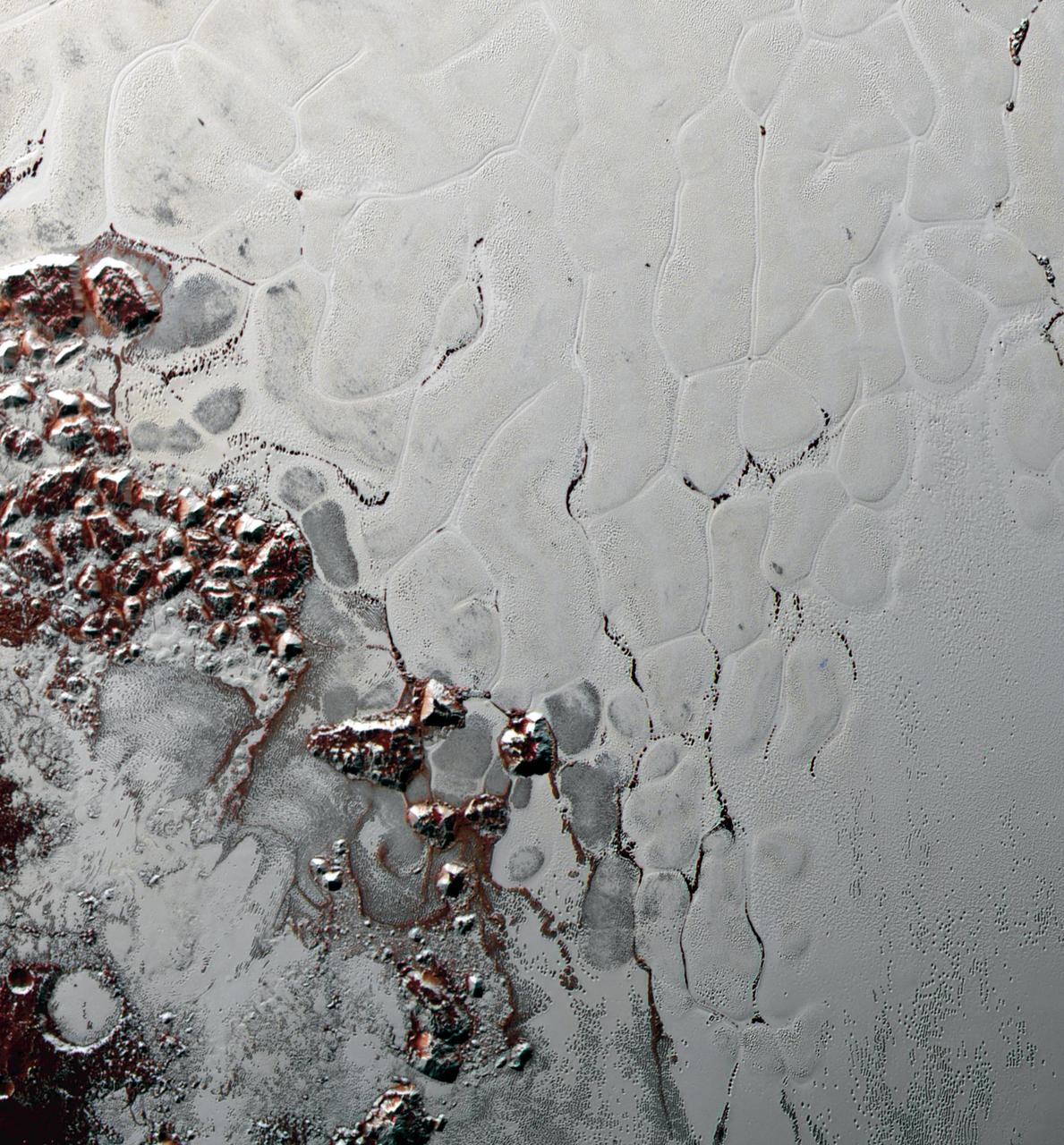 Nitrogen ices constantly churn and bubble up from beneath Pluto’s surface as they are heated by the dwarf planet’s core. [NASA/Johns Hopkins University Applied Physics Laboratory/Southwest Research Institute | CC0 1.0]

Thanks to New Horizons, we now know that the outer solar system is rich in geologic activity. And NASA’s little probe isn’t done yet. On New Year’s Day 2019, New Horizons reached its next target: the Kuiper Belt object Arrokoth. Shaped like a snowman, “it’s basically two smaller worlds that have been stuck together,” says Spencer. This bulbous hunk of rock may hold clues to how planets formed in the early solar system.

The virtual tour ended with a few final images of Arrokoth fading into the distance as New Horizons hurtled farther into the outer edges of the solar system. While its plutonium dioxide fuel supply is starting to run low, the probe will continue transmitting data until it runs out of power in the 2030s. Until then, there are plenty of new horizons awaiting discovery. 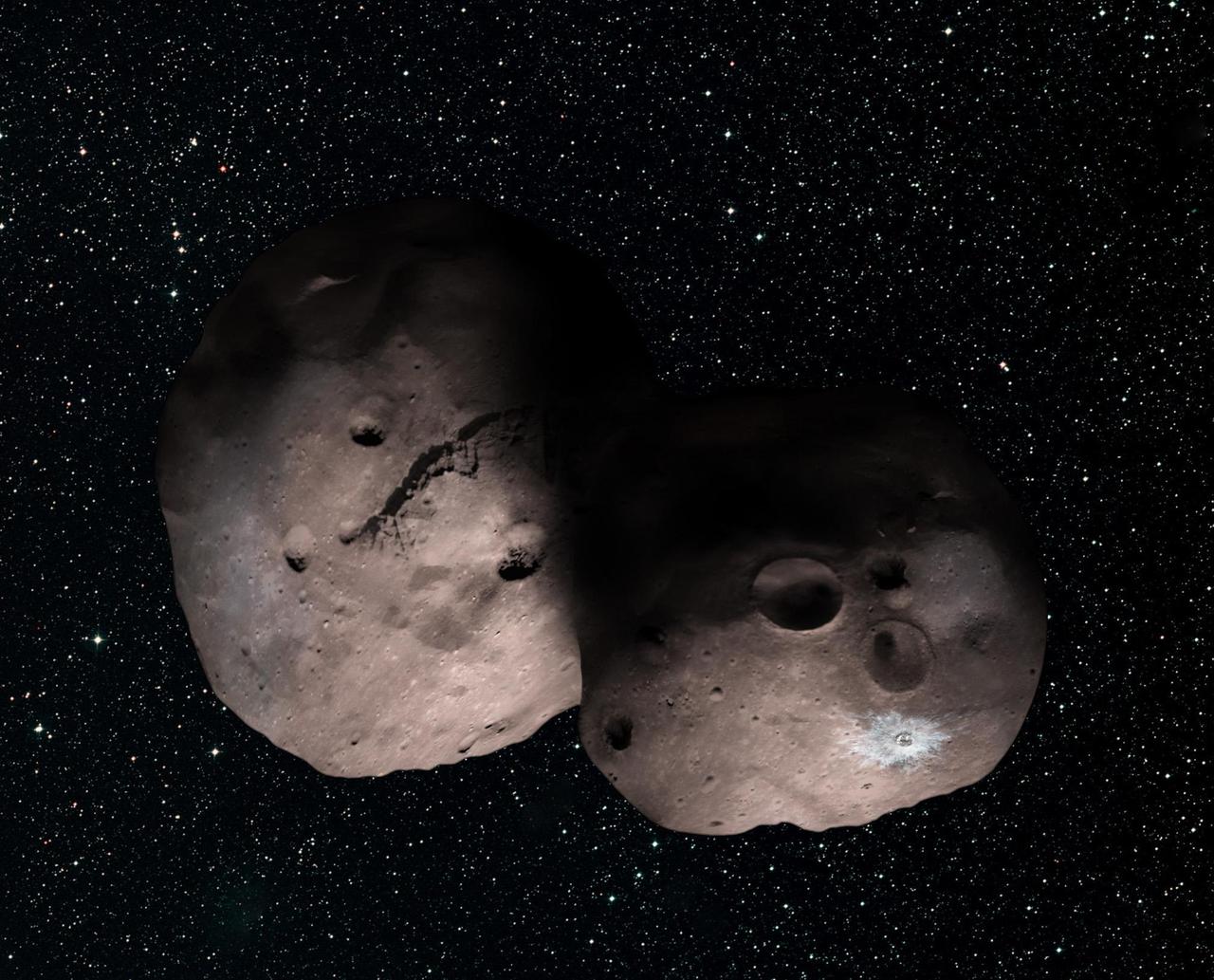 Joanna Thompson is a freelance writer, sci-fi fan, and reptile enthusiast. Sometimes she runs fast.
Find her online @jojofoshosho0 on Twitter and Instagram.