Is it possible to die of a broken heart? 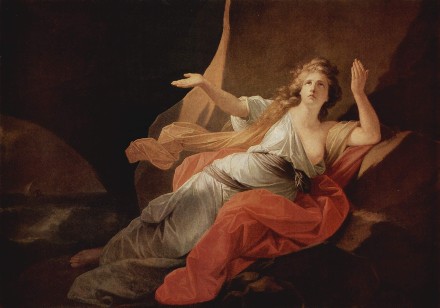 In Virgil's Aeneid, Dido dies of a broken heart. Or maybe it was the sword she threw herself upon. [TOD DER DIDO, HEINRICH FRIEDRICH FÜGEL, 1792]

Does elevating your heart rate during exercise have the same effect on you as a fight or flight response?

It’s the stuff of legends, poems, and country music lyrics. Ever since the ancient Egyptians attributed personality and emotion to the throbbing organ within the breast, the idea of dying of a broken heart has permeated our cultural consciousness. Of course, we’ve known since the Enlightenment that the heart doesn’t actually house the soul, and in the last century, the dawn of modern medical science promised to finally dispel those silly death-by-sorrow superstitions once and for all. But when researchers finally applied the scientific method to the study of heartbreak, they got some surprising results.

In 1969, a landmark study appeared in the British Medical Journal. Researchers followed 4,500 widows for 9 years after their husbands died, and found that they had a 40 percent greater chance of dying in the six months following their husband’s death. After that, the risk gradually returned to normal. And what did most of these grieving widows die of? A heart attack, of course.

Every subsequent study of a person’s risk of dying following a loved one’s death has found a similarly marked increase in their risk for a heart attack. But recent studies have shown that a much stronger effect can be seen in the risk of dying from an accident, violence, or alcohol-related problems. For this reason, most doctors suspect that it’s a change in behavior caused by grief that leads to death after heartbreak—a psychological rather than physiological phenomenon. And interestingly, this increased risk of death following the loss of a loved one is much greater for men than for the supposedly more emotional sex.

But women have their own unique worry in the face of heartbreak, according to studies published this February. Doctors at Johns Hopkins University were intrigued by patients who showed up at the emergency room following an emotional shock, like the death of a loved one or a car accident. These patients, mostly women, had classic heart attack symptoms, like chest pain and shortness of breath. But their electrocardiograms looked very different from regular heart attack EKGs, and subsequent tests showed that the heart tissue was not damaged at all. A classic heart attack (myocardial infarction) occurs when an area of the heart muscle dies. So the doctors realized that this new, rare heart condition, which they dubbed “acute stress cardiomyopathy,” must be an entirely different phenomenon.

The researchers at Johns Hopkins examined 19 patients who presented symptoms of Broken Heart Syndrome, as acute stress cardiomyopathy came to be called, between 1999-2003. Most were women, and most were in their 60s and 70s (but one was 27). None had a history of heart problems or chronic stress, and all had just received unexpected bad news or experienced a sudden surprise (including one surprise birthday party). These patients had many times the normal amount of stress hormones in their blood, and the researchers determined that these hormones, including adrenaline, were impairing the heart’s ability to pump. Luckily, all the patients recovered with little more than bed rest and fluids, and none suffered long-term damage. But if a person with a previous heart condition experiences Broken Heart Syndrome, they may not be so lucky.

So, it appears that it is possible to die of a broken heart. Of course, stress hormones and psychologically-induced risky behavior are much less romantic than the notion of sorrow alone taking a person’s life. But consider all those ancient legends and myths (see image above) that feature death by heartbreak—does knowing that they could be explained physiologically make them any less beautiful? That, my anonymous friend, is a question scienceline cannot answer.

What I can write in response all I read, it’s funny I stumble on this website googling broken heart. Pretty much everything I read is similar to my situation accept to those losing there love ones through death. That would be the hardest heartbreak to go through. And I can’t imagine it even though my heart is breaking because the man I love, left me and doesn’t love me anymore. Why did this happen, well I stood up for myself, he psychically assaulted me and denies he did and all he sees is that I called the police and he was arrested for assault. He ignores the bruises I have and only focuses on himself and how he was treated . Our relationship is a very long story and how it led up to the end. Unfortunately I’m no author and I would gave to write a short novel to tell the story.Yes I still love him and yes it’s been a week of our break up.

This was my third longest relationship and I thought when I met him and fell in love with him that I will make sure I do this right this time, show him I love him & care about him through my actions and words. But I realize I love him more and he doesnt.

I think im still in denial and hope he will come back and probably those who would read this would say why would you want him back after he abuse you.Because we did have many great days without incident, and he and myself have had very hard past. I know it’s no excuse and people think I’m crazy but love is blind and very powerful. Today I haven’t cried but it was hard waking up and knowing this is not a dream.

I know time will heal, but I know deep down he is the love of my life, my past relationship ended and there was no love left or reason to try it make it work, but this time I am and this is my punishment for loving someone so much and he doesn’t care nor love me to try and seek professional help to help us be better people in the long run.I’ve been there before I’m just now too afraid to trust or open up to anyone again. I guess time will tell and when I think clearly we only have one life to live and good or bad we just have to live it..

I want to die every day since my husband died of cancer. I hate life, I don’t know where he really is, I’ve lost my faith, friends, family don’;t understand, and I am alone, lonely, and miss him so much that I wish I would just die right now. He was my life, he is gone, and I see no reason to go on at all.

Loneliness can be a very slow and painful death, especially when you lost a love one. And for many of us that are still single with no love life it can be just as bad since we have no one to share our life with.

The way i look at it, married men will always live longer than us single men which it is fact. Where loneliness can be a very slow and painful death.

I had a wonderful bond with my Mother, my partner, who died a few months ago. It’s not abt not taking care of yourself, it’s abt not wanting to go on without your partner. She was the most active, with-it 86 yr old you would find. She tried to lift something heavy, injured her back. 1 thing led to another. I cannot believe how I miss her & the way it happened. I had recently retired & we looked forward to doing lots of things together. I keep reading stories of broken hearts. I know I have one. I just want to be with Mother. I have no reason to go on. I never married nor had kids, no friends. I hope my broken heart takes me, soon.

I am still here, I don’t know why. Over 5 months since I lost my dear Mother. I hate living in this lonely place. I do volunteer work at the hospital where I used to work. I am constantly reminded of the times I took Mother there for MD appointments, tests, and I think of the good life I had before I retired & all the bad things began happening. So many things went wrong after I retired, then Mother tried to move the couch and died 3 months later. When will my broken heart take me? I have no reason to go on. There is nothing to move on to. It’s been worse the past week or so. Can’t stop crying. I have decided to stop eating, maybe that will help my cause. I just want to be with Mother, SOON!!