The Worst Part is the Waiting 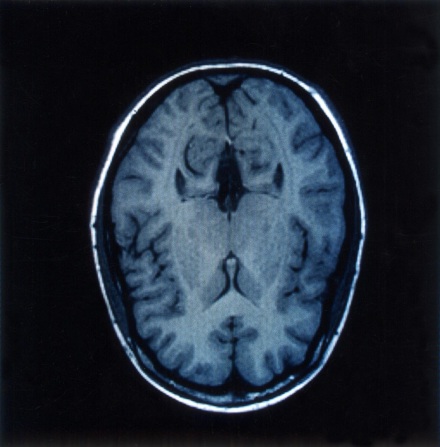 Your brain at ease. [CREDIT: National Institute on Drug Abuse]

Just knowing that something bad is going to happen makes people more apt to remember that event, say researchers.

Using magnetic resonance imaging (MRI), researchers from the University of Wisconsin-Madison observed brain activity of people as they looked at neutral and negative images preceded by a symbol—“O” for neutral and “X” for negative. People who used a certain part of their brain when anticipating the bad images that would appear after the “X” were more likely to remember those pictures later—possibly giving researchers insight into psychological problems like posttraumatic stress disorder.

“This really suggests a lot of power in our expectations,” says neuroscientist Jack Nitschke, lead author of the study which appeared September 19 in the Proceedings of the National Academy of Sciences.

Study subjects wore goggles as they lay down in MRI tubes. In these goggles, they saw “really yucky” or “really bland” pictures, explains Nitschke. The “X” clued the participant in that he or she was about to see something terrible and the “O” something benign. Each subject saw “a whole string” of images as his or her brain activity was recorded. Half the participants had a surprise memory test directly after the trials and the other half had the quiz two weeks later. In these tests, the study participants tried to pick which pictures, out of a whole slew of images, they had seen while in the MRI scanner.

People who showed increased activity in both the fear and memory areas of the brain as they anticipated seeing a nasty pictures remembered them better—both right after viewing them and two weeks later.

“The more activation in anticipation of some event, the better they are going to remember that event later on,” says Nitschke.

Previously, anticipation and emotional memory had only been studied separately. “I think this adds a nice, interesting side to emotional memory,” says Florin Dolcos, a neuroscience post-doctoral fellow at Duke University who researches emotional memory but was not involved in this study. “This [study] links a little bit more to the clinical population with an affective disorder,” he adds. Affective disorders concern the patient’s mood and include including major depression, anxiety disorders and posttraumatic stress disorder.

Re-experiencing upsetting events is the hallmark of posttraumatic stress disorder. According to the Department of Veteran’s Affairs, 30 percent of people who have been in a war zone experience PTSD.

Anticipation may play a role in PTSD, says Nitschke. “We need, in our therapy, to target anticipation to lessen worry about bad [events] in the future,” he explains.

Conversely, sometimes people want to remember certain events. “If there is something you really want to remember, it’s a good idea to spend time thinking about it,” says Nitschke.