A new book takes a look at how human language is formed, from its humble beginnings in the babbling child to its ultimate complexities of grammar and tense. 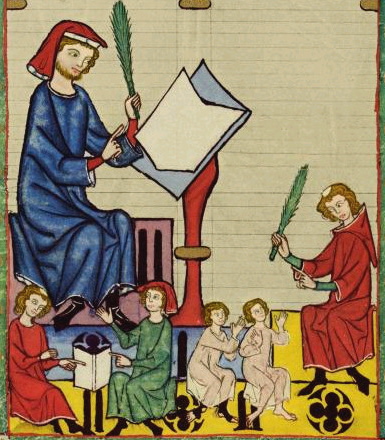 Anyone who has spent time around a toddler who is just learning to speak has probably struggled to decipher the words and sentences the child clumsily but enthusiastically utters. Why does “water” come out as “wawa”? How does “flied” take the place of “flew”? Parents may be left wondering where these missteps come from when presumably the child is learning words from the adults around him or her.

Charles Yang explores these questions and others in his engaging examination of how a child manages the remarkable feat of learning language. Yang is a firm believer in Noam Chomsky’s theory of universal grammar—the idea that, despite the seeming differences in the world’s languages, they all arose from a set of universal principles. As Yang plainly puts it, languages’ components are all “pretty much the same”: although they may use those components differently, they all have consonants and vowels, pitches and intonations, nouns and verbs.

Children learn the peculiarities of their native tongue, like the order of subject and verb, by listening to their environment (essentially, their parents). Yang skillfully takes the reader on a journey through a child’s development of, and experimentation with, language—touching on the perspective of both the child and the parent. He moves from infancy, through the time a child forms a “word factory” (to put words together) and develops grammar, in order to explore the theories that linguists have devised to explain language acquisition. With his patient tone and dry wit, he points out the strengths and weaknesses of each theory, ultimately espousing the brilliance of universal grammar.

Yang adds his own twist to the universal grammar theory by discussing an epiphany he had as a student taking a tour of the American Museum of Natural History with renowned biologist Stephen Jay Gould: If natural selection can determine the fittest members of a species, why not the fittest language? Yang convincingly argues that if a child starts off with a grammar applicable to all the world’s languages, he or she can select for the native language by hearing nearby adults speak. By constantly testing and revising speech, the child learns through selection which grammars are most fit for its environment, hence the existence of the “errors” in grammar that many youngsters make.

Some of the grammatical concepts are a bit abstract and might be hairy for the reader to negotiate. But Yang generally keeps the prose on course with entertaining and instructive examples that draw the reader into an introspective look at his or her own use of language. In one explanation of why certain sounds are easier for a child to make, he instructs the reader to feel the vibrations of the vocal cords to note the differences between certain sounds – something most of us take for granted. The reader comes to appreciate Yang’s point: that with all the complexities and nuances of language, it is amazing that we learn to speak at all.

Both his professional and parental wonder at how a child learns language “all the way from scratch” is evident. (He is both a linguist and a father after all). The examples he gives of his young son’s speech, such as his first word “wuckoo” (truck), are both humorous and endearing. Overall, Yang’s discussion is an approachable and thorough yet succinct look at one of humankind’s most remarkable achievements.