Why do I always get sick after final exams? 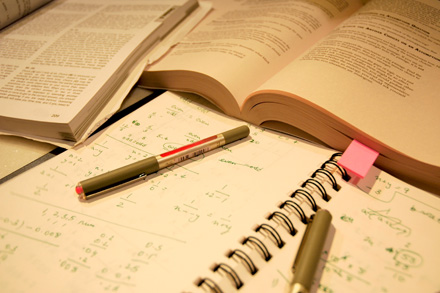 Ah, the end of another semester. You hand in your last final exam, grab a quick snack and head home for a much-needed nap before a night on the town. A few hours later you awake to a suspicious tickle in your throat, a fever, and muscle weakness – hardly conducive to an evening of celebratory barbecues and brews.

There is no well-accepted medical explanation for the post-finals cold or flu, but there is some evidence that the mental stress and strain of studying, as well as the changes in sleep patterns characteristic of the cramming co-ed, may make some individuals more susceptible to sickness. For example, a 1996 paper by researchers at Ohio State University and the University of Wisconsin found that exams were “a salient cause of altered immune responses,” though the paper also notes that “in general the health significance of these immune alterations remains to be determined.”

Good health depends on a properly functioning immune system, the complicated network protecting the body from potentially threatening bacteria, viruses, and other foreign invaders, like cancer cells or transplanted tissue.

Before invaders enter the system, the skin and mucous membranes act as physical barriers keeping many nasty critters out. Those that do enter the body face a dual attack by general defense cells and proteins, as well as by highly specialized humoral and cell-mediated immune system branches, which attack foreign invaders as well as already compromised host cells.

White blood cells are also integral to the immune system. A subset of white blood cells, the lymphocytes, become further specialized into a variety of cells that cooperatively help to keep both the humoral and cell-mediated immune branches running smoothly.

Because the immune system relies on the coordinated production and action of many different types of cells, physiological conditions that alter the balance between the immune branches or the function of individual immune cells may have detrimental health effects. Apparently, preparing for and recovering from academic exams can be one such condition.

Interestingly, researchers analyzing blood samples from a group of healthy and asthmatic adolescent students before, during, and after exams found measurable changes in the levels of certain lymphocytes in both student populations during and after the exam period. In addition, a group of immune cells that normally break open infected cells were less active in blood samples taken at exam time than at other time points, according to the researchers. Such changes could potentially compromise immunity, making students more susceptible to infection.

Peter Uchakin and colleagues at the Mercer University School of Medicine, Wyle Laboratories, the University of Texas Houston Medical School, and NASA also observed immune system effects in first year medical students in the 24- and 48-hour periods after a first semester exam. In addition to other effects, they detected decreased secretion of certain immune signaling molecules and changes in the balance between the humoral and cell-mediated branches of the immune system.

Though they followed only a small group of students, their findings, published in 2001, support the idea that “an academic examination significantly altered immune responsiveness.”

The cause of such immune system effects is unclear. There may be a seasonal influence, but it does not appear to be sufficient to explain all of the observable changes. “Psychoemotional stress” appears to contribute as well. “Taken together, the majority of studies illustrate that psychologic stressors may have a distinct suppressive effect on human immunity,” Uchakin and colleagues wrote.

Academic examinations are “a real-life complex stressor that includes the cumulative effects of the chronic stress of preparation for examination, the acute stress of taking an examination, and the tension of awaiting the results,” according to the researchers. “These stressors can detrimentally alter the performance of many students each year, and increased sickness among them is well documented.”

Some theorize that the immune system senses stress through hormones, the chemical signals released into the blood by the endocrine system. Stress is one of many triggers that can alter the body’s hormone profile, according to studies like one published by researchers at the Ohio State Medical Center and Pennsylvania State University in 1995. Letting the pressures of exams get to you may be part of the problem, according to their results.

In their study, researchers analyzed levels of several hormones in the blood of first year male medical students before, during, and after final exams in three different years. Students who scored highest on a perceived stress test also had increased levels of cortisol, a hormone suspected of dialing down the immune response. In other words, an individual’s personality and ability to deal with stressful situations appears to affect their physiology. This and similar research has fueled speculation that there may, indeed, be a scientific basis to the holistic concept of a mind-body connection.

If all-nighters are your standard study approach, you may be affecting your immune system in other ways, since sleep influences both the release of hormones and the immune system itself. Regular sleep can shift the balance of the immune system, according to a paper published by German researchers in 2004. They observed a swing from humoral to cellular immunity early in the sleep cycle but the opposite effect later in the sleep cycle, suggesting an intimate relationship between sleep and immunity.

Whatever the cause, chances are your miserable malady is already in retreat and good health is just around the corner. Until then, not to worry: take a few Tylenol, grab a glass of OJ, and rest up. The next semester will be here in no time.

I seem to get sick after finals every time. This article makes me feel a bit better. At least there appears to be a scientific reason!

I know this was posted in 2007 but I would like to see the reference page for the sources mentioned in this article.

Lol. I can’t believe I ended up cramming again… Last semester I had a cold the day after my last final. Hope I don’t get sick again :(

Yesterday, I completed my last final to culminate my degree after 1.5 years of specialized clinical and accelerated classes.

….but my degree is finished!!

I am an amateur singer/actor and literally get sick aroumd the time of every performance I’m in. It could be something like this.

I get sick in the middle of every finals week like clockwork. Last summer I got sick for over a month and I just finished finals again, big surprise I can’t sleep and I’m falling apart.