Is there really a truth serum? 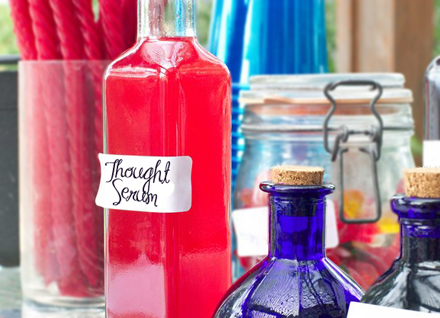 As a recent Alias addict, I found myself watching an episode in which Will, the journalist friend of the main character, was given a truth serum before an imminent interrogation. He was able to counteract the effects with a concentrated dose of methamphetamine (how that helped, I still don’t know) and everyone lived to see another episode.

It turns out the pop-culture fanfare surrounding truth drugs might not be merited. When people commonly refer to “truth serum,” they generally mean sodium thiopental. It inhibits GABA, a sort of all-purpose neurotransmitter that conveys signals around the brain. Because GABA receptors occur all over the thinker, inhibiting these transmitters generally reduces the level of brain activity, making it harder to think straight – or formulate a lie. The chatty, relaxed state sodium thiopental induces is similar to what happens when imbibing alcohol, and according to a Washington Post article, intravenous alcohol was the first truth serum.

Though some have accused the CIA of using truth drugs against them, most recently Al-Qaeda suspect Jose Padilla, the organization itself seems to doubt the usefulness of the drug as an interrogation tool. A CIA study from 1993 concluded that sodium thiopental and other barbiturates “may sometimes be helpful in interrogation, but even under the best conditions will elicit an output contaminated by deception, fantasy, garbled speech, etc.” Although the report specifies particular incidences where truth drugs might be effective, it also concludes that truth drugs seem to elicit unreliable information that is often not true.

There are a myriad of other uses for sodium thiopental: it is used as a veterinary anesthetic (find out how to administer to your pet elephant here) and, in most states, is the first drug given in executions by lethal injection.

Additionally, it’s most used as part of the three-drug concoction to induce surgical anesthesia: sodium thiopental is the first drug given to patients, producing a loopy feeling and initially knocking them out. However, the barbituate is not what keeps someone under during surgery – gases like sevoflurane or halothane are used instead because patients regain consciousness faster post-op with inhaled sedatives.

In an interview on NPR’s show Day to Day, Dr. Ronald Miller, chairman of anesthesia at the University of California, San Francisco, said that when doctors give the drug sodium thiopental, patients occasionally go through a phase when they “jabber” about things they wouldn’t normally talk about, as if they’ve had a couple of martinis – another good reason for doctor-patient confidentiality.

In light of all of this, perhaps Alias’ fearless journalist Will need only have been given a few hard drinks – or simply could have muddled through his interrogation without the hefty meth-antidote. However, feeding a prisoner a couple of margaritas just doesn’t seem as tough.