The Unanticipated New Use Of Avandia 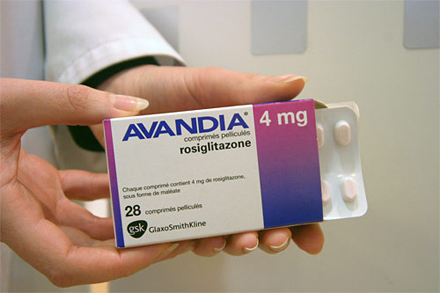 Off-label drug use is fraught with controversy, but researchers are hopeful that current studies of off-label use could capitalize on the discovery of a breakthrough treatment process: drugs used to treat diabetes may also be used to treat Alzheimer’s disease.

Alzheimer’s disease is a disorder that affects the elderly and progressively causes them to lose their ability to remember and make judgments with simple everyday tasks. Eventually, Alzheimer’s patients can become bedridden and lose control of their whole body. The disease affects over five million people in the United States, and because there is no cure, any promising treatment is met with great excitement.

Though researchers still aren’t sure why the link exists, many believe that it’s due to the way Alzheimer’s disease affects converting sugar into energy in the brain and causes the symptoms of dementia so commonly associated with the disease. That lack of energy means that information is not getting to the places it needs to go in the brain, like the cerebellum, or memory center. Diabetic drugs normalize chemical flow, so if the brain is getting the chemicals it needs to function properly, it could mean better brain function for the elderly.

“There’s a general excitement here,” said Steven Ferris, executive director of the Silberstein Aging and Dementia Center and New York University Medical Center. “There’s a transformation in the field. There are new drugs and new strategies, and they’re not just symptomatic treatments.”

Doctors aren’t jumping at the opportunity to prescribe diabetic drugs for Alzheimer’s just yet because they lack a clear grasp of why this connection exists, but the opportunity may present itself very soon if the FDA condones the practice. At NYU Medical Center, researchers are recruiting patients with Alzheimer’s disease for a Phase III trial of Avandia, an oral drug used to lower blood sugar in diabetics, in Alzheimer’s patients. At this stage in clinical trials, a drug already known to be safe and effective is tested in comparison with the already used treatment, to see whether the new drug works better than the standard.

“The previous research has shown that Alzheimer’s patients who take Avandia show significant improvement in cognitive tasks,” said Aquanette Sass, research coordinator at the Silberstein Institute for Aging and Dementia. Phases I and II have gone well enough to proceed, but Phase III is a very key stage and may very likely determine whether prescribing Avandia for Alzheimer’s becomes commonplace.

It is generally difficult to get any drugs approved for Alzheimer’s because of problems in conducting the clinical trials needed to evaluate their effectiveness. Patients exhibiting symptoms of dementia need caretakers to provide consent, and many parts of a clinical trial involve question-and-answer sessions with patients in order to provide the full picture of how and if a drug works.

For patients being evaluated for clinical trials such as the one for Avandia, the Global Deterioration Scale, or GDS, is almost universally used. It combines blood and spinal fluid samples with memory tests and clinical evaluations. The seven-stage scale is accurate in describing symptoms, but once patients fall beyond stage three, or mild cognitive impairment, it becomes successively harder for them to improve in their daily tasks. The problem with testing drugs is that many times, it may be too late to study a reversal in symptoms.

“It’s like these people wake up one morning and there’s this drastic change,” said Christine Weber, a clinical neuropsychologist at the Silberstein Institute.

Researchers are hoping that as more and more people are made aware of the warning signs of Alzheimer’s, they’ll have more success recruiting trial subjects whose symptoms may be reversible. “We’re having a little trouble recruiting for the study,” Sass said. “But we’re hoping to get it going this summer.”