How can you overdose on BenGay? 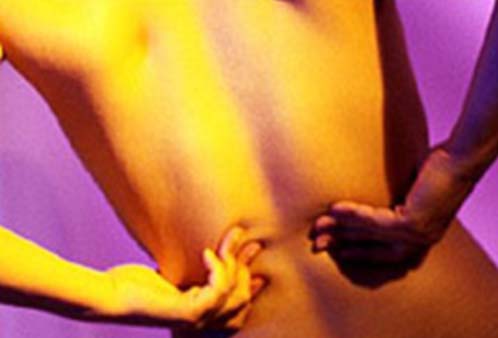 The right drug for the wrong disease?

Can plastic bottles make me sick? And what the hell is Bisphenol-A?

While most of the time consumers pick BenGay up off the shelf without a second thought, the recent death of a 17-year-old track star—because of the ointment—made the public pause. Arielle Newman, who regularly used BenGay to relieve the aches and pains resulting from her track training, died from an accidental overdose of methyl salicylate, the active ingredient found in BenGay.

Methyl salicylate is found in many over-the-counter creams, ointments and lotions that are used to help relieve muscle aches and pains. Products like Icy Hot, Bayer Muscle Joint Cream, BenGay and Tiger Balm all have varying levels of the chemical, which is found not only in liniments, but also in aspirin products.

The most potent form of methyl salicylate is oil of wintergreen, a liquid concentrate that comes from wintergreen leaf fermentation (or, now, can be made synthetically). The oil is used medicinally, either in herbal treatments or more traditional methods, to treat headaches, muscle pains and stomach disorders. It’s also included in food, candy, gum and toothpaste as flavoring, while other companies use it for air fresheners.

Oil of wintergreen contains 98 percent methyl salicylate, so it’s highly toxic in its pure form. In young children, a teaspoon of oil of wintergreen is equivalent to taking 22 adult aspirins—and, therefore, is lethal. (Keep in mind, however, that one would have to eat spoonfuls of ointment to ingest a teaspoon’s worth of the oil.) While common, over-the-counter ache-relief products contain a much lower percentage of methyl salicylate than is contained in oil of wintergreen—for example, both Icy Hot and BenGay Extra Strength contain 30 percent, the highest percentage of all topical creams—their toxic potential is real: The U.S. Food and Drug Administration mandate that any product containing five percent or more of methyl salicylate carry a warning label stating it must be used as directed and kept out of the reach of children. Lethal, however, is never mentioned—so what circumstances lead to Newman’s death?

One of the warnings on the BenGay label explains the cream shouldn’t be used with a heating pad. These devices open pores and also cause the cream to melt, spreading it over a larger surface area. These two seemingly innocuous circumstances increase absorption of the cream into the body, and can lead to an overdose of methyl salicylate. While Newman never used a heating pad, she applied BenGay before a track meet, where her running and sweating acted as a sort of heating pad, resulting in over-absorption and toxicity.

Liniments can also become toxic when the creams are mixed with other members of the salicylate family, such as aspirin or the stomach-calmer Pepto-Bismol. A topical cream sinks into pores, reaching muscles and nerves close to the skin. However, some of that medicine also enters the bloodstream. If you were to then ingest a type of salicylate, like aspirin, on top of using an ointment, the chemical could build-up in your bloodstream, acting as a poison. Not only that, poisoning can result from mixing several different brands that contain methyl salicylate. In fact, Newman’s autopsy results showed that she was not only using BenGay, but she was also using adhesive pads which contained the anti-inflammatory and an additional third unidentified product. Doctors said the combination of salicylate products lead to the high levels of methyl salicylate, which caused Newman’s death.

According to an article in the Journal of Emergency Medicine, while there are several case studies of methyl salicylate mortality, there are no dedicated reviews. The author writes, “A medical literature search found many case reports and a few case series involving methyl salicylate intoxication, yet failed to reveal any clinical studies.”

It is extremely rare for individuals over the age of 12 to experience methyl salicylate poisoning, mostly because of the greater body mass of an adult compared to a child. Additionally, the JEM article notes the consistency of creams and ointments containing methyl salicylate makes ingestion of large volumes difficult. That, combined with the low concentration in the creams, makes significant toxicity from liniments unlikely.

But unlikely is not impossible: The widespread over-the-counter availability of these products makes consumers mistakenly assume that they’re all safe, all the time. This assumption usually only holds when any drug is used as directed and by itself.

Has anyone ever had a reaction to this product and had sinus problems like overly sensitive to smell. I’ve been using this a while and just started having bad sinus issues. Thanks trying to rule out the. Reason