Can plastic bottles make me sick? And what the hell is Bisphenol-A? 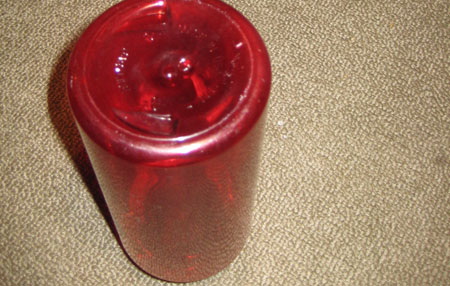 ** Editor’s Note: The staff of Scienceline is taking a short break to work on future stories. This article originally appeared June 16, 2008.**

It seems like every bit we eat or drink is shrouded in plastic. Plastic hugs our microwave burrito, scrambles our eggs, houses our water and feeds our babies. But is it a problem for our health? Well it depends on what kind of plastic, what you’re doing with it, and whom you ask. Bisphenol-A, a plastic ingredient, may be on your mind because its safety has recently been called into question.

Three big things must be true for a plastic to harm you. First, it has to have something harmful in it. Second, the harmful substance needs to get out of the plastic and into you. And third, it needs to have enough of that stuff to do you damage.

Polycarbonate, a type of plastic, meets at least two of these three criteria for harm. It contains an ingredient, Bisphenol-A (BPA), which has garnered a lot of attention lately because of its use in baby bottles and its potential to damage developing humans and animals. Studies have found that BPA can migrate out of the plastic into foods and beverages, and then into you.

The bonds that hold BPA molecules together in a polycarbonate can disintegrate over time, when heated, or exposed to acidic or basic substances. Because of this, the BPA is never really safely locked away.* It’s that freewheeling, loose BPA that attaches to the food or beverage in a polycarbonate container and then leaches into your body.

In the body, BPA acts as an endocrine disruptor—masquerading as a sex hormone. This is a particular problem for sexual development, which is dependent on precise hormone signaling: Grow now! Develop hair! Don’t have breasts—you’re a boy! Studies have shown that BPA can harm developing rodents, even in small amounts. The question is whether it can harm humans in the amounts to which we are regularly exposed.

This spring, the Canadian health authority decided to try to ban baby bottles made from polycarbonate plastic. Even though the authorities concluded that the amount of BPA getting into people is less than a safe level, Canadian health officials worry that even very low levels of BPA could harm developing infants and children. Tony Clement, Canada’s Minister of Health said in his speech, “it is better to be safe than sorry.”

The United States Food and Drug Administration says that for now, BPA is safe for humans of all sizes and ages because more than three times less BPA gets into us than the level the government deems safe (0.05 mg per kilogram body weight per day**). But in a review published in 2007 in the journal Reproductive Toxicology, scientists argue that there have been more than 40 studies showing BPA causes harm in doses lower than the human safe dose.

Meanwhile, after reviewing over 200 individual BPA studies, a National Institutes of Health toxicology panel concluded that there is “some concern” that the amount of BPA coming out of polycarbonate baby bottles or the lining of cans can harm developing humans. “Some concern,” the report explains, means halfway between “negligible concern” and “serious concern.” It’s not definitely deadly, but it’s not safe either.

To sum up, people are not exposed to BPA at the level that the United States government says is dangerous. But many doubt the accuracy of that “safe level.” If knowing there’s even a small bit of BPA in polycarbonate bottles is enough to put you off, it may be time for you to switch to another food/beverage storage system.

*Correction (June 17, 2008): The two sentences that begin this paragraph originally said: “BPA is a molecule that binds the ingredients of a plastic together. But in a chunk of polycarbonate, not all of the BPA gets linked into the plastic.”

Lots of people are having mercury fillings removed and replaced with composites out of fear of the mercury. What will they do when they find out that the composites release BPA? Incredible.

Thanks for sharing this article, it was very informative. I think that plastic bottles are getting a bad rap. If you know which plastics are safe to use, you are not putting yourself in too much danger.

how about just quitting plastic altogether – get a thermos