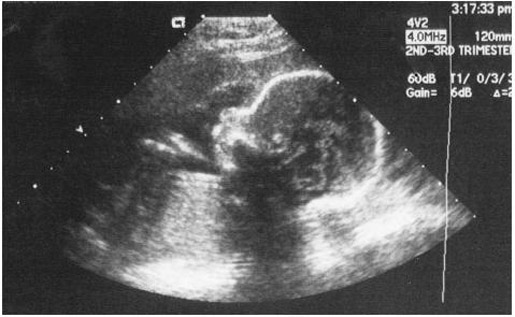 They are iconic images of pregnancy: Expectant parents watching their squirming baby-to-be on the ultrasound screen, or a mom reclining on the couch while headphones playing Mozart hug her growing belly. But how much of this early attention is actually perceived by the developing fetus? As it turns out, it may be quite a lot.

Researchers note that fetal auditory perception has been observed at 30 weeks’ gestation; in fact, there has been much research done to demonstrate this. In 1999, researchers at the Universite de Paris V and at the University of North Carolina at Greensboro examined whether 36-to-39-week-old fetuses could perceive differences in musical notes. They found playing a single note caused fetuses’ heart rates to slow, and changing the note after a spell caused the heart rate to change again.

In a 2003 study, 38-week-old fetuses showed off their ability to recognize voices. Researchers at both Queen’s University in Canada and Zhejiang University School of Medicine in China played recordings of either the mother’s or a stranger’s voice over a loudspeaker. They discovered that the mom-to-be’s voice caused the fetus’ heart rate to increase, while the strange voice caused it to drop. This result was interpreted to show that the experiences of the fetus during gestation impact future speech processing ability.

Music and voices are among the stimuli that babies are adapted to listen to after birth, so it seems logical that these sounds would have an effect on a fetus in the womb. Some researchers, though, uncovered a surprise when fetuses reacted to something they wouldn’t be able to hear once born: an ultrasound.

Ultrasound exposure must always conform to the principle of ALARA, or As Low As Reasonably Achievable, when obtaining the necessary pictures, explained Dr. Deborah Levine, in the Department of Radiology at Harvard’s Beth Israel Deaconess Medical Center. It is recommended that a transducer–the wand that is run across the mother’s belly–operate at three to five million hertz (cycles per second). By comparison, human hearing can only detect frequencies from 20 hertz to about 20,000. Therefore, the expectant mother cannot perceive the frequency of her ultrasound scan, but Ogburn’s research indicates that the same is not true of her baby.

Ogburn and his colleague Mostafa Fatemi, a biophysicist and engineer with the Mayo Clinic, studied fetal reactions to ultrasound waves, which travel through flesh and amniotic fluid differently than they do through the air that mediates adults’ hearing. They found that fetuses do move more frequently under ultrasound than under normal conditions, and their heart rates increase. Typical fetal movements in the third trimester range from one movement every two minutes to almost two movements a minute, they wrote, citing a prior paper. In their study, fetuses 25-to-40-weeks-old moved an average of almost three and a half times a minute when presented with pulse ultrasound.

Fatemi said that for a fetus, the experience of ultrasound is similar to the experience an adult would have at a rock concert or standing near a jackhammer. Ogburn noted that the medical community has assumed that ultrasounds are a way of eavesdropping to show the normal behavior of a fetus, but in fact the ultrasound machine itself may be subjecting the baby to unusual conditions.

“If you come crashing in with a loud machine, with ultrasound, or if you come in crashing pots and pans into the nursery, you may see a different baby than you would have seen if you snuck in quietly,” Ogburn explained.

Though Ogburn and Fatemi stressed that their research did not address the possible health implications of these findings, obstetric ultrasound is considered to be safe when the scan stays within the settings that are approved for use on fetuses, explained Harvard’s Levine—even if the procedure does interrupt a nap… or a Mozart concerto.

How do you account for the pressure introduced into the experience by the actual scanning of the maternal abdomen? Applying pressure to the maternal abdomen/uterus is a tried and true method for increasing the fetus’ movements. Separate the soundwaves from the scanning and this will be a more appropriate and potentially useful study and answer for Mary (and all of us).

I wonder how well a fetus can hear and if Mozart does make a difference. Wouldn’t the fetus just tune out the music it hears too much? Can fetuses even do that?