A pioneer of genetic screening discusses his early successes and the future of the field. 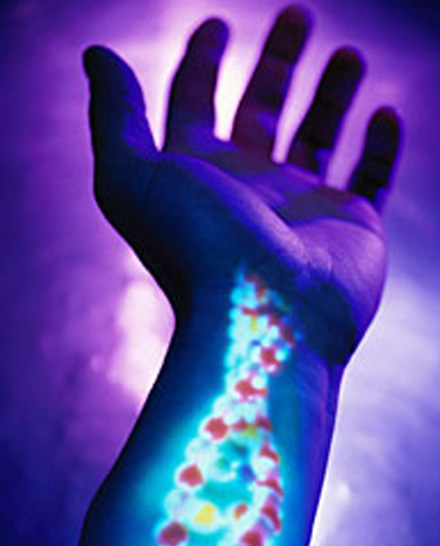 Harry Ostrer refused to confine himself to the laboratory as a young medical student researching Tay-Sachs disease, a fatal disorder affecting Jewish people around the world. Instead, he visited hundreds of Jewish community centers in New York City throughout the late 1960’s and early 1970’s, in an attempt to identify carriers of the disease through the relatively unknown process of genetic screening.

“It was the first time anyone had done population-based screening,” Ostrer said, explaining that when the test results showed that both a potential mother and father were Tay-Sachs carriers, he would urge them not to have children.

Tay-Sachs is caused when two disease genes, one from each parent, are passed down to a child. If a child receives only one disease gene, he or she will grow up healthy but has a 50 percent chance of passing on the disease gene to future generations. As a result of genetic screening, far fewer babies have been born with Tay-Sachs, with about five cases diagnosed per year in the United States, according to Ostrer.

A child with Tay-Sachs develops normally for the first few months of life and then begins to suffer major degeneration in his or her nervous system. He or she will become blind and deaf and lose the ability to swallow. Tay-Sachs patients usually die by age three.

Tay-Sachs testing was the first major success story of genetic screening. Since then, though, things have gotten more complicated. Now, screening can often be done on embryos, forcing couples to make agonizing decisions when tests find that fetuses have fatal disorders.

“It’s a tough decision,” said Ostrer, who continues to work as a geneticist and perform this kind of screening. “There are two possibilities [for disease carrying parents]. Either you don’t have children or you get an abortion.”

Though Ostrer believes that embryos do not have “souls,” he said that geneticists are always looking for ways of preventing abortion. That can be very difficult, however, because treatments are not available for some of the diseases identified through genetic testing.

Ostrer also deals with what he calls the “dark side” of genetics, when screening for one disease leads to the discovery that a person is at high risk for developing a totally different disease. For example, newborns who test positive for Gaucher disease, a metabolic disorder that makes a person unable to break down certain fatty substances in the bloodstream, can be ten times more likely to develop Parkinson’s disease later in life, according to the National Institutes of Health.

“We may be getting more information than we bargained for,” Ostrer said.

Because of the potentially damaging information genetics can reveal about a person, Ostrer is encouraging the New York legislature to make sure that informed consent is given by patients who are screened for genetic diseases. He also wants to ensure that genetic information doesn’t lead to discrimination in employment, housing, or health care, but that has proven to be an uphill battle.

“It’s stalled in Congress, despite the fact that many people in Congress want to see this bill passed,” said Ostrer. He also pointed out that the Health Insurance Portability and Accountability Act of 1996, or HIPAA, which regulates laws and penalties concerning patient privacy, does not have specific provisions regarding genetic information.

Most of the difficulties in insurance coverage come from the insurance companies themselves, according to Arthur Caplan, director of the Center for Bioethics at the University of Pennsylvania. He said insurers fear that people who have pre-existing conditions will buy more insurance, since they are more likely to have health problems, and cause the companies to lose money.

“Since there’s a penalty for not reporting a pre-existing condition, it’s difficult to say whether HIPAA would give you protection or not,” Caplan said.

Caplan also said that the “dark side” of genetics can reveal two especially difficult pieces of information. The first piece concerns relatives: should they be told about genetic diseases that may be running in their family? The second concerns paternity: genetic screening could also reveal that a child was conceived by another man, different from his or her father figure.

“Basically, informed consent becomes ‘We’ll tell you as much as you want to know, and you set the limits,” Caplan said.

Even with the difficulties regarding patient confidentiality, the success of genetic screening in regards to the prevention of Tay-Sachs cannot be ignored.

“There are things that we can do medically that can make drastic changes in people’s lives,” Ostrer said. “Having a child with a birth defect is an enormous tragedy.”

The Jewish community fully embraces Ostrer’s success. Today, even Jewish matchmakers study the results of genetic screening for Tay-Sachs and avoid putting two carriers together. A person of Ashkenazi ancestry has about a one in 30 chance of being a Tay-Sachs carrier, and couples with Tay-Sachs gene carriers are counseled about birth control and abortion options.

Dear Mr. Leach,
I would like to point out a few inaccuracies in this article. First, there are at least 12-15 new Tay-Sachs cases per year in the US. Second, carrier couples have more options that simply do not have children or abortion: Pre-implantation Genetic Diagnosis (PGD) combines the technology of in-vitro fertilization with genetic screening so only healthy embryos are inserted in the womb, assistive reproduction and adoption. Third, preliminary data suggests that certain Gaucher mutations are associated with an increased risk of developing Parkinson’s Disease but additional studies must be done before a direct correlations can be determined.

Please feel free to contact me offline to discuss this further.

I agree with Ms. Crawford’s comments and think it is important to add that the increasing occurrence of Tay-Sachs disease among people who are not of Ashkenazi heritage is completely missing from this article. Persons of other ethnic ancetry, including French-Canadian and Cajun maintain the same Tay-Sachs carrier risk as Ashkenazi Jews, and those of British Isles descent have a higher carrier rate than the general population. One in 250 of the general population is a carrier. It seems that whenever Dr. Ostrer discusses Tay-Sachs, its occurrence and risks, he always limits his comments to the disease within the Jewish community. While that may be his realm of experience, Tay-Sachs, like most other lysosomal storage disorders, is pan-ethnic – knowing no geographic, religious, or socieconomic boundaries – and is devastating genetic disease equalizer. Anyone can be a carrier of Tay-Sachs. What does that say for specific population screening? Until that message gets out, only part of the story is being told, and a public health disservice is being done.

Harry Ostrer does not believe that embryos have souls, a belief held by many. But if they do, is abortion for lifestyle and research contributing to a global holocaust that dwarfs the horrors of Nazi Germany? Until proof exists, I will stay well on the safe side and assume the spiritual and physical are joined at conception.

Thank you This was very useful. im doing a project on tay-sachs and this really help the most out of all the websites ive been too…thanks

For anyone else like myself and Morgan who are doing projects or papers on TSD, you should check out YGYH.org if you have not already. It provided an excellent detailed explaination of the hexa protien defects and how the gm2 gangliosides accumulate in the lysosomes of the neurons of the cns…later!