A new study adds weight to the link between IVF and some birth defects, but much remains unexplained. 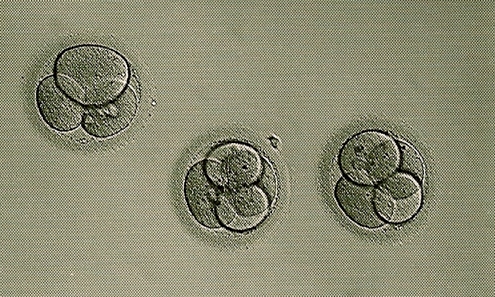 A new study supports past findings that children conceived using assisted reproductive technology, such as in vitro fertilization, may be at higher risk for some birth defects than babies conceived naturally. However, speculation remains as to whether the fertility treatments themselves are responsible for the increased risk, or if the reproductive health of patients that turn to these procedures to get pregnant explains the effect.

The recent study, led by Jennita Reefhuis at the Centers for Disease Control and Prevention and published by the journal Human Reproduction, identified an increased risk for four of 25 birth defects, including certain heart defects and digestive system abnormalities, for babies born using assisted reproductive technologies. The study data came from a database of nearly 10,000 children born with birth defects and 5,000 healthy children taken from populations of similar parents.

“The study results add further weight to the argument that an increased birth defect risk exists,” Michele Hansen, an Australian researcher on assisted reproductive technology, or ART, and child health wrote in an email. “The study adds more information since it is big enough to examine the risk of a number of specific birth defects, which most studies have not been able to do.”

Children conceived using ART were about twice as likely to have certain heart defects or to be born with cleft lip and four times as likely to have a defect in the digestive system in which the esophagus or rectum is malformed, compared to those conceived without these procedures. The study found no increase in risk correlated with ART for twins or other multiple births. However, Reefhuis said that this lack of effect may be due to the smaller sample size of multiple births or because children born as part of multiples are known to have a higher risk of birth defects regardless of fertility treatment.

In ART procedures, both sperm and eggs are handled outside the body. In vitro fertilization, or IVF, is the most common ART procedure. Sperm and eggs are removed from the potential mother and father and mixed in a Petri dish. Then the eggs that are successfully fertilized are transplanted back into the uterus. In other ART operations, eggs may be transplanted directly into the fallopian tube. All ART procedures are rare, accounting for only about three percent of infertility services, according to the American Society of Reproductive Medicine. These invasive techniques are generally a last resort for couples trying to have a child when strategies like medication and therapy fail to lead to pregnancy.

“If [the potential parents] are candidates for less aggressive treatments, usually they will do that first,” said Dr. Lynn Westphal, head of Stanford University’s Fertility and Reproductive Medicine Center. “The people doing IVF are the patients that have no other way to get pregnant.”

It is possible that underlying health problems that result in infertility in couples using ART may be accounting for the increased risk of some birth defects in children born using these procedures. “An infertile population is not the same as a regular fertile population,” Westphal said. “If you look at couples that have fertility problems, they have [more] problems even if they get pregnant on their own.”

Given these underlying issues, some of which may be genetic — abnormalities in a parent’s set of chromosomes, where genetic information is located, for example — teasing out which effects are due to the fertility treatments themselves is incredibly difficult. “Ideally we would identify women who have trouble getting pregnant but who do conceive eventually and compare them to women who use ART,” Reefhuis explained. She is also planning on looking at women who use fertility drugs to get pregnant, representing a sample that has fertility issues but successfully conceives without undergoing invasive procedures.

Reefhuis hopes that the results of her latest study will help the 7.3 million American women affected by infertility make the decision about how to go forward with fertility treatments. “I really want couples considering ART to be fully informed,” she said. “These parents have looked a lot at the risks and benefits. Any additional information is useful.”

Both Reefhuis and Hansen emphasized that the increase in risk found in the latest study was a small one and should not necessarily deter couples from using these techniques. “It is important to keep risk estimates in perspective – ART has helped many couples have healthy children, and for those children who are affected by a birth defect, many can be treated,” Hansen wrote.

Because the chances of having an unhealthy baby are still low, Westphal says the reported increased risk of some birth defects correlated with ART has not been a significant deterrent for the patients she sees. “Usually most of their concerns are about immediate things, concerns about the procedure itself,” she said. “I haven’t had patients that decided not to [use IVF] because of concerns about increased birth defects. The absolute difference [in risk] is very small. Most children that are born from IVF are normal.”

Can genetic screening reduce the incidence of birth defects?

What happens to long-term users of the pill?

Very interesting post. I agree that people should always be well informed on the most current scientific findings when making a decision to get fertility help.

Kellie makes the right point about couples being well informed on these risks. But I wonder how often genetic counseling is provided in these situations. Maybe it should be made mandatory, either by medical practitioners or by insurers?