A new study finds that gut microbes may help protect against the onset of type 1 diabetes. 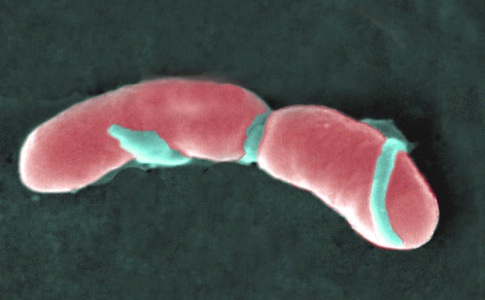 While some bacteria can make you sick, they are not all bad. Your gut is full of microbes that help with everything from digestion to defense against harmful organisms. Now, new research shows another way these friendly bacteria might help out – by preventing type 1 diabetes.

The findings, published in the journal Nature, are yet another example of how the environment, as well as genetics, influence the onset of type 1 diabetes. The results also provide support to the so-called hygiene hypothesis: the idea that reduced exposure to bacteria and viruses early in life may increase a person’s chances of developing allergies or other immune diseases. The scientists say their research could lead to new preventive treatments for this form of diabetes.

Type 1 diabetes is an autoimmune disease in which the body’s immune system attacks the pancreatic cells that produce insulin, a hormone that helps the body’s cells take in sugar from the bloodstream. This form of diabetes, which makes up 5 to 10 percent of diabetes cases in North America, according to the CDC, differs from type 2 diabetes, which occurs when the body fails to respond to insulin.

For years, scientists have observed that the strain of mice used in diabetes research – which are prone to developing the disease – actually acquire diabetes at different rates depending on the animal facility in which they are housed.

“Probably one of the starting points of the whole research is the observation that in a clean facility, mice can have 100 percent incidence of diabetes, and in a so-called dirty facility, it can go down to 40 percent,” says Alexander Chervonsky, a pathologist at the University of Chicago and an author of the study. “So the environment matters a lot.”

In the current study, the scientists used mice that are predisposed to develop diabetes. Researchers toned down their immune response by removing a protein that is needed to activate immune cells. These mice did not develop diabetes under normal conditions. But when they were put in a germ-free environment, a situation where they had no opportunity to acquire gut bacteria, they did develop diabetes. Feeding some “good” bacteria to pregnant germ-free mice significantly reduced the incidence of type 1 diabetes in the next generation. Only 34 percent of the male offspring developed diabetes, while more than 80 percent of the germ-free males acquired the disease.

This means that bacteria prevented the development of type 1 diabetes in the mice that were not living in a germ-free environment, says Chervonsky.

While the researchers are not sure which specific bacteria help with this prevention, or exactly how they protect against diabetes, Chervonsky thinks that many types of bacteria could be involved.  In the study, they tested a standard mix of bacteria, but future experiments will investigate which particular bacteria play a role in protection.

So far, these experiments have only been performed in mice, so the scientists do not know if their results can be applied to humans. However, “it’s a great study in terms of stimulating additional research,” says Mark Atkinson, a professor at the University of Florida and type 1 diabetes expert.

When scientists look at the number of type 1 diabetes cases around they world, they see that the disease rate can vary widely between countries, says Atkinson. This observation seems to indicate that factors like the environment may play a role in causing type 1 diabetes. Recent studies have also linked environmental agents such as cow’s milk, vaccines and lack of breast-feeding to the onset of the disease, Atkinson explains.

The hygiene hypothesis – the idea that excessive cleanliness can make people more susceptible to immune diseases – helps explain this difference in type 1 diabetes cases. While backers of the hypothesis are still trying to figure out the details, some research suggests that if the immune system is under-stimulated, it does not develop properly, leading to an “overactive” immune system that attacks the body, according to a 2004 study led by Nora Sarvetnick at the Scripps Research Institute in La Jolla, California. Hence, the over-sanitation found in developed countries may contribute to the occurrence of diseases like type 1 diabetes. The current Nature study  supports the hygiene hypothesis because it finds that a germ-free environment makes animals more prone to this autoimmune disease.

The researches say that if a similar link is found in humans, their findings could lead to methods that would help prevent, but not treat or cure, type 1 diabetes.

“The ideal approach would be to identify bacterial products that can [prevent type 1 diabetes], and then you can give these bacterial products as a food additive,” says Chervonsky, speaking about the possible applications of the research. These products would be supplied to people who are genetically predisposed to diabetes but do not have the disease, such as children whose parents have type 1 diabetes.

Bacteria in your yogurt – the probiotics debate.