On Monday, President Barack Obama followed through on a campaign promise to begin tightening standards for the automotive industry. He signed a memorandum instructing the Environmental Protection Agency to reconsider […] 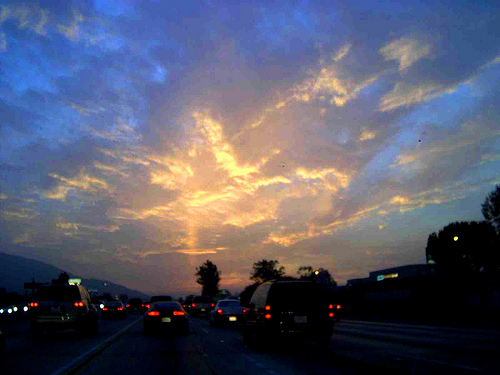 On Monday, President Barack Obama followed through on a campaign promise to begin tightening standards for the automotive industry. He signed a memorandum instructing the Environmental Protection Agency to reconsider an application by the state of California that would set stricter emissions standards for cars and trucks. This marks a clear cut with the Bush administration’s policies, and hopefully signals the dawn of a greener presidency.

The EPA was instructed to consider granting a waiver under the Clean Air Act that would allow California to set emissions standards at more stringent levels than exist nationally. Thirteen other states also are considering such moves, perhaps indicating a coming shift in national trends. In a further step in that direction, Obama also directed the Department of Transportation to begin implementing a 2007 law that requires gas mileage improvements of 40 percent by the year 2020. Unsurprisingly, former President Bush did not act to implement the law while in office.

Even before arriving in Washington, Obama appeared to begin moving the government toward a more environmentally friendly side of town. His appointments of Nobel Prize winner Dr. Steven Chu to the post of Energy Secretary and Nancy Sutley as head of the White House Council on Environmental Quality signaled a commitment to improving the United States’ poor record in the struggle against global warming. And now, seeing the new president take a firm step in the right direction only a week after taking office can only be considered even more encouraging. It may take baby steps to get there, but greening the presidency represents a huge step toward greening the planet.

Green Cabs
How environmentally savvy is your urban chariot?