February's birthstone, and a new way to prevent drunkenness? 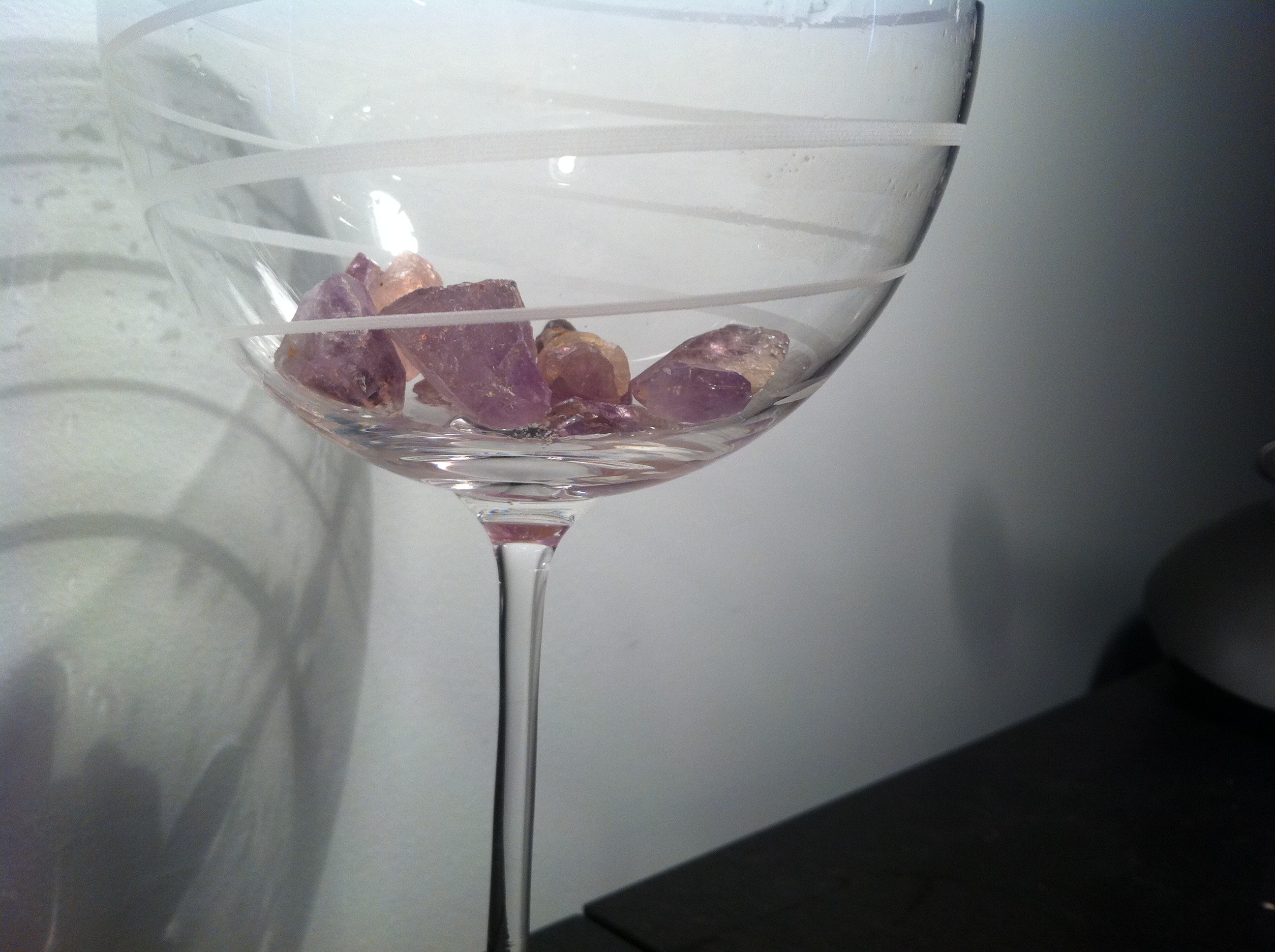 Contrary to popular belief, small bits of rock in your alcohol do not make it easier to drink. [Image credit: Mary Beth Griggs]

When out shopping for jewelry, I bet you’re wondering: “which gemstone will enable me to drink the most without getting drunk?”

Great question. So for all you intoxicated jewelry shoppers out there, look no further than Amethyst whose name means “Not intoxicated” in greek. Ancient greeks did believe that amethyst would prevent you from getting drunk, which is why some of them fashioned wine glasses out of this purple-colored gemstone. Regrettably, it didn’t actually work. 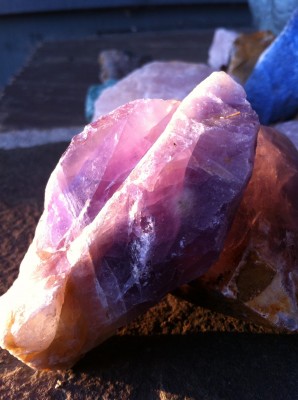 Amethysts are purple stones from the quartz family, which also includes smoky quartz (a brown color), clear quartz, rose quartz (pink), citrine (yellow) and several other varieties. Though they all have the same basic chemical formula (Si02),small variations can create differences in color. Quartz itself is the most common mineral on earth, and can be found in many different kinds of rock, and in many different formations. Amethyst tends to grow in hexagonal crystals when it has the space, and because of that, is one of the more common gems to find lining the insides of geodes*. 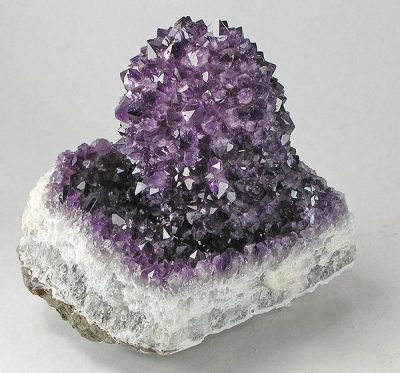 In the past, amethyst was considered one of the more expensive types of quartz, with deeper colors of purple highly sought after and prized by European Royalty. In recent times though, more amethyst sources have been found, and people have discovered that heat-treating amethyst can change and deepen it’s color, making it less of a hot commodity. Heat-treated amethysts can go from light to dark, and even purple to yellow or green.

Natural variations in amethyst color do occur regularly, and sometimes spectacularly. The inventively named Ametrine, in particular, is a variation of amethyst that is partially citrine or yellow quartz, and is mined primarily in Bolivia. It is also just awesome to look at.

*Geodes are those fun rocks that look normal on the outside, but when you smash them with a hammer, they’ve got crystals inside**

**A rock that has a bunch of tiny crystals lining its surface (like a geode) can be referred to as ‘drusy.’ As in “Whoa, man… that rock is totally drusy!”