Your grassy lawn comes at the cost of high water use 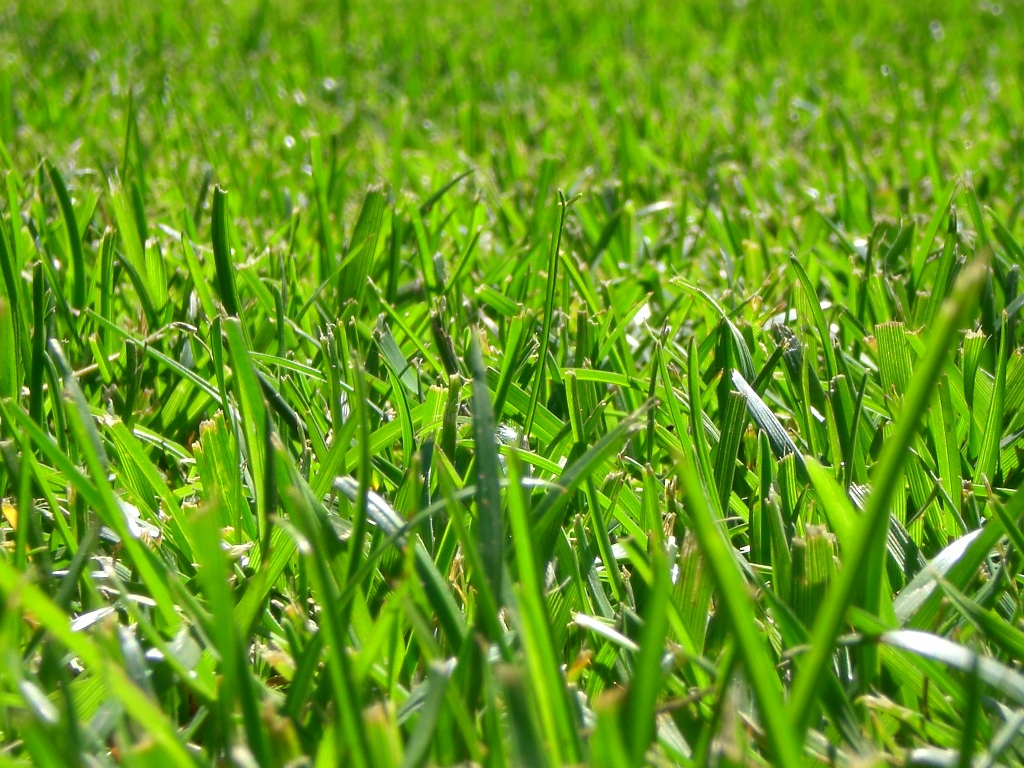 What are you willing to pay for this vast expanse of green? [Image Credit: Seelensturm, Flickr]

Speaking for the trees!

Homes, golf courses and parks may grow more acres of turf grass than U.S. farmers devote to corn, wheat and fruit trees — combined. In a study published in Environmental Management in 2005, researchers estimated there are 40 million acres of turf grass in the U.S., covering 1.9 percent of the land.

If all that is kept well watered, it could use 60 million acre-feet of water a year (An acre-foot is the amount of water needed to cover an acre to a depth of one foot). Turf grass might be the U.S.’s largest irrigated “crop,” wrote the research team in their paper. Here’s a closer look at how lawns compare to some of the U.S.’s top agriculture and what that means for individual homeowners.

There may be more acres of lawn in the U.S. than of the eight largest irrigated crops combined. Here are figures for the top four.

The turf grass researchers estimated how much water it would take to keep all the lawns in the U.S. well watered using two different watering methods. The more conservative estimate, in which caretakers make sure their lawns receive 2.54 centimeters of water a week through a combination of sprinklers and rain, would use more water than the seven greatest water-using crops combined. Here are figures for the top four.

Top crops in each state: Mostly lawn, but a heart of gold

In most U.S. states, there could be more lawn than any single irrigated crop. Hay predominates in the West, however, and in Nebraska and Kansas, there are more acres of corn than anything else. Click on any state to learn its top five irrigated crops.

What does this mean for your lawn?

Homeowners have a “definitely significant” role in the nation’s water budget, says Cristina Milesi, an ecosystem modeling researcher now with NASA who led the 2005 Environmental Management study. “Each family may have only a small lawn,” she explains, “but once you add them all up they have a big impact.”

Watering the lawn generally accounts for 50 percent to 75 percent of a home’s water use during the summer. To save water and money, Milesi suggests choosing more drought resistant turf and adjusting your watering schedules to fit the weather and season. Many cities have suggested or required water schedules for different times of the year.

Some even advocate abandoning the great green lawn in favor of meadows, vegetable gardens, local native plants or just letting the grass die.

“Mapping and Modeling the Biogeochemical Cycling of Turf Grasses in the United States” by Cristina Milesi and colleagues in Environmental Management 36.3 (2005)
Figures for 2003 in Table 28 in the 2003 Farm and Ranch Irrigation Survey by the U.S. Department of Agriculture
Phone and email interviews with Cristina Milesi between 21 Jun. 2011 and 27 Jun. 2011

Learn more about the data and its uncertainties in the About section.

Francie Diep holds her B.A. in English from the University of California, Los Angeles, where she took as many science classes as she could in between her major requirements. After graduating, she worked as a TA for biochemistry and functional genomics labs at UCLA. After three years at the bench and chalkboard, she is eager to put her writing skills back to work reporting science stories.

“If all that is kept well watered, it could use 60 million acre-feet of water a year.” IF and COULD are the operative words here. What would add some creditability to this article would be the percentage of turf that is actually irrigated. I live in one of the most affluent suburbs of Columbus, OH and I would guess that only about 5% of the lawns have irrigation. Throw in another 5% that lug out the hose and sprinkler and your number drops by 90%. And that’s in a neighborhood where people want their lawns to look good and can afford to do something about it. The vast majority of homeowners are just like me – they let it go dormant and wait for October. Which leads me to another ridiculous statement in the article, “…or just letting the grass die.” I’ve never watered my lawn and it’s been here for 50+ years. When will it die? It won’t, that’s the point. As long as it’s the proper grass for the climate where it’s growing it is physiologically adapted to tolerate the conditions – including dry years. Due to the high density of leaves, grass cools urban areas more than anything. Grass is nature’s filter cleaning water that passes through the thatch layer and collecting dirt and dust from the air. Grass also saves tons of soil and sand from eroding into lakes and streams. None of the options you mentioned does any of that as well as grass.

I’ll second Phil’s comment that grass doesn’t easily “die” from lack of water. It just goes dormant. Besides saving water, I really appreciate the savings in time, effort, and fuel from my lawn’s late-summer dormancy. Dormant grass stops growing, so instead of spending an hour a week mowing it I can do other things. Some of my neighbors have “natural” groundcovers such as mulch and shrubs, or pachysandra, but they have to remove the leaves and weeds a couple of times a year, usually by methods that are worse for the environment than anything I do to my lawn.

Thanks for commenting, Phil McCracken and Alan Dove! Phil, you made an excellent point that it would be much better to use the percentage of turf that’s actually irrigated. That data doesn’t exist, however, and I found that this paper’s estimation methods were some of the best available.

Phil and Alan, you both mentioned grass going dormant during the summer. I am sorry for the confusion, but that’s what I meant by “letting the grass die.” I should have been more specific. I’ve often seen what you both discussed. While I was growing up, my parents let our lawn go brown over the summer, and it would always come back, like you say.

Thanks again for reading.

The keyword here is native grasses. Kentucky Blue Grass lawns in Denver, CO are not native, and require huge amounts of water, which is piped from the Western Slope thru tunnels under the continental divide. So sad to see irrigation water running down the gutters from misguided systems. The use of water (over pumping ground water), fertilizers and pesticides are killing our natural springs in North Central FL.

What is needed is a cultural shift in thinking, especially here in FL. I have spent nearly 15 years trying to help property owners in reducing outdoor water use. You see, native grass here in Florida is actually more of a plant than it is turf. The three largest types of turf used here are not native at all – two are cultivated hybrids and the other originated in Brazil I believe. The latter, Bahia, does go dormant in the heat of the summer if we have no rain or irrigation but the vast majority dislikes it for reasons other than this. Now that we are here, whole industries are built around sustaining a visual appeal in the area, our elected officials find it difficult to tell these companies no. The whole maintenance cycle of turf is out of control here and a vast majority seem disengaged from what is happening on a local and state level. I am concerned it may not end until sand pours from our faucets.

Hi friends, its wonderful paragraph regarding tutoringand entirely defined, keep it up all the time.

Usually I don’t learn article on blogs, but I would like to say that this write-up very forced
me to try and do so! Your writing style has
been amazed me. Thank you, very great post.

I can’t find any sources that say corn is less than 90 million acres, well above the 40 that turf grass is supposedly covering. Does anyone have any sources for this?

According to the interactive map above, the state of Iowa has over 7 times as much acreage in lawns as it has in corn. I doubt that.

Re:My comment above. I realized after posting that the map specifies IRRIGATED crops. Significant point.

Hey! Turf grass might be the U.S.’s largest irrigated “crop,” wrote the research team in their paper.

This is great information to know! More people should know about this! I didn’t know watering my lawn can cause such a big environmental impact. I can definitely reduce my watering of the lawn to a few times a year given all the rain in Michigan!

According to the interactive map above, the state of Iowa has over 7 times as much acreage in lawns as it has in corn

Hello, I believe this statement is a misinterpretation: “Watering the lawn generally accounts for 50 percent to 75 percent of a home’s water use during the summer.” When I first read this several years ago it didn’t sound right to me, so I investigated. Turns out 50-75% of a home’s OUTDOOR use of water is for landscape irrigation. The EPA says about 30 percent of a home’s water use is devoted to outdoor uses. Of that, more than half of that outdoor water is used for watering lawns and gardens.