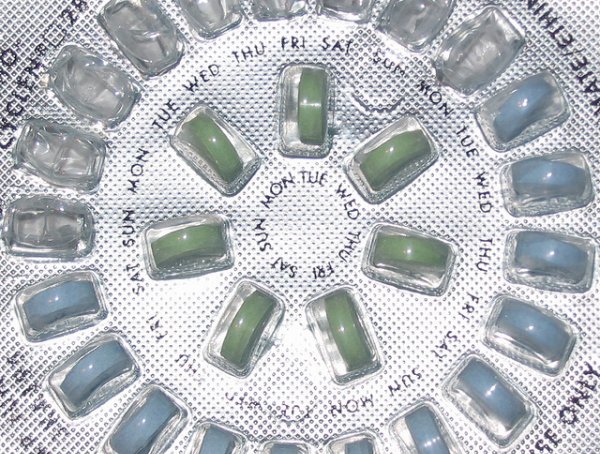 Taking oral contraceptives may impact a woman's preferences when it comes to relationships. [Image Credit: Hillary Thomas via Flickr]

This is basically what we’ve been told sexual preference boils down to — at least from an evolutionary standpoint. Men try to spread their seed as much as possible while women strive to find a partner who would like to hunker down and help start a family.

Such generalizations are generally dismissed nowadays, as hormones have to vie with the other factors we now use in assessing our potential mates.

But sometimes everything comes back to those basic chemicals that caused this generalization in the first place. And it turns out, when women alter those hormones by taking oral contraceptives, they are also influencing their mate preferences.

Women on oral contraceptives are more likely to value traits such as parenting potential over attractiveness than their counterparts not on the pill, according to a study published in the October issue of the Proceedings of the Royal Society in Biological Sciences.

This finding is clearly a bit ironic.* It comes down to the fact that a pill most women take so that they can have sex without getting pregnant makes them more likely to choose a mate that they’d be comfortable having kids with, rather than one that they’re physically attracted to.

The study performed retroactive surveys of over 2,500 women to assess how they perceived their levels of sexual attraction to their partners, and how they were satisfied with other, non-sexual aspects of the relationship. While just over 1,500 women were on oral contraceptives, the other 1,000 were not.

However, women on birth control expressed higher levels of satisfaction with nonsexual aspects of the relationship, such as how satisfied they were with their partners’ ability to provide financially.

Because oral contraception affects one’s hormones, and hormones affect preference, these results are pretty predictable. It’s been established that women show a preference for potential mates’ non-sexual attributes when their progesterone levels are higher. Most forms of oral contraceptives contain high levels of progesterone; in fact, some are only progesterone.

While there’s plenty more research to be done on the topic (remember, this study only used retroactive surveys, rather than conducting its own experiment which would likely yield more precise results), it was also the first out-of-lab study to confirm what researchers suspected. The next question may be what happens when a woman in a relationship goes off the oral contraceptive? Maybe nice guys really do finish last, after all.

*Perhaps the greatest irony of this song is that most of the things Alanis describes are not in fact ironic. Rain on your wedding day? Unfortunate, but not ironic.

its a good thing thhat teens are allowed to get pills, patch,ring, and shot if they want busaece this will help reduce adortation. i remember before i was pregnant i wanted to have some protection and if i would of been on some kind of protection i belive i would have gotten pregnant. however now i am going to have a little baby boy and i am happy busaece i am getting a lot of support but i know it wont be easy.