Anthony Del Genio breathes as seldom as possible. He doesn’t have time for pesky inhales. There’s too much to talk about. As a result, he is constantly winded, as he is today, giving a talk on the difficulties of simulating Earth’s climate in a computer model.

“This is a little bit of a sausage factory type of talk,” Del Genio opens his lecture in the Earth Talk series at New York University. “Most people don’t want to know the gory details of what’s going on inside global climate models.”

Del Genio understands those gory details all too well, which means he also knows just how important they are. At NASA’s Goddard Institute of Space Studies in New York City, Del Genio, 59, both investigates the atmospheres of other planets and helps to develop climate models of our own. He is part of a large group of scientists trying to project how Earth’s future climate will change because of greenhouse gases, aerosol particles and other additions to the atmosphere by humans.

Exhibiting his usual articulation speed — dangerous, for which he apologizes later — Del Genio skitters onto the next presentation slide. The gathering of about fifteen, mostly atmospheric scientists, collectively chuckles. The slide is a picture of a man performing on “The Ed Sullivan Show.” The man attempts to keep a line of spinning plates from falling from their teetering heights. “Of course, they made the number of plates large enough, so that by the time he got to one end and got them all spinning, the ones that he had done at the beginning were starting to wobble and fall off,” Del Genio explains. “So he would spend the entire act just running back and forth trying to keep the problem children from falling, and I was reminded of that in our efforts to do things in global climate models.”

Changing one equation in a climate model that is based on hundreds of them may make one atmospheric component more accurate — say, the clouds over the Indian Ocean — but may also completely disrupt what’s going on somewhere else, such as the amount of rain falling over Mexico. The challenge is simulating individual parts of the climate, which in the real world amount to an infinite number of equations, without messing up the overall outcome. Modelers have to worry about everything.

Like this “embarrassing” quirk: In climate models, all thunderstorms happen at noon. Almost anyone on the street can tell you, though, that thunderstorms actually tend to occur in the late afternoon or early evening. A thunderstorm rains at noon in a computer model because that’s when Earth is warmest. But temperature isn’t the only factor that causes a downpour, and scientists are only just beginning to implement those numerous subtleties.

Still, for all his honesty about the imperfections of models, Del Genio defends them against the criticisms of so-called ‘climate skeptics.’ The new models, he says, are much more accurate than they used to be. 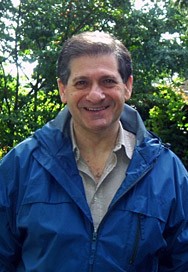 Global climate models in the 1980s were very basic. They were composed of only two models: one for the atmosphere and one for the ocean. Since then, they have grown much more complex. Scientists added important equations representing cloud formation, sun reflection, interactions between plants and the atmosphere, the growth and decline of continental ice sheets and many, many other factors that influence climate.

Although each new model is more sophisticated than the last, their initial results may actually look worse. Newly proposed models don’t usually agree with each other, Del Genio says, because they’re created by different groups of scientists who all have their own ideas on how to accommodate new factors. Climate change denialists use those discrepancies between the present 14 to 18 models to claim that they shouldn’t be trusted at all, but Del Genio — who doesn’t see how anyone can deny the reality of human-induced climate change based on the evidence — stresses that the disagreements over modeling are a natural part of the scientific process.

To work out the differences, scientists go back to studying the basic physics of Earth’s climate. At NASA, Del Genio monitors data collected by satellites such as CloudSat, CALIPSO and others that observe tropical rain, clouds, thunderstorms and other weather events from space.

Del Genio has been interested in all things planetary since he was a boy. He got his first taste of the planetary sciences when his parents brought him to the Hayden Planetarium at the American Museum of Natural History in New York City, where he grew up. Later, he earned a Ph.D. in planetary and space physics at the University of California, Los Angeles, where he studied Venus.

Since then, Del Genio has published papers on atmospheric humidity, tropical clouds, and even an article for a viticulture magazine about how climate change may affect the timing of growing grapes. He’s been a part of over one hundred publications, ranging from discussions about the tiniest drops of water to the largest global temperature dynamics. “There are very few scientists who think about the big picture the way that Tony does,” says Michael Jensen, a meteorologist at Brookhaven National Laboratory in Long Island who studied tropical cloud formation with Del Genio.

Currently, Del Genio is a part of the Cassini mission. The Cassini spacecraft, which NASA launched in 1997, has orbited Saturn since 2004. Del Genio is a coauthor of a paper, published in April 2011 in Science, which lays out evidence that it rains on Saturn’s moon, Titan. Methane rain, as it turns out. Observing the atmospheres of other planets helps inform scientists about what makes ours so special — why life thrives here, but not on Saturn or Mars or Venus — but that data doesn’t directly help them predict the future here.

“Some people are fond of saying that we go to other planets to help understand the Earth better,” Del Genio says. “Well, that’s not really true. We understand the Earth best by observing the Earth.” However, studying other planets can challenge our knowledge of the basics. The best way to see how well an equation holds up is to see if it can accurately predict outcomes in a completely different environment, such as the atmosphere of another planet, which is a validation exercise at its extreme. For the most part, Del Genio says, current models are not that great at it.

For example, in the 1960s, when researchers began to observe Venus with sophisticated telescopes, they noted that the clouds circled the planet in four days. But based on equations using our own planet, this was impossible. Venus takes 243 days to go around its axis. It’s the slowest rotating planet in our solar system, yet the clouds were zooming around at sixty times the speed. Years later, to try to solve the mystery, Del Genio had to break down the equations to their building blocks. He removed the parts that dealt with the water cycle and vegetation, which Venus doesn’t have, adjusted the ratio of continent to ocean, and then determined what was missing: a sulfuric acid haze.

After these modifications, the equation reflected the actual conditions on Venus, and left Del Genio with a sense of accomplishment. “We don’t have a very good track record of anticipating what planets are going to be like before we actually send a space craft there and observe them for the first time. That’s the humbling part, but that’s also the exciting part. And that’s what drives scientists: We’re excited by what we don’t know.”

What we do know, Del Genio says, is that the Earth is warming in response to increases in greenhouse gas emissions. All the models predict higher temperatures in the future, but there is a debate about how much it will warm up and what that warming means.

No matter how sophisticated models get, the predictions will remain uncertain. Predictions always are. “We all envy Ebenezer Scrooge in a way,” Del Genio says. “He had the Ghost of Christmas Yet to Come. We wish we had the Ghost of Climate Yet to Come to show everyone what we think the world is going to be like if we continue along the current path…But we don’t have that.”

Very cool stuff. It’s so cool to see a clean break down of what models are capable of, as well as their limitations. And all that without compromising all the complexity!

climategate
climategate 2
climateaudit.org
wattsupwiththat.com
the scandal re the dissapearing himalayan glaciers in th IPCC report
michael manns fradulent hockey stick- the model is constructed so that even a seqience of random numbers fed into it generates a hockey stick- so much for modelling complexity.

And I am not even saying that climate change or AGW is not occuring- all I am saying is that the data do not make the conclusions the AGW community has latched on to.

the AGW types fall into one of two categories

1. the corrupt. in a mad scramble for public or private money.
to wit- Gore stood to make billions if cap and trase ever passed.
mann and delgenios boss ( hansen) and the mafia at the university of east anglia are all nothing more or less than mobsters- deliberately evading the law and FOI requests, and crowing about their malfeasance in private emails ( climategate 1 and 2)

2. or delusional dimwits who have replaced the God religion of their forefathers with this cult of gaiia worship