The circle of mold

How their life cycle messes with your food 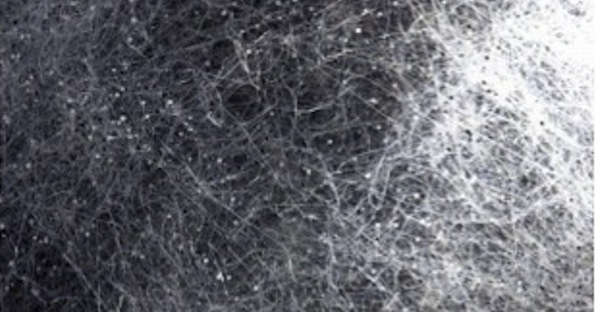 Penicillin aside, there is a general consensus that mold is not nice. Whether loitering on the underside of ripened fruit, crawling across your bread, or fluffing the edges of well-aged cheddar, its rapid development always prompts shock and disgust. One fateful morning the gray fuzz leaps out at you. ‘Hey!’ it shrieks, ‘I just ruined your breakfast!’

But really, the despised fungus deserves a kind of grudging respect, for like the smelly, unpopular kid in the playground, mold still has a story to tell.

It begins when an expanse of mold releases several spores. These are incubated like babies at several points in the growth but once sufficiently nurtured, they are let off into the air. The kid spores ride the airwaves freely, like children set loose in a playground. However, the thrill is soon surpassed by the need for moisture and food. The opportunistic spores hope ultimately to land on a surface with both.

The lucky ones get what they want: moisture, a temperature between 60 and 80 degrees Fahrenheit, and something organic to feast on. In your kitchen, almost any moist food will suffice. Let’s say fortune favors one particular kid spore and it lands on a banana. The banquet begins: the banana’s nutrients feed the spore bit-by-bit, paving the way for a new moldy empire.

Construction starts with a single hypha, a fine tubular cell that springs from the spore like a construction tunnel. The hypha is loaded with construction workers called enzymes that convert nutrients in the banana skin into energy that gets sucked into the tube. The gluttonous hypha grows outwards on the strength of this provision.

This single hypha soon branches to form another of its voracious kin, and then another and another — their collective hunger and the increasing number of enzyme workers speeding up the mold’s spread. Quickly, a radial network of hyphae crops up around the initial kid spore, which underwent the growth spurt of adolescence and is now an adult; a colonizing spore ‘king’. Cross-connections between the hyphae tubes allow workers to deliver nutrients more widely across the developing mold.

The spore king finds itself surrounded by a finely filigreed garden, a labyrinth that continues to transport nutrients and encourage the spread of mold. The banana, probably feeling comparably less kingly at this point, begins to undulate with hyphae; it oozes in parts and collapses in others as the colonization intensifies – at which point your breakfast is ruined. We call this complex radial network a mycelium once it is large enough for us to see on the banana skin with the naked eye.

Comfortably fed and watered, the spore king gazes over its empire and reckons the time is right for the growth and release of its own spores. At the end of selected hyphae, a new generation of kid spores swell, anticipating the day of release, when they, too, can leave their nurseries to go forth, and destroy other people’s fruit.