Curing the painful and persistent hangover 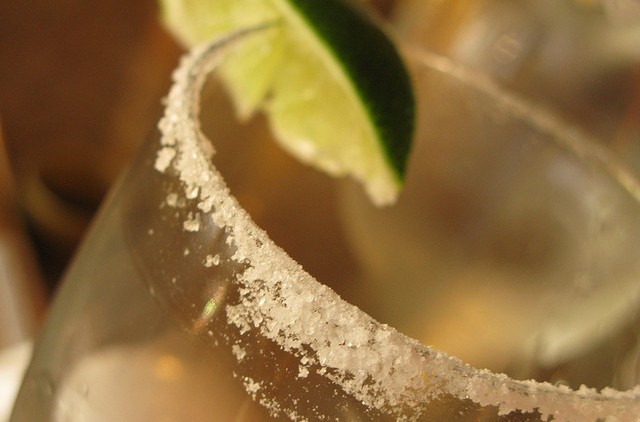 The smell of regurgitated margaritas is surprisingly pleasant — the room now has a fresh citrus scent, like a handful of orange Tic Tacs. The rest of your existence, however, is misery. You are enervated, dehydrated and in desperate need of a shower. When you pick up the trash bag filled with taco bits, orange margarita mix and too much tequila, the garbage feels as warm as a suppurating wound. Not for the first time, you promise you’ll drink less in the future. Not for the first time, you wonder what makes hangovers so difficult to get rid of.

“Hangovers consist of four components,” says Dr. Jason Burke, a Las Vegas anesthesiologist who claims to be “the world’s first hangover specialist.”  Since a hangover cure has to treat multiple symptoms — dehydration, alcohol withdrawal, too much of the molecule acetaldehyde and not enough of the molecule glutamine — true therapies are hard to find.

That hasn’t stopped a long line of bleary-eyed carousers from trying. The ancient Assyrians purportedly ingested a powder made from swallows’ beaks and myrrh to treat their hangovers. Pliny the Elder, the ancient Roman philosopher, recommended munching on a fried canary. Today, some Germans swear by katerfrühstück, or “hangover breakfast,” which consists of sour pickles and herring. I’m fond of black coffee and an omelet.

To the relief of small birds everywhere, most of these cures don’t work. And some reputed remedies, like the hair of the dog (drinking more booze the next morning), can worsen a hangover’s long-term effects. Even dietary supplements and drugs marketed as hangover cures seem to be ineffective. In 2005, a team of British and German researchers published a review in the British Medical Journal that assessed roughly 300 reports on hangover treatments. Of these, only eight studies evaluated hangover cures in randomized, controlled settings. The studies evaluated drugs such as propranolol, a beta blocker that prevents stress hormones from binding to the outside of cells, and supplements like prickly pear and artichoke extracts. When compared to placebo treatments, not one of the eight remedies had a significant palliative effect on hangover symptoms.

Hangovers hurt — not just physically but fiscally as well.  Workers suffering from the effects of hangovers cost the United States economy an estimated 12 to 30 billion dollars annually. A 2012 study from the Centers for Disease Control and Prevention reported that one in six Americans binges an average of four times a month, consuming  approximately eight drinks in one sitting. And every year, 80,000 Americans die as a result of excessive alcohol intake.

The U.S. isn’t the only country with drinking problems, either. “We’ve got real issues in Australia,” says Dr. Mark Hutchinson, a pharmacologist at the University of Adelaide. “Binge drinking, crime, abuse — all sorts of problems associated with too much alcohol consumption.”

Enter Dr. Burke. Though he can’t keep you from binge drinking, he claims he can help you recover the next morning. His clinic, Hangover Heaven, is a bus that cruises the Las Vegas strip. Inside the coach, hanging from a neat row of silver poles, are IV bags filled with fluids, vitamins and painkillers. Treatments range from a liter of fluid and a choice of either anti-nausea or anti-headache medication ($99) to two liters of fluids, vitamins and both medications ($199). The process takes about an hour. Since Hangover Heaven opened last April, Burke says he’s treated nearly four thousand patients.

The key component of Burke’s treatment is the fluid in the IV bags.  “Most of the hangover is actually dehydration – if you cure the dehydration with some straight saline, that works,” says Hutchinson. “Then again, having two glasses of water for every beer you consume also works. You’ll just be visiting the toilet all the time.”

Rehydration alone won’t do the trick, argues Burke. “It’s not just putting in the IV and you’re done,” he says. “You’re dealing with a large amount of symptoms.”

That’s why some of the costlier therapies at Hangover Heaven include the anti-inflammatory drug ketorolac. Ketorolac, a prescription drug used to treat pain, prevents the body from creating the hormones that trigger headaches. But using ketorolac to treat hangovers is an unusual application of the drug, at least in Hutchinson’s opinion, because of potential adverse effects like stomach ulcers and kidney problems. Considering these side effects, Hutchinson says he  wouldn’t have gone with  ketorolac.

Burke maintains that a 15 milligram dose of intravenous ketorolac is less harmful than taking 800 milligrams of ibuprofen. “I’ve used ketorolac ten thousand times,” says Burke, “and treated more hangovers than anyone on the planet.”

Too much alcohol also depletes glutamine, an amino acid used in the creation of new proteins. As glutamine levels recover, nausea and feelings of weakness can ensue. At the same time, as alcohol enters the liver, an enzyme called alcohol dehydrogenase breaks down alcohol into toxic acetaldehyde.  High concentrations of acetaldehyde in the body are linked to the headaches and other painful effects of hangover. It turns out, then, that my Sunday morning routine of coffee and an omelet isn’t entirely off-base: Egg yolks contain large quantities of cysteine, a molecule that breaks down acetaldehyde into nontoxic components.

At the end of my conversation with Burke, Vera Alexander, the PR rep at Hangover Heaven, asked me to stop by Hangover Heaven the next time I’m in Las Vegas. Should I find myself in Sin City, though, I’ll try to stick with Dr. Hutchinson’s advice instead: fewer margaritas and more water.

And if I wake up with a headache, I can always eat an omelet — a more civilized way, perhaps, to get through hangovers with a little help from the birds.