A new study investigates migraine as a risk factor for stroke 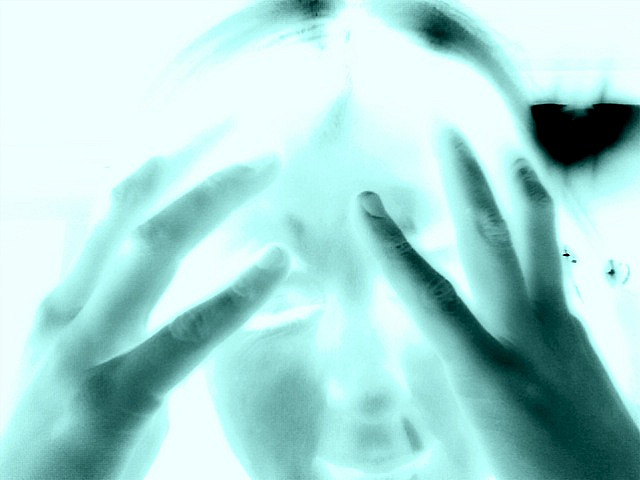 Migraines cause blinding pain. But could they be connected to other cerebrovascular conditions, like stroke? [Image credit: Flickr user missrogue]

Why do I get ice-cream headaches?

A flash of light and then intense, throbbing pain – such is the misery of migraine sufferers. But for the millions chronically crippled by migraines, mounting evidence linking migraine to stroke suggests that a splitting headache may be the least of their worries.

Recent imaging studies indicate that migraine headaches leave battle scars in their wake, pock marking the brain with lesions similar to those seen in stroke patients. The findings have led clinicians to question whether casual headaches could be harbingers of debilitating neurological disease.

Researchers have long suspected that migraine patients are predisposed to a host of cerebrovascular conditions, including stroke, according to Dr. Sait Ashina, director of the headache program at Beth Israel Medical Center in New York City. But until recently, migraines were often dismissed as relatively minor neurologic events. “Generally, migraines have been considered benign, primary headaches, with no long-term consequences,” said Ashina. “However, our study suggests the opposite.”

Ashina and his colleagues analyzed 19 different studies that had previously found a correlation between migraines and structural brain abnormalities. This so-called “meta-analysis” was published in the August 28 edition of Neurology. Of the observed abnormalities, the most alarming were the infarct-like lesions; bright white spots on an MRI that closely resemble the scars left behind after a stroke. “What we call infarct-like lesions are probably little strokes,” said Dr. Richard Lipton, director of the Montefiore Headache Center in New York City and coauthor of the study.

The news that some headaches might constitute “little strokes” could be alarming to many migraine sufferers. And some of that concern may be justified, Lipton said.

“Migraines need to be added to the list of stroke risk factors that we try to manage,” he said. Patients with high risk of stroke are typically advised to lower their cholesterol, manage their blood pressure and avoid smoking cigarettes. According to Lipton, it may not be long before clinicians add migraine management to the list.

But while many physicians agree that migraine sufferers should adopt a healthy lifestyle, some feel that calling migraines “little strokes” is going too far. “Migraine has been around forever,” said Dr. Dawn Marcus, medical professor at the University of Pittsburgh and author of “10 Simple Solutions to Migraines.” “We really don’t see the problems that you would associate with accumulating a lot of little strokes.”

Marcus generally discourages migraine patients from requesting brain scans, she said, because the findings are often ambiguous. “MRI scans are beautiful images of the brain,” she said. “But they can be difficult to interpret.”

As for the lesions reported in the study, Marcus said, “there can be comfort for the migraineur. Even though they found these changes, that doesn’t necessarily mean that migraineurs are going to lose neurological function.” Indeed, stroke-like lesions appear to be asymptomatic. And while Ashina and Lipton are confident that there is a correlation between migraines and brain abnormalities, they agree that only further research can determine whether the lesions have any long-term consequences.

Fortunately, such research may be on the horizon. The provocative questions raised by the study – Are migraine sufferers predisposed to stroke? Are stroke-like lesions just benign blips? – have spurred a new wave of neurologic inquiry, according to Ashina.

“Migraine and stroke research is now an area of major interest,” he said.