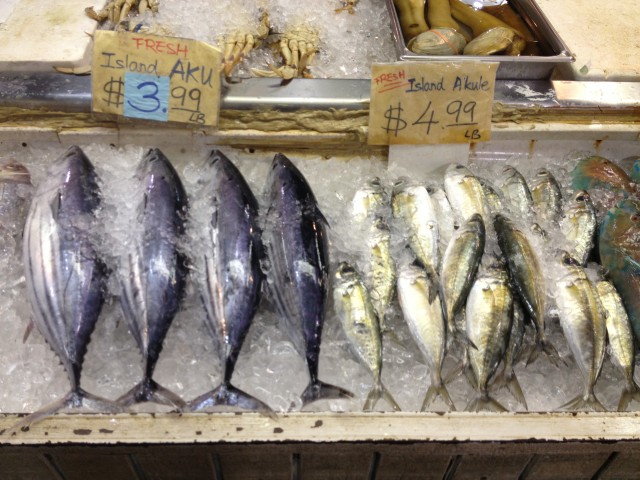 Long John Silver’s invites you to the seafood revolution

The fall of 2007 was a bad time to own a shrimp boat in Port Clyde, Maine. Global competition from shrimp farms in East Asia had driven down the price of a pound of shrimp to just 30 cents, and fishermen were distraught.“If they wanted to make a living off 30 cents per pound, the only way they could do it was with high volume,” said Brett Tolley, a community organizer at the Northwest Atlantic Marine Alliance. “And that would take them toward overfishing.”

American fishermen everywhere were feeling the pinch as competition from fishing rigs and fish farms in places with lax labor laws and environmental regulations flooded the market. Their hard work just wasn’t cutting it in a country that imports 91 percent of its seafood, and — even worse for Port Clyde fishermen — 95 percent of its shrimp.

So the shrimp fishermen banded together to create Port Clyde Fresh Catch, shifting their focus from global markets to selling to their friends and neighbors. They proposed an arrangement that was new to fisheries, but had worked well for small farmers for decades. Farmers call it community-supported agriculture, and it works like this: Customers buy a share of the season’s crop at the start of each summer, and receive boxes of fresh vegetables every week.

Mimicking this model, the fishermen of Port Clyde promised to deliver a weekly box of fresh fish to residents who bought a share. It was a radical departure from the conventional sales model for fishermen in which a day’s catch is sold to a dealer, who sells it to a wholesaler or fish market, where it is scooped up by a buyer and combined with lots of other fish to ship out for resale to consumers or restaurants across the country.

Members of a nearby church pledged their support and word quickly spread among the tiny town’s 3,000 residents. Soon Port Clyde’s fishermen were earning $1 per pound for the same shrimp that had fetched just 30 cents per pound a year prior.

Now, there are about 200 community-supported fisheries in the U.S. and Canada. They are run not just by fishermen, but also by seafood lovers who want a more direct line to their dinner. “Over the past four to five years, this model has just exploded,” said Tolley. His organization has launched a website called LocalCatch.org to help people find community-supported fisheries in their region. There’s Walking Fish in North Carolina and Off the Hook in Nova Scotia. New York City has four, and Alaska has two. The biggest is Cape Ann Fresh Catch in Gloucester, Mass., serving more than 1,000 members.

Founders of community-supported fisheries are trying to take on a host of challenges like overfishing and fair prices for fishermen while also serving America’s growing interest in locally sourced food. Across the country, these organizations are certainly helping fishermen like those in Port Clyde to make more money from their catch. But the movement is still young, and community-supported fisheries have a ways to go before they can make a dent in traditional markets.

By their nature, customers of community-supported fisheries take their fish seriously — and many want to also know that their catch is being brought in with sustainability in mind. But the environmental claims of these new purveyors are “as diverse as the fish in the sea,” as Sean Dixon, co-founder of Village Fishmonger NYC, puts it. Some, like Big City Fish Share in New York, adhere to a strict policy of only buying from certified sustainable fisheries while others support a broader array of fishermen. And though working with small fisheries is a founding principle of most community-supported fisheries, Village Fishmonger, the city’s only year-round outfit, buys from big fisheries and supports fish farms, so long as the operators provide transparency and invest in their local community.

An added bonus for adventurous eaters is that each box contains a special treat in the form of an unusual species of edible fish, such as dogfish, skate or redfish. One of the ways that managers combine their support of fishermen with their concerns for the environment is by buying underloved, as Tolley puts it, species that are abundant but which don’t sell well on traditional markets. This is all part of a strategy to reduce overfishing by catching species that are flourishing rather than those in danger. Delivery boxes often include recipes for members who are clueless about what to do with a dogfish.

“I think the customers appreciate getting some fish that they’d never buy themselves,” said Matt Gove of Big City Fish Share, a modest community-supported fishery with 50 members in New York. “Stuff like blowfish that is a real local fish that you have to eat quickly. Bluefish is also a real staple but has to be eaten quickly because it’s a really oil-rich fish. Scup is another great local fish and it’s well-managed and low on the food chain, and right now it’s plentiful.”

It’s not just residents who are enjoying the fresh bounty — chefs are getting in on it, too. Sean Barrett was moved to create Dock to Dish, a New York City-based community-supported fishery, in 2012 after eating the freshest fish of his life caught along the coast of San Sebastian, Spain. He’s proud that he now sells local seafood to some of the city’s finest restaurants. “It’s literally the freshest, cleanest seafood you can get,” he said. “We have an under 24-hour rule where from the time it leaves the dock to the time it’s in our customers hands, it’s under 24 hours. I think our record last season was 46 minutes from the docks into the kitchens of a restaurant.”

At Dock to Dish, members receive about two pounds of fish at $36 a week for an individual share, which typically feeds two to three people, or four pounds at $70 a week for a family share, which feeds four to six. The full season runs from June to October. Virtually all of this money goes right back into the fishermen’s hands.

“Our fisherman are receiving the highest price they’ve ever received in their lifetime for their fish,” said Barrett. Unfortunately for Barrett, this also means that those profits aren’t landing with him once he covers the cost of a delivery vehicle, supplies and labor. “So you’ve got everyone very excited about pricing but it’s a break-even prospect for Dock to Dish in the end,” he said. “If we break even, we give each other hugs and high fives.”

This seems to be the rule among community-supported fisheries, rather than the exception. Gove and his wife kept their day jobs when starting Big City Fish Share, which is well into its third season and has yet to break even. Barbara Walker, a marine researcher at University of California, Santa Barbara, is in the midst of an analysis of best practices for these new businesses. “People are doing it because they want to,” she said, although the returns are skimpy. “And a lot of really educated people with master’s degrees have started these things and they’re willing to be poverty-stricken for a while.”

Researchers also clarify that these groups are merely a supplement to traditional markets, rather than a replacement for them. Walker points out that all the fishermen who sell through community-supported fisheries must also continue selling through the old markets because the small operations simply aren’t big enough to buy all of their catch.

This makes it hard to measure the impact of this new model. Ayeisha Brinson, an economist at the University of Miami, tried to calculate how much extra money fishermen in community-supported fisheries were making than if they had sold their catch to traditional markets. She and her colleagues completed a study for the National Ocean and Atmospheric Administration but weren’t able to hone in on a result quite like they’d hoped.

Tolley said this isn’t the point. “I don’t think the purpose is to convert all the fisherman’s landings and send it to a community-supported fishery,” he said. Instead, he sees them as a way to supplement a fisherman’s income and to get local fish to residents. He believes the rise of community-supported fisheries has prompted big seafood buyers like hospitals and universities to think about sourcing more of their fish locally.

For now, the members and fishermen who have landed a share or a sales agreement with a community-supported fishery seem content. Every single one of the 100 customers who bought a share with Dock to Dish last season renewed it for this year, and the waiting list is so long that Barrett stopped counting names once it surpassed 300. He likes to use the phrase, “storied fish” to describe the seafood he serves. It’s a phrase that’s meant to refer to the stories of the fishermen that he works with, but which also harkens back to that clan of resourceful shrimp fishermen in Port Clyde who started it all.