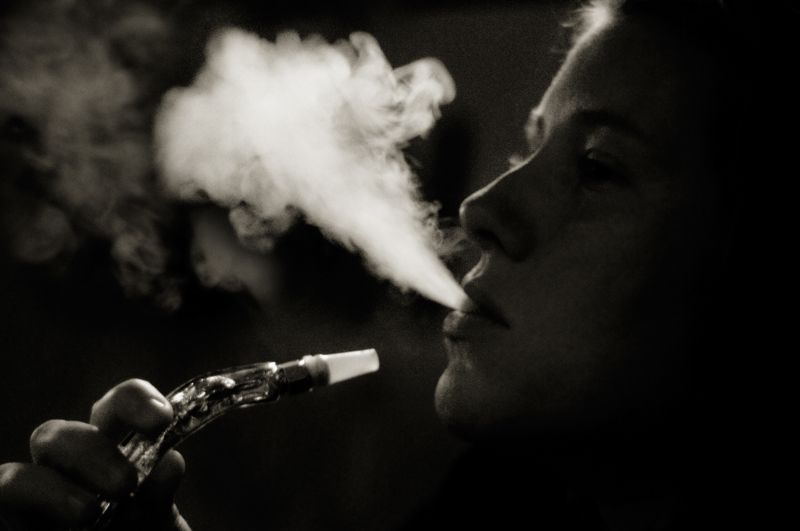 So you’ve decided to quit smoking

You may have been horrified yet compelled to watch those Tips From Former Smokers ads in the past, the ones featuring former cigarette smokers who have lost their hair, teeth and vocal cords due to tobacco-related illness. But what you probably didn’t realize was that smoking hookah or e-cigarettes can have equally devastating long-term effects on your health.

Hookah smoking is not safer than cigarette smoking. But it is commonly perceived to be both less harmful and less addictive than smoking cigarettes. It should come as no surprise then that smoking flavored tobacco in hookah pipes has become increasingly trendy across the United States, with hookah lounges opening up in major cities and friends gathering to socialize and share the same pipe.

But once people, especially adolescents, start thinking that these new flavored tobacco products are socially acceptable, they may not think twice about trying cigarettes. A new survey published Oct. 26 in the Journal of the American Medical Association says there is good reason to be worried. Among kids aged 12 to 17 who had used tobacco, four out of five said the first product they tried was flavored, whether it was hookah, e-cigarettes, little cigars or other smokeless forms of tobacco.

Flavors like apple, bubblegum, Blue Mist, and Sex on the Beach make this kind of smoking sound like fun, and they distract smokers from the presence of tobacco, since the smoke doesn’t have the classic smell of cigarettes.

“Young people are being hooked on tobacco products through the use of flavoring that appeals to them,” Dr. Norman Edelman, a senior scientific advisor for the American Lung Association, told HealthDay.

Yet tobacco is no less hazardous in a hookah pipe than in a cigarette. And the myth that water in the hookah filters out toxic, cancer-causing ingredients is simply untrue. In fact, because hookah smokers have to take more puffs and inhale more deeply due to the design of the water pipe, they may actually inhale 100 to 200 times the volume of smoke inhaled from a single cigarette over a 60-minute session, thus inhaling more carcinogens.

Anti-smoking campaigns such as Tips and intense government regulation of tobacco products have helped to drive down the number of cigarette smokers in the U.S. Perhaps it’s time to impose stricter tobacco controls for flavored products too.

Hookah smoking is very bad for our lungs because it gives the lung cancer. A hookah device is a water-pipe smoking tool that is usually used to smoke tobacco. It is very popular in the U.S.

Thanks for these information. I heard a lot of things about hookah smoking. Good thing I now diverted my attention to e-cigs.