Efforts to rein in synthetic cannabinoid drugs are falling behind 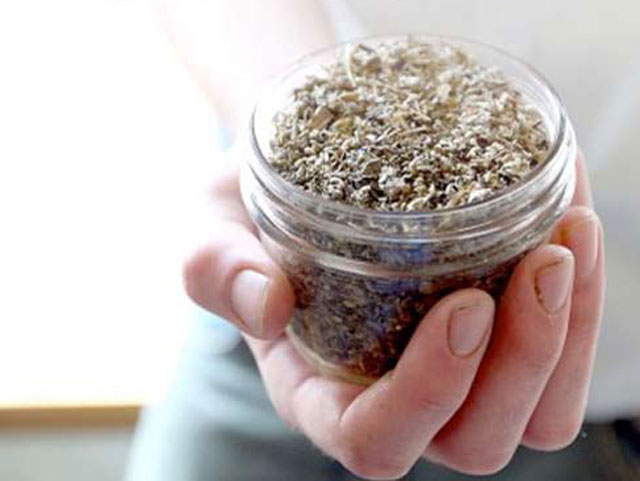 Synthetic cannabinoids are made from dried plant material that has the drugs sprayed onto them, making their concentrations highly variable and the side effects highly toxic. [Image credit: Wikimedia Commons]

A racing heartbeat, agitation, intense hallucinations and psychotic episodes are just some side effects of new designer drugs sold as K2, Spice and fake weed. Known as synthetic cannabinoids because they roughly mimic the effects of cannabis, the drugs are cheaper and more powerful than marijuana.

Most of them are also legal in all 50 states, and almost impossible to detect because new versions are emerging — more than 400 at last count — much faster than public health officials can develop screening tests.

Most concerning of all, people who smoke or ingest synthetic cannabinoids are increasingly ending up in the hospital due to toxic side effects. More than 6,189 incidents involving the drugs were reported to U.S. poison control offices in the first nine months of 2015. That’s more than double the number of reports in all of 2013, according to the American Association of Poison Control Centers.

“It’s a big problem across North America,” said David Juurlink, a toxicologist at the University of Toronto. He says it’s unfortunate the drugs are sold as “fake weed” because that implies they are harmless alternatives to marijuana when, in reality, they are extremely potent and toxic. They also pose special problems for emergency-room doctors, who have no way of screening for the drugs and have to guess, based on behavior, whether a person took synthetic cannabinoids. “People who smoke synthetic cannabinoids get very agitated and delirious and can be very difficult to control. They are some of the most frightening patients to take care of,” Juurlink said.

Scientists like Marilyn Huestis, chief of the Chemistry and Drug Metabolism Section at the National Institute on Drug Abuse, are working hard to find ways to identify the harmful chemicals in these drugs and understand exactly how they affect the body. To isolate the toxic chemicals, she “feeds” synthetic cannabinoids to human liver cells in a petri dish, and then uses high resolution mass spectrometry to determine how the liver metabolizes these drugs. She then analyzes the metabolized chemicals produced by the cells with the goal of developing tests for screening potential users.

Huestis’ lab has reduced the turnaround time for analyzing synthetic drugs from two years to about two months. They try to publish their results as rapidly as possible so that hospitals and police can identify these drugs when they are ingested. But new synthetic cannabinoids hit the street even faster, she said.

Speed isn’t the only problem for Huestis’ team. After they’re consumed, the drugs can be metabolized inside the body into many different compounds, forcing scientists to try to guess which ones are causing symptoms, and how all those metabolites may be interacting inside the liver, brain and elsewhere.

“It’s like taking a big jigsaw puzzle of 1,500 or more pieces, throwing it up into the air and trying to piece it back without a picture,” Huestis said.

Synthetic cannabinoids are up to 100 times more potent than pot because they bind more tightly to cellular receptors in the brain and body than tetrahydrocannabinol, or THC, marijuana’s principal active ingredient. They provide an even stronger high than the new, THC-fortified pot strains that are popular in states like Colorado and Oregon that have legalized recreational marijuana use, according to Huestis.

Activists who want more states to legalize pot argue that making marijuana easier to find would reduce the use of the riskier synthetics. “The advent of these products on the criminal market is entirely a consequence of criminal marijuana prohibition,” said Paul Armentano, deputy director of the National Organization for the Reform of Marijuana Laws.

New synthetic cannabinoids keep flooding the North American and European markets because they are manufactured on an industrial scale with a huge profit margin overseas, predominantly in China, and not by solo, Walter White-type chemists, Kroll said. The big laboratories can tweak chemicals and synthesize them quickly in large batches, without any oversight from safety agencies.

Potentially, the U.S. Drug Enforcement Agency could ban all chemicals sharing a similar structure, known as analogues, under the Federal Analogue Act. But that 29-year-old law is very vague on what constitutes an analogue, Huestis said. Before a whole family of drugs could be banned, a scientific expert would have to compare the new drugs to a sample of already scheduled drugs, and would also have to look at the effects the drugs produce in the human body. By the time this data is available, new variations are already on the market.

“It’s a really complex problem,” Kroll said. “It’s kind of like chasing your own tail.”

It seems to be reasonable for me. By the way, I think the details in the article really strike the point.