The fear of tampered Halloween candy may be unfounded, but you could be getting more than you bargained for 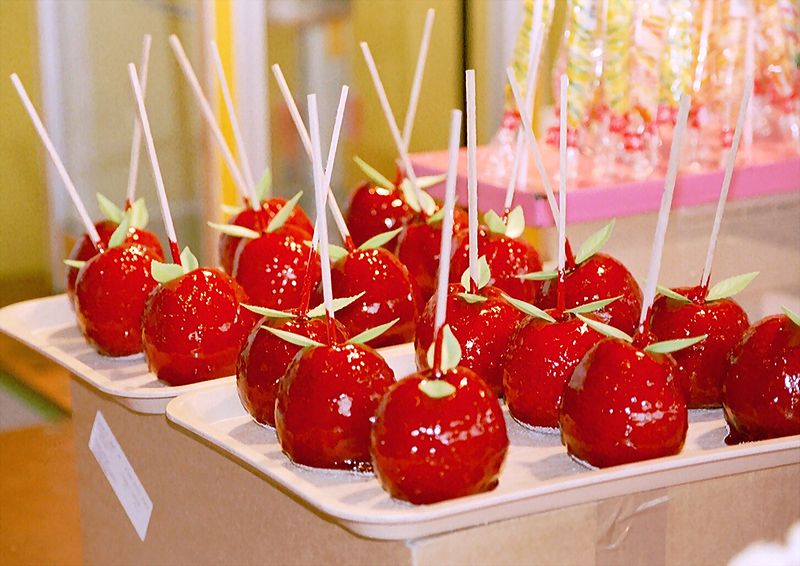 At least that’s what some sensationalist media outlets and public officials would like you to believe. And this year, as part of the annual unsubstantiated fear-mongering, the Jackson, Mississippi, police department added ecstasy to the list of drugs that parents should worry about being handed to their mini-monsters while out trick-or-treating. They warned parents about the new addition in a Facebook post that went viral last week before it was subsequently removed. 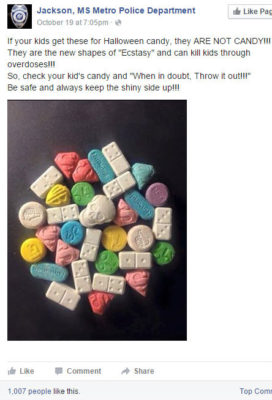 But the actual incidents of drug poisoning through Halloween candy are few and far between. Even after Colorado legalized recreational marijuana last year, Children’s Hospital Colorado, which is the largest pediatric hospital in the area, did not have any instances of accidental pot poisonings. Neither did the Rocky Mountain Poison and Drug Center. In fact, there have been only two deaths definitively linked to poisoned candy in the past 45 years. In both cases, victims knew the perpetrator. And the Jackson police have since removed the aforementioned post from Facebook.

This fear of strangers with candy is not new. But it becomes less believable when you realize how unlikely it is for someone to hand out expensive drugs for free — whether it’s ecstasy or weed. A single dose of ecstasy in the form of a pill sells for around $10, while one gram of marijuana, enough for a cigarette-sized joint, costs up to $20. And people are growing increasingly aware of the costs of these drugs, which can be seen in some memes already flooding the internet.

As unlikely as it for drug-laced candy to end up in kids’ Halloween baskets, it is available for adults who want a grown-up high. In the four states where recreational marijuana is now legal, edible forms of the drug are available in all shapes and forms, with some of them closely resembling Hershey’s chocolate, gummy bears and cookies.

These THC-enriched edibles are a bigger concern for local law enforcement than the ecstasy candy hoax. They attract tourists from other states where marijuana is not legal, and sometimes people bite off more than they bargained for.

“Marijuana in edibles is not as fast-hitting as smoking it can be,” said Colorado State Trooper Nicholas Hazlett in a phone interview. “After 30 minutes, if someone who is unfamiliar with dosing is still not feeling any effects, they may eat a few more bites of a cookie and so on. Before you know it, they’ve just taken ten times the normal serving and can go into a state of psychosis.”

That’s why this year, Colorado lawmakers have made it mandatory for marijuana edibles to be clearly labeled with information about the amount of marijuana in each product. And instead of posting YouTube video warnings about drugged candy, the Denver police department simply left an adult safety tip on their Twitter page, asking over-21 ghouls to find a designated driver “if you are planning to consume adult goods/beverages.”

So while the paranoia surrounding tampering of Halloween candy for children is vastly overblown, you could try a spooky treat of your own. Just be sure to check the dose before you do.