Should you shave your pubic hair before giving birth? 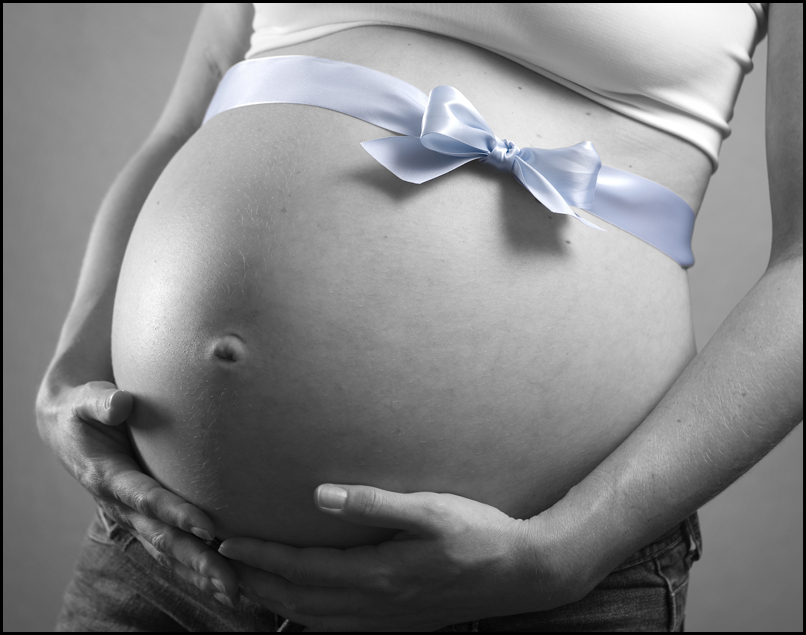 Getting the down-low on whether you should shave your pubic hair before giving birth doesn’t have to be an awkward conversation. [Image Credit: Flickr user Meagan, CC BY 2.0]

39 weeks pregnant, Tina (not her real name) was standing in front of the bathroom mirror with scissors twisting while trying to do the impossible — trim her pubic hair under her hugely pregnant belly. At 36 weeks she’d managed, but this time she had to call her husband to the bathroom to help her perform this most private of rituals.

How you groom your pubes is one of your most personal choices. Only you, and some privileged individuals, will know how you prefer to keep your pubic hair — except for in the birthing room.

With everything on display, some women are opting to go all out and get waxed because they feel more comfortable and cleaner that way. Although there are no comprehensive numbers published, one hospital says that about 75 percent of women manage their pubic hair via waxing or shaving. But a recent review of medical studies on pubic shaving and birth found no evidence that shaving your pubic hair makes you cleaner or less likely to get an infection during birth. Still, if you would like to groom your pubes, here are five questions to consider before shaving for birth.

What makes you feel the most comfortable?

“I didn’t want to look like a hairy monster down there,” says Diana (not her real name). When she had her first child six years ago, she trimmed for her elective C-section, but as she was lying on the table they told her that they needed to trim a little more, showed her a small disposable razor, and started shaving down her pubic hair. “It was a little bit weird at first,” she says, “but not any more weird than getting waxed.”

“Whatever people feel comfortable with is what they should do,” says Kate Strooband, labor nurse at Legacy Emanuel Medical Center in Portland, Oregon. “We’re just very patient-centered, so whatever people want or come in with we can deal with.” With current research in mind, doctors don’t care what your pubic hair looks like, she says, and the most important thing is that women are comfortable. And for a lot of women, like Diana and Tina, comfort involves doing some amount of pubic grooming.

When would you shave?

Research from the 1980s suggests that shaving 24 to 48 hours before surgery actually increased the risk of infection at the surgical site. Strooband says that if women ask if they should shave before giving birth, “we would discourage people from doing that, actually, because when you shave, even if you can’t tell, you can have micro-cuts and you can get infections in them.” Strooband suggests that if women want to groom, they should do it more than 48 hours before labor, and only trim closer to their due-date. This way, the tiny abrasions have a chance to heal in a clean environment.

Have you decided to get a C-section?

Because of worries about infections in micro-cuts, hospitals have largely stopped shaving women before C-sections, says Anne Lara Kuntz, a midwife at Maternidad La Lutz Midwifery School and Birth Center in El Paso, Texas. However, there is no relationship between infection and pubic shaving according to a review in 2014 by Vittorio Basevi, an obstetrician at the Center for Documentation of Perinatal and Reproductive Health in Bologna, Italy. Despite this result, Basevi still suggests that “women should not shave before giving birth.” In preparation for labor, Basevi says women “should simply wash with soap and water.”

There is no clear medical benefit to shaving women before C-sections and episiotomies, and doctors say they support whatever women chose to do. In four studies of 1,039 women total in the United States and Thailand, there was no difference in risk of post-birth infection, fevers, healing of stitches or maternal satisfaction between women who did or didn’t have their pubic hair shaved.

Are you shaving for the ob-gyn?

“I do think that society in general is all about the hair removal. It’s actually pretty rare for me to see a woman who has not removed any pubic hair,” says Kuntz of her midwifery practice. Close to 75 percent of women do something to their pubic hair in both Portland and in El Paso, say Strooband and Kuntz. When a woman comes in groomed and “I think she may have done that for me, that’s sad to me because I don’t care,” Kuntz says.

How are you going to deal with postpartum bleeding?

Postpartum bleeding typically occurs for three to ten days after birth, and initially looks like an extremely heavy period as your body expels leftover placental lining and blood. Kuntz says a major reason women remove pubic hair is to keep this blood from getting stuck in it after birth — and for a lot of women, that’s a real reason to trim their pubic hair.

After experiencing heavy bleeding post-birth, Diana, then 39, decided to just get waxed for her second child. She did research on different types of waxing online and came out of her appointment with just a small triangle of hair in front and the rest of the hair removed. For Diana, it made dealing with the blood post-birth incredibly easy — so much so that she even recommended the specific shape of her wax to a friend. “It would be nice to do that once a month around my period — that would be awesome,” she says. “If I was going to do it again, I would do that same wax.”

And for Diana, waxing was ideal — but it might not be for everyone. The most important thing to remember, Kuntz says, is “women should do whatever makes them the most comfortable.”

This is a really good read. It made me remember all the stuff I researched before having my baby, but reminded me also that it is such a personal choice, and from this article it seems that people are basically weighing up the risk of infection versus their personal comfort. For me, the thing I was worried about most was the regrowth in the event of a necessary c-section; if you wax beforehand, it won’t grow through your new abdominal scar as quickly, or be as spikily painful. But I guess that is also a comfort versus hygiene question, given the risks of having a c-section in the first place.

I’m having my baby in the next couple weeks and wont be shaving or waxing for the following reason:
about 3 weeks ago i got an ingrown hair from shaving my legs and it turned in to an abscess within about 24 hours of the small bump appearing. I had to be on antibiotics for a week and its still not 100% gone so I’m still having to monitor it. The doctor told me at that time that this is very common in pregnant women as your immune system is lowered, that combined with increased blood volume makes any skin infections very dangerous. She told me that I should not be shaving at all until after the baby, and no woman should. I’m following her instructions and cant imagine how painful and uncomfortable an abscess in my pubic region would be… especially during childbirth.

Great post, It gives me information that I’m looking for :) Thank you very much for sharing this post.