Nude is only nude if you’re white 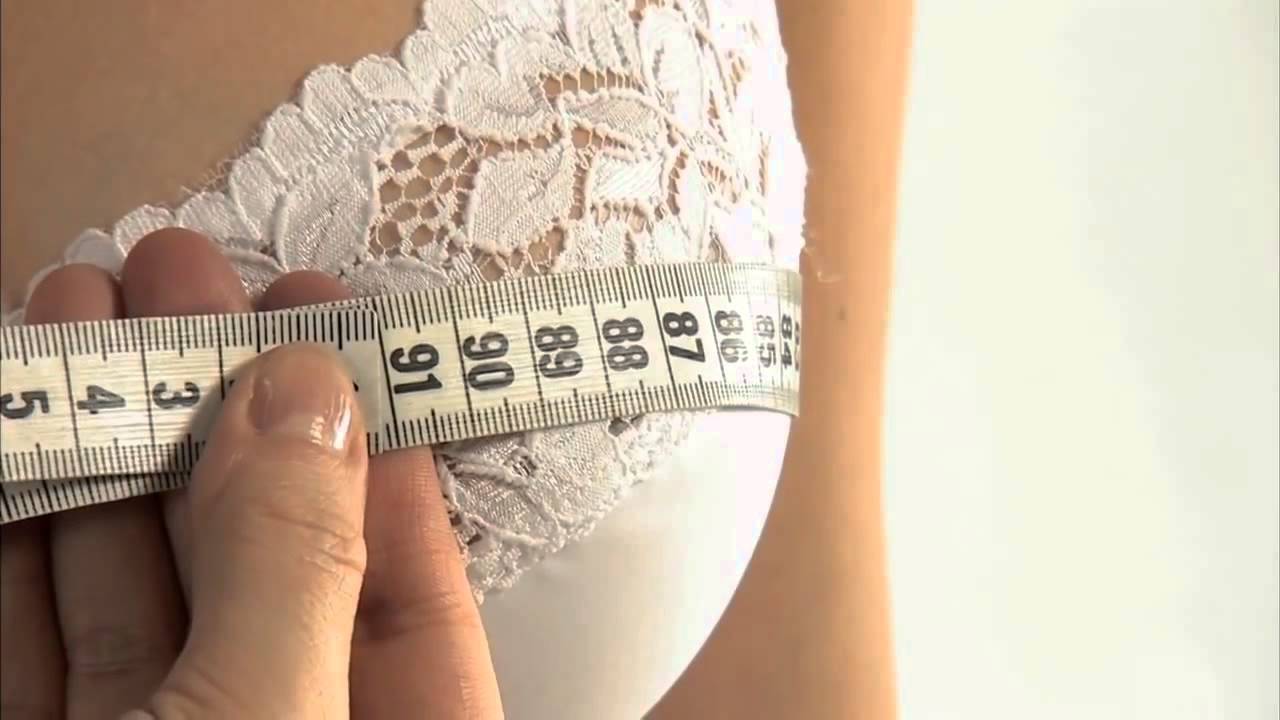 Old people names of the future

Bras: can’t live with ‘em, can’t live without ‘em unless you want everyone to judge you for not abiding by social norms. They’re our best and worst friends. And until the fashion industry can make a white blouse that isn’t somewhat translucent (seriously, why have we not solved this problem?), we’re stuck wearing that staple of every woman’s wardrobe: the nude bra. It isn’t attractive, it isn’t sexy — it just gets the job done. But not if you’re black.

If you’re black in America, bras that the fashion industry confusingly calls “nude” aren’t nude at all. They’re far too light a shade to ever blend into your skin tone. But pitch black bras probably won’t do the trick either. Until the lingerie company Nubian Skin launched its line of dark skin tone bras in 2014, it was hard to find a skin tone bra as a black woman. It’s still amazingly hard today.

Victoria’s Secret (plus its PINK line), Maidenform, and the various Hanes brands (among them Playtex and Wonderbra) hold the lion’s share of the lingerie market in the United States. That means when your average woman goes bra shopping, odds are she’s looking at a bra made by one of those brands. About 88 percent of those bras are available in at least one pale skin tone. Nearly 29 percent are available in multiple pale shades. Only 12.6 percent come in a dark skin tone.

I know this because I looked at every single bra that these brands sell online. Of 183 bras, only one bra came in multiple dark skin tones. It was the Lilyette by Bali Plunge Into Comfort Keyhole Minimizer Bra, which I suppose I have to applaud for its diversity (though not for its name or for its design).

It’s possible that some of the bras weren’t ever meant to blend in. Maybe they’re meant to be worn under thick, dark clothing or at trendy music festivals. So let’s be generous and say that only the 88 percent of bras that came in pale skin tones (or 161 bras out of the 183 I checked) were intended to be worn discreetly. There were 23 bras that came in dark skin tones, which recalculates to…14 percent.

And that’s including the 10 Victoria’s Secret bras that came in what they termed Dark Iron Crochet Lace. Since that lacy bra wasn’t really a solid color at all, it was virtually useless as a nude style bra. So really it’s more like 13 bras total in dark skin tones.

Which isn’t to say that these companies skimp on color variety. Even the standard Playtex brand averaged over four color options per bra. Victoria’s Secret had almost 12 colors on average.

It’s difficult to say why these companies are ignoring the 14 percent of American women who are black. Maybe it starts at the top — black women in fashion are a tiny minority. Only three of the 260 shows at New York Fashion Week 2015 were by black designers. Just 12 of the 470 members of the Council of Fashion Designers of America are black. Most elite fashion designers aren’t working on something as simple as bras, but perhaps a lack of black fashion executives translates into a poor understanding of what “nude” actually means.

When it comes to something as basic as bras, you’d think they could figure it out. Every woman in America, barring some small subsection who resist societal norms, has to buy bras. And we expect those basic bras to perform a very particular function — just not for black women. 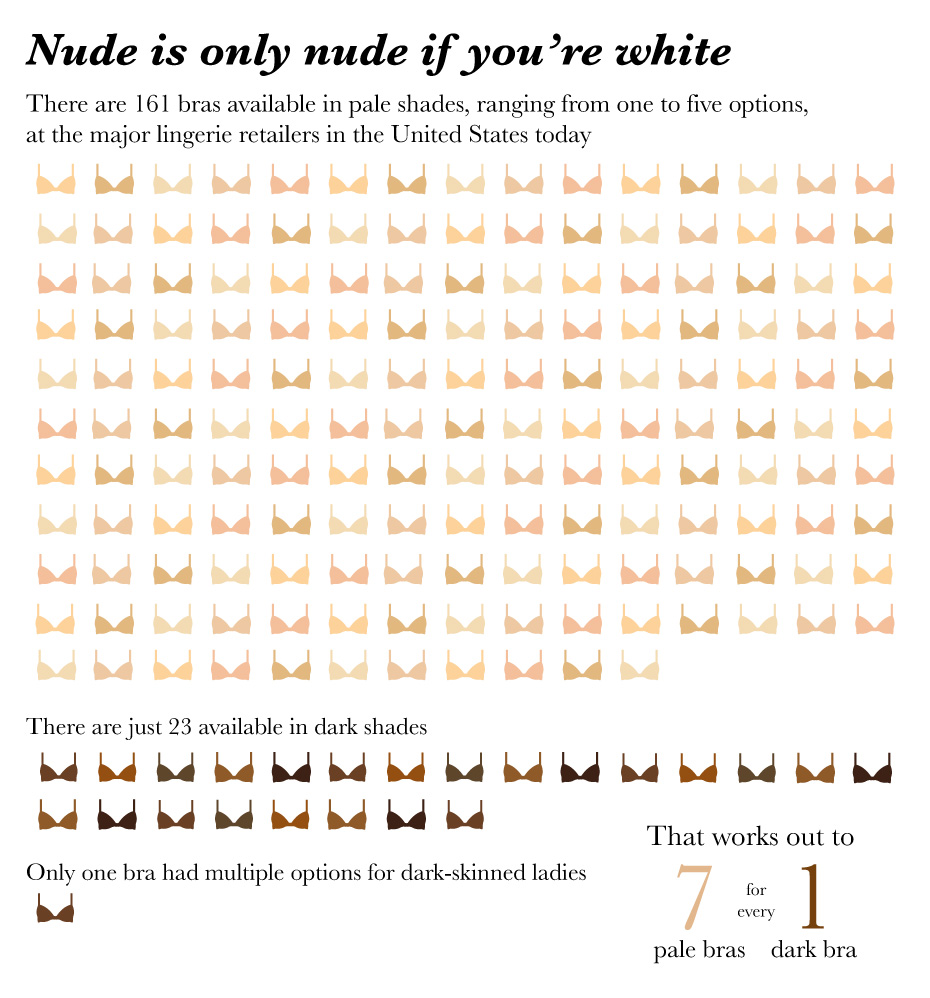 Very insightful! As a Black woman I want to stress however that we even come in shades of so-called “nude”. There are black women whiter than most white women, some with the same complexion as some white women and of course different shades of brown, tan, and olive. Perhaps it’s “only nude if you’re a crayon”, because I have yet to see a perfect “nude” match on even a white woman!