The science behind alcohol’s heat 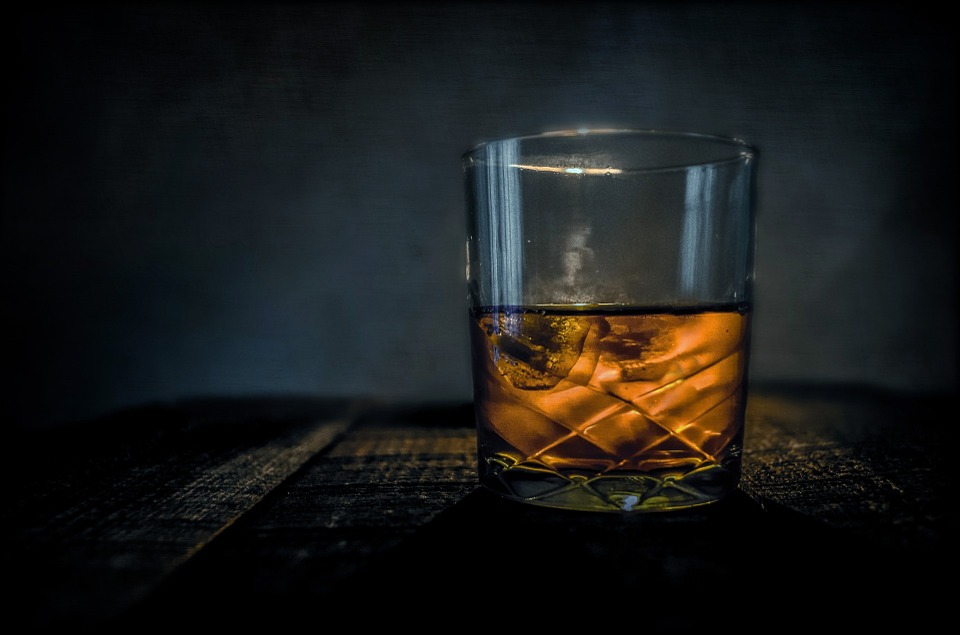 Tipping back that glass will come with a delectable burning sensation — but why? [Image Credit: PublicDomainPictures,CC0]

You are sitting in the bar with your friends, a whiskey neat in hand. The fumes from your glass cause the roof of your mouth to tingle as you tip the glass to your lips. Whiskey slips across your tongue, a warm burn following behind.

As the liquor engulfs your taste buds, its touch is focused on a very specific cell type. Situated in the delicate tissue that lines your mouth and throat are nerves that warn your body of extreme heat, among other things. They serve as your body’s thermometers, telling you that your morning coffee is hot, and tingle if it’s more than 108 degrees Fahrenheit. If you sip it too soon, at a more dangerous temperature, they burn in pain to protect you from doing it again.

But these slim nerve cells are sensitive when they meet alcohol. The whiskey is a tease, tickling the nerves and leaving them more responsive in its wake. Instead of waiting for 108 degrees, they lower their standards and respond to anything over 93. Confused, the nerves suddenly think your body temperature is a hot liquid. In the wake of the whiskey, they send warning signals of a burning sensation. The higher the concentration of alcohol, the more the nerves are fooled, and the louder they send the message.

Had you ordered your whiskey on the rocks, these sensations would be softened. With the liquor cooler your nerves would have been relaxed slightly by the chill of the ice, despite the alcohol-induced edge. No longer overwhelmed by the burning sensation, instead of feeling mostly heat, you would have been able to taste more of the whiskey’s spice. The natural warmth of your body, ignited by the whiskey neat, hides this complexity of the spice.

The same nerves that respond to the alcohol also tell your brain about the tingle from spice and the flavor of sour. A whisky ginger tastes spicier because the alcohol primes the nerves to be more responsive to the spice, and a whiskey sour is made sourer by the same process.

You breathe. Warmth settles in your stomach, the roughness of your throat a lingering reminder of that cellular caper.

Well, that was arousing. *sips whiskey*

Interesting. Can you refer me to the source for the information about the temperature at which pain and temperature neurons in the mouth respond to hot water or warm alcohol? Thanks!

I do not believe that whisky on the rocks is better for tasting “spice”. If anything, whisky (single malt in any case) should be drank neat with a side glass of water.

My throat was burning just reading that!

Why is this written so erotically. I’m not someone that gets turned on easily by descriptions but as I was drinking the whiskey reading this,gosh!!

Cannot Get over How beautifully this was written… not at all necessary, but all the more appreciated