Personal space is wired in our brains, and here’s how scientists discovered it 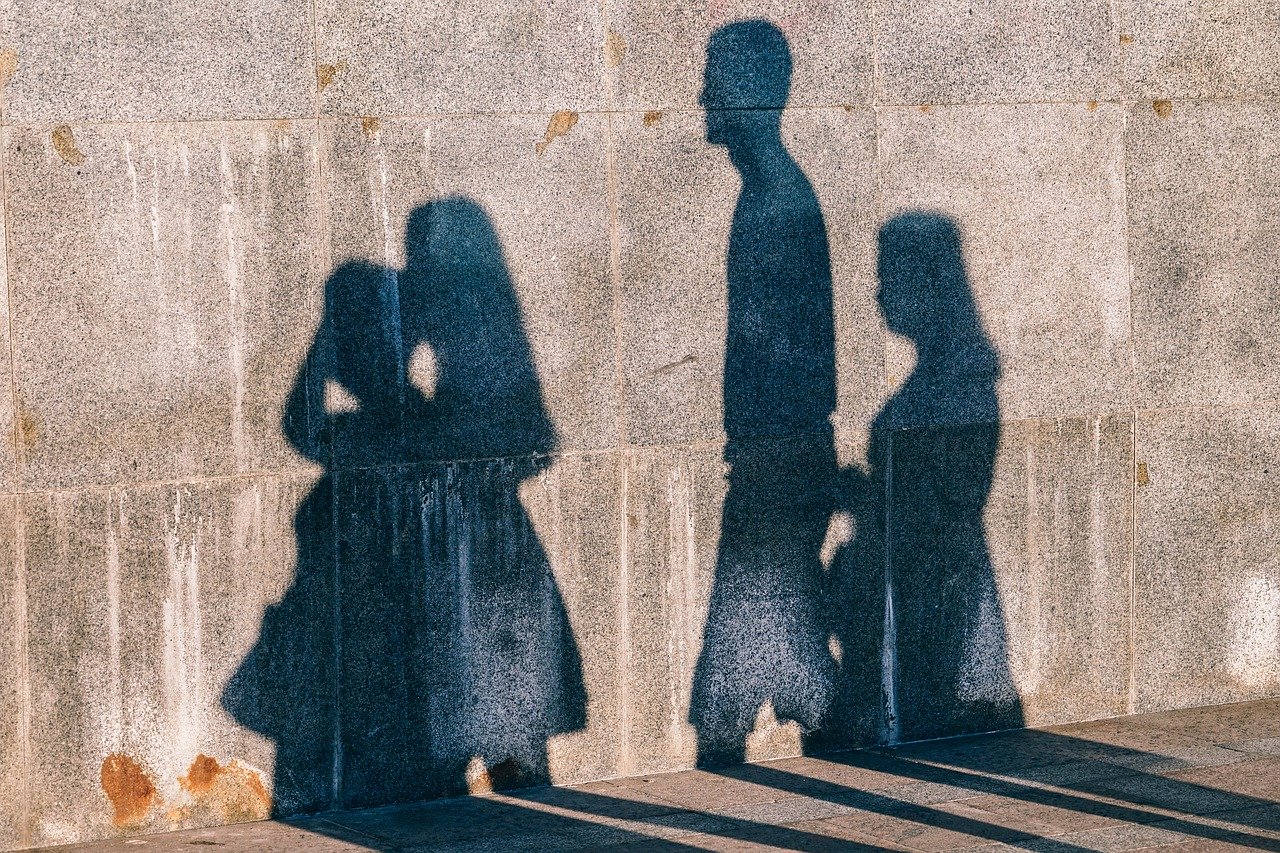 Coronavirus is spread through the air, which has forced governments to declare lockdowns and other forms of social distancing in over 200 countries / Credit: Image by Igor Ovsyannykov from Pixabay.

Before the coronavirus outbreak spread across 212 countries, for some Americans, kissing the cheek of someone they just met might have felt off-putting. But in continental Europe, it used to be common practice. And while The Beatles once sang that they wanted to hold the hand of the girl they liked, in many parts of the Middle East, Asia, and Africa, men used to hold hands with their male friends as a way of expressing a sense of brotherhood. In the midst of this pandemic, Maria Paula Rubiano started wondering about personal space boundaries. She followed that curiosity, and here’s what she found.

Maria Paula Rubiano: It was my first night out in New York City.

Behind a small, fogged window in the middle of a quiet street, people from all over Latin America danced to the rhythm of reggaeton and salsa.

Our jackets lay on the floor, so our sweaty arms, necks, and backs touched each other at every moment. I had never felt closer to home.

When my American friends asked me about my weekend, well…

Rebecca Sohn: That doesn’t sound nice, that sounds like, gross and like I would never want to do that.

Maria Paula Rubiano: It wasn’t only that. Since I’d arrived in the United States, I’d noticed how uncomfortable Americans act when we Latinos try to greet them with a warm hug or when saying goodbye. It felt like here in America, people had different preferences for personal boundaries.

And, it turns out, there’s a whole field of psychology and neuroscience dedicated to studying how each society thinks about personal space. It’s called proxemics.

Roger Kruetz: So the easiest way of thinking about proxemics is that it’s simply the amount of personal space that you maintain between yourself and the person you’re talking to.

Maria Paula Rubiano: That’s Roger Kreuz. He’s a professor of psychology and associate dean in the college of arts and sciences of University of Memphis. Kreutz told me that proxemics officially became an area of study in 1966 when an anthropologist named Edward Hall explored the term in his book, The Hidden Dimension.

Roger Kreutz: and he was able to document that in America we tend to keep people at a certain distance in terms of talking with them and he specifically came up with four different zones that people have around their bodies.

Maria Paula Rubiano: Hall believed that these zones were like fixed invisible bubbles around people’s bodies, and that each culture had a preference for a different sized bubble. In Hall’s view,

Maria Paula Rubiano: Experiments throughout the seventies and eighties seemed to confirm what Hall said: that some cultures,like Middle Easterners or Latines, don’t mind letting strangers into their intimate distance—up to 18 inches away. Other societies, in turn, had apparently determined that

Roger Kreutz: unless you know somebody very well, you’re going to keep them in your personal or social distance and only intimates are going to really be in your intimate zone.

Maria Paula Rubiano: But, despite the differences, Hall believed that these zones—these “invisible bubbles”—were rooted in biology. He was inspired by the work of Heini Hediger. Hediger argued that all animals have a sort of spatial zone around their body. When another animal or object goes inside that zone, the so-called “fight or flight” responses will take place. So Hall speculated that personal space in humans has a lot to do with those basic animal instincts. But no one had actually proven it until this guy appeared.

Maria Paula Rubiano: So, in the labs of the University, they opened the skulls of anesthetized macaque monkeys (before trials in these animals were banned in the (U.S.). Graziano and his team would introduce a hair-thin tungsten wire into the exposed brain of the monkey. That wire was designed to pick up electrical signals of neurons.

The monkeys, although anesthetized, had their eyes open through the experiments. When experimenters brought a pingpong ball on a stick — close to the animals, well, a brain area called the putamen would fire up.

Until then scientists thought the putamen was only important for regulating movement in the body.

Michael Graziano: So we discovered something else in there that nobody had suspected.

These neurons essentially keep track of what’s near you, how it’s moving, whether it’s likely to hit you and they feed directly into a whole set of behaviors we would think of as reflex behaviors.

Maria Paula Rubiano: But new questions would arise when they changed the type of object they would bring into the room.

Michael Graziano: Monkeys love apples and they’re not very fond of snakes — and it completely confused us at first. but these neurons that respond to the space near the body, they were responding extra powerfully to a rubber snake, but they weren’t responding to an apple.

We realized, Oh, this is what’s going on. The snake is revving up or increasing the volume on these neurons. It’s expanding the personal space, but the apple is doing exactly the opposite, shrinking the personal space so that the monkey will allow this object to come close to him.

Maria Paula Rubiano: So, OK, what they found is that personal space is not a series of fixated bubbles around the body. It is not a place you invite people in. It’s exactly the opposite. Personal space is the region you don’t want other people coming near. Like a balloon that either expands if you are feeling anxious about a snake or a stranger; or contracts if an apple pie—or your own cutie pie—is coming your way.

This, of course, brought me back to dancing reggaeton and salsa in my little Latino club in Brooklyn, and the initial reaction of my American friend Rebecca.

But then, I remembered something else she told me about one night that she went contra dancing, something that she’s been doing for years.

Rebecca Sohn: Picture an event hall, like a hall that you might have someone’s wedding reception, or a party in. Picture the entire thing covered in wooden dance floor, and then picture it filled from the back of the room to the doors…

Rebecca Sohn: … Completely with people and that was what it was like. Everyone is pressed against one another. I realized that in that context I actually loved it.

Michael Graziano: it has become a cultural myth, that different cultures and different countries have radically different sizes of personal space. And that’s not actually really true. People’s cultural behavior is very different. But when you measure the size it seems actually pretty consistent across cultures.

Maria Paula Rubiano: But that didn’t answer the question of why my American friends don’t hug each other while greeting, or why Edward Hall’s observations in the sixties seemed to show that culture apparently does modify personal space.

When I asked Michael Graziano about it, he offered this example.

Michael Graziano: Have your person that you’re testing standing in a room, have a total stranger walk toward them and see at what point the person steps back. You could put people in that situation and you’re probably going to find very similar responses across cultures. But what might be really different across cultures is how quickly you decide somebody is a stranger or a friend.

So maybe there are cultures in which you look at people who you don’t know very well, but you just embrace them and you treat them like friends and then you’re more likely to let them closer.

Maria Paula Rubiano: And Kreutz, from the University of Memphis, remember him? Well, he supports this idea.

Roger Kreuz: Nobody teaches their kids, you know, how far to stand from, from other people. Simply watching other people, we get a sense of what people are comfortable with. And I think that children observe, absorb that. You simply figure out in your culture, whatever calls to that might be what people do and you unconsciously imitate those sorts of behaviors.

Maria Paula Rubiano: It’s been several months since my night dancing in that club…and since then society has changed in a new and unprecedented way…

NBC Nightly News Broadcast Coronavirus is reshaping the way we interact with each other.

Maria Paula Rubiano: I didn’t return to my Latino club, and I didn’t hug goodbye the friends that left New York to be with their families during the emergency. Of course, I am not the only one taking a step back from my fellow humans.

Rebecca Sohn: the contra dancing community was one of the first ones to totally shut down, because it’s a social dance, so right away people knew that they couldn’t do it.

Maria Paula Rubiano: Right now, our personal space bubbles are bloated for our own safety. Hopefully, after this all happens, we’ll shrink them and get closer once again.

For Scienceline, I am Maria Paula Rubiano.

Before arriving in New York, Maria Paula worked as a full-time staff reporter for El Espectador, one of Colombia’s leading newspapers. She has traveled on helicopters, boats and canoes looking for stories about water resources and deforestation.