They're here to eat wood and chirp out of their butts 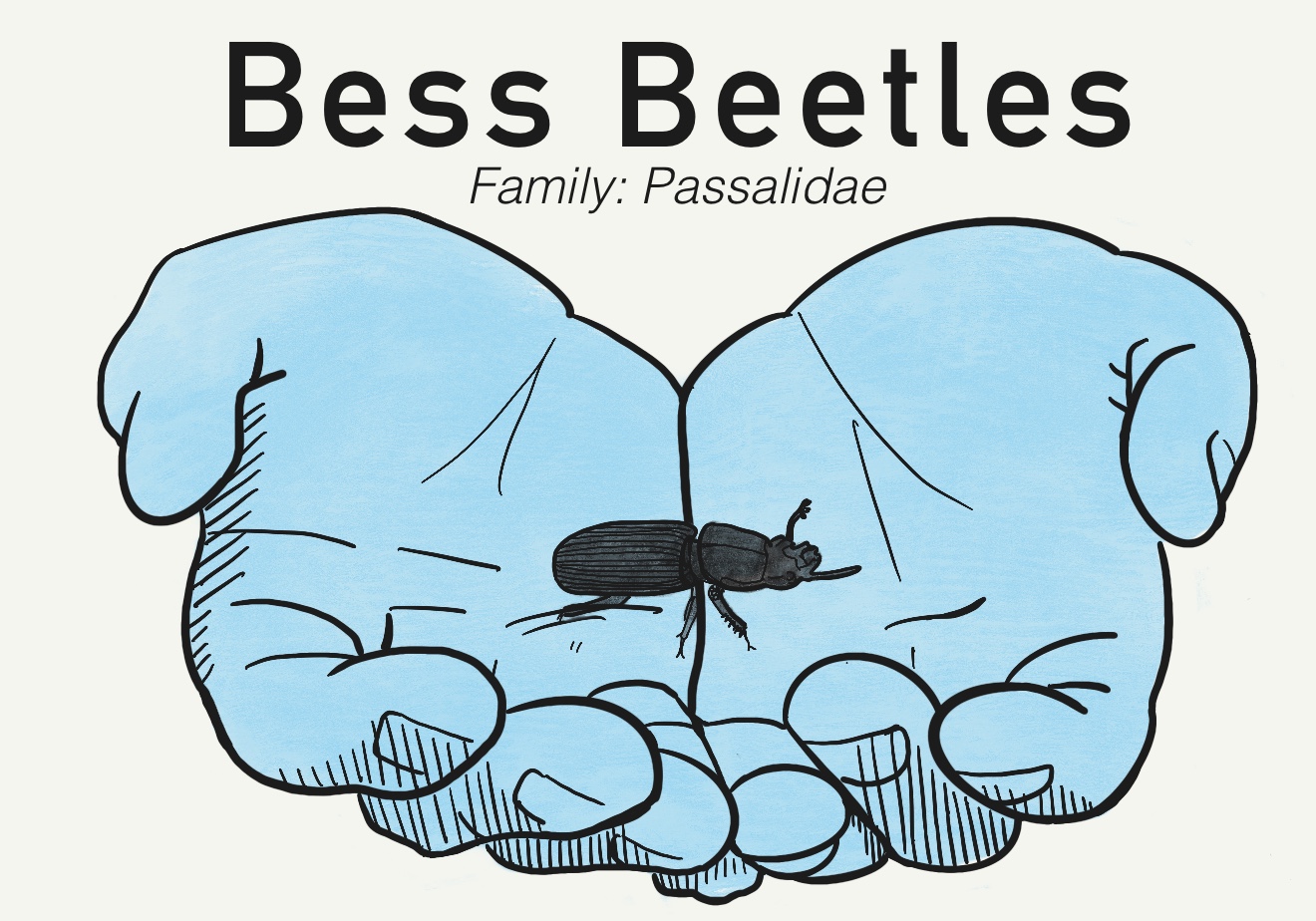 Was it Shakespeare who said, “Shall I compare thee to Passalidae?”

Oops, I think I got my English lit wrong. Here’s some bug lit instead — in the form of The Blug: Scienceline’s bug blog.

Passalidae is the taxonomic family of a group of insects that contain several species and genera (plural form of ‘genus’) of insects called the bess beetles, bess bugs, betsy beetles, or horned passalus beetle.

In the USA, bess beetles are found in the south central or eastern part of the country. They also like tropical, wet areas throughout the rest of the world too. In total, there are 500 species of bess beetles.

In case you haven’t seen one before, a bess beetle can look like this: 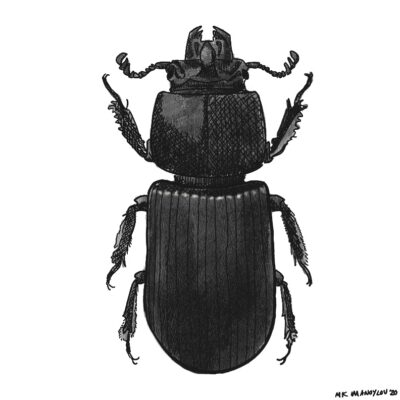 Of course, species can differ in how they look. My favorite bess beetle, the horned passalus, is black and bullet-shaped with cute little lamellate club antennae. They also have large jaws to chomp through wood and orange flaps of hair around their abdomen or butt, which is where they chirp out of.

They chirp out of their butt?

When I’ve found bess beetles in Georgia and picked them up, I often thought the sound they were making were coming out of their butts. But it turns out they do something called stridulation. It’s the same way crickets, cicadas, and grasshoppers make noise — they rub together two parts of their body segments or limbs to make a noise. The horned passalus beetle makes noise by rubbing their wings on a structure underneath their wing covers.

So sound comes out of the bullet-shaped part of their body (which includes the butt). They can get kinda loud. The reason they make noise is to defend themselves from predators when out of their log homes. 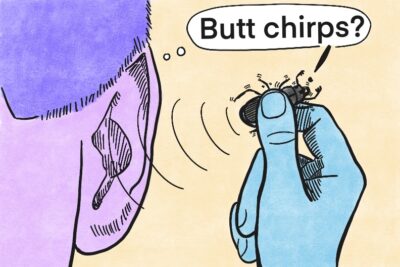 So you’ve had conversations with bess beetles?

Are they social with humans?

Still working on that one. Seems to be no.

Maybe cause you ripped them from their home, you monster. Okay, I’ll give you that. But bess beetles are used to life outside of their decayed and easily breakable log. When they’ve chewed and tunneled their way completely through a log, they’ll scurry across the forest floor in search of another one. They have to walk, though, because even though they have wings, they’re fused to their body to the point where they can’t fly.

What else can you tell me about bess beetles?

Also, if you could identify one of these insects down to their family, Passalidae, but don’t know the genus or species, you would call the insect a passalid.

Catch me at the dinner table asking, “What would you like me to do: pass chicken or passalid?”