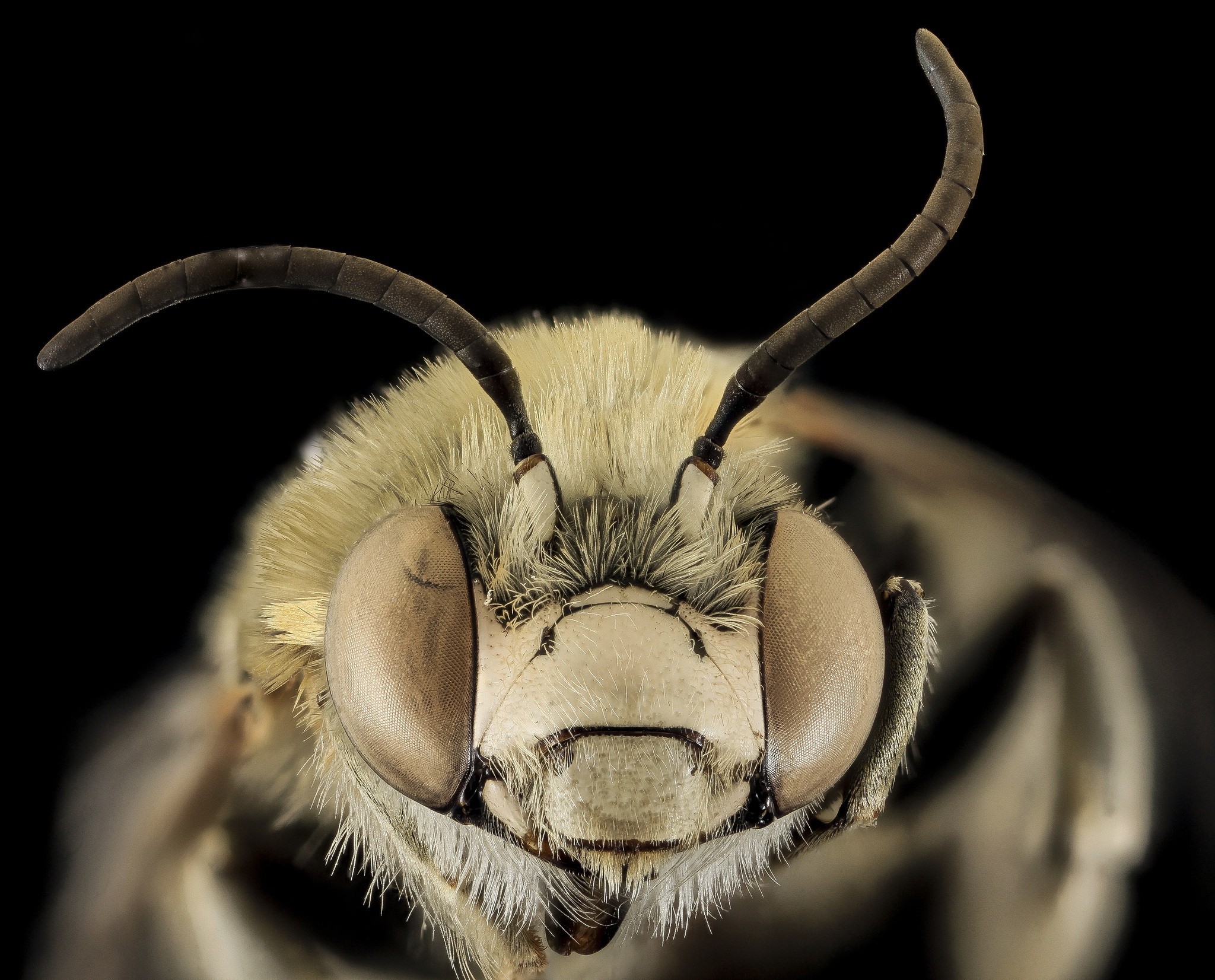 Bees are looking at a tough future, but as wild ones adapt to city life they could overtake honey bees as the top pollinators [Image credit: Pexels | CC0]

A sliver of soil wedged between two concrete slabs is unlikely to catch your attention as you admire the views from New York City’s elevated High Line park. Even the simple, slender grasses eagerly spilling out from the dense, gravely beds are more inviting to the eye. But Maryanne Stubbs, a gardener and naturalist here, knows better. Beneath her feet, fat, fuzzy bumblebees are busying themselves for spring.

These urban bees didn’t pop over from a hip Brooklyn couple’s rooftop beehive — they live here. City parks like the High Line may be artificial green spaces, but they’re a natural choice for some bees. From mason to leaf-cutter to carpenter, bees of many kinds call urban jungles their home.

Wild bees are increasingly filling a crucial role as urban pollinators, even as honey bees suffer from agricultural pesticides and diseases. Some studies have suggested that wild bee species are more abundant and diverse in cities than in nearby natural areas, thanks to the popularity of urban gardens. And wild bees are even more efficient pollinators than the honey bees deployed on farm fields. Yet the current vogue for beekeeping is overshadowing efforts to conserve native bees.

That frustrates some bee researchers who say promoting biodiversity is more important than making honey. “Saying you’re going to conserve bees generally by keeping honey bees is kind of like saying ‘I want to support bird conservation so I’m going to keep chickens in my backyard,’ ” says Kevin Matteson, a pollination biologist at Miami University of Ohio. It may be cool and sustainable to keep honey bees, he says, but it isn’t helping to conserve the biodiversity that pollination depends on.

At least 80 percent of wild plant species depend on pollination to survive. So do 87 out of 115 leading global crops, from cauliflower to cantaloupe. For food crops, honey bees have long been the popular choice for large-scale pollination because they’re easy to manage; lots of them can live in a compact, portable hive that can be placed in the middle of a field. Wild bees aren’t that dependable, and many species live alone or in small groups. But they also aren’t dying out like their honey-producing cousins.

Over half of the honey bee population has disappeared in the United States over the last 60 or so years. Parasites and pesticides have decimated hives from coast to coast. There’s only one species of honey bee in the United States, so if one hive is susceptible, they all are. It’s estimated that their decline costs $5.7 billion each year as crop yields decrease and production costs climb.

But although honey bees have been the focus of national attention — and anxiety — because of their ubiquity as pollinators, wild bees are actually more efficient at propagating most flowering plants. They require fewer visits per flower to achieve the same pollination, according to a 2013 study that looked at 600 fields across every continent except Antarctica.

And city life suits many of them. “I was setting out traps in piles of heroin needles and there were still bees,” says Sam Droege, who develops surveying and identification methods to track native bee populations at the United States Geological Survey. A subset of hardy wild bees will be able to survive in cities, he says, based on the subset of flowers that people are planting.

A sun deck on the High Line fosters both dry beds and an urban bog, the latter home to flowers that cater exclusively to wild bumblebees. The petals of Chelone flowers curve in tightly to form what looks like a turtle head that must be pried open at the mouth, and Stubbs explains that only bumblebees are heavy enough to push through to the pollen within. And their commutes aren’t long, since they don’t have communal hives, just individual nests in sun-warmed soil and rocks in the park.

Matteson is one of the few scientists who has tracked wild bee populations in urban areas. In 2008, he found that there were more wild bees nesting in New York’s rock and soil than in neighboring natural habitats. A study the following year showed that wild bee abundance and diversity are generally associated with urban landscapes, provided there are plenty of flowers in bloom.

Studies also suggest that some cities are more bee-friendly than others. In 2005, Berkeley was home to 76 species. Toronto currently claims 360 species, over 90 percent of which are native. That’s due in part to natural diversity, but perhaps also to the widespread efforts to conserve Toronto’s native bees.

“The key part is not creating habitats, but actually telling people that you’re doing it,” says Scott MacIvor, who studies urban diversity at University of Toronto Scarborough in one of the larger wild bee labs in the world. Getting people involved is critical, he says. For his Ph.D. work, MacIvor got more than 200 local citizen scientists to monitor artificial bee habitats for years.

He even got the city council to help. In the past, whenever Toronto residents complained to the parks department about bees congregating, an exterminator would come to bury the nest of bees. MacIvor and his fellow bee advocates got that policy changed, and now the parks department sends a staff member to install a fence around the nest with a sign that explains the nest is part of an effort to conserve Toronto’s native bees.

Cities are also home to plenty of honey bees, though it’s unclear whether those swarms compete with wild bees in a harmful way. A 2004 study found that introducing honey bees caused nectar scarcity and decreased larval production in the native, wild bumblebees. But a multi-continent study from 2013 found no evidence that sharing flowers was harmful to either honey bees or wild bees. It’s difficult for researchers to know whether competition is really an issue given all the conflicting information. Either way, giving wild bees a leg up in cities can play a big role in conserving them.

Pesticides can be an issue for some bees, but that problem may be confined to crop fields and suburbs. “Urban areas might be a refuge for bees,” says Leslie. His study of New York City found that urban areas had fewer pesticides than suburban places did, perhaps because city dwellers are wary of using too many chemicals so close to their living environments.

Wild bees need some help surviving in cities, but having 17,000 species worldwide gives them a helpful redundancy that the single species of honey bee doesn’t have. Where one species struggles, another may thrive, says MacIvor, and even over one season the diversity of native bees can change a lot.

“You can create huge densities of bees in urban environments,” says United States Geological Survey’s Droege, and while it may be nice to have them around, we shouldn’t mistake that for overall conservation. We may be able to conserve certain species in cities very well, but we need wild bee populations in the rest of the world as well. “Some birds like pigeons occur in their highest densities in urban environments, but we wouldn’t look at them and say that birds are doing fine.”

A flowering red bud tree, now past its prime, arching over repurposed railroad tracks may not be the ideal environment for bees. But the High Line’s Stubbs finds value in the nature that can survive here. “More and more people are going to be living in cities,” she says. “We need to rethink how nature’s going to look for us.”

Sara, this is a very timely post. The number of publications showing the role of cities in the conservation and ecology of wild bees is growing at an impressive rate. Myself and various bee researchers around the world just had a paper accepted in the journal Conservation Biology in which we review the topic. Jeff Ollerton at Northampton University has a post about it in his blog: https://jeffollerton.wordpress.com/2016/09/23/urban-areas-as-a-refuge-for-insect-pollinators-conservation-for-the-city/

The decline in honey bee populations in the last sixty years is not due mainly to parasites and pesticides, but economics and globalization of honey production, the decline of smaller farms, and other broad factors. It’s not the point of your article, but it’s a misconception that doesn’t need to be spread around as a supposed part of the back-story on native pollinators.

Good article. A few minor comments. The decline on the total number of beehives in the US in the last 58 years was largely due to economic reasons. Many beekeepers could not compete with cheap imported honey from China and went out of business. Others went into the pollination business. The number of beehives has remained relatively stable in recent years (5 and a half million) despite pesticides, Varroa mite and CCD, nothing compared with the previous drops in numbers. Oops, I just noticed that Kirk made the same comment

Bumble bees are not solitary. They do have colonies, smaller than bee hives, but colonies nonetheless.

Your link to “multi-continent study from 2013” doesn’t support the lack of evidence that sharing flowers was harmful to either honey bees or wild bees. There are other papers that address the issue more closely. Moreover, remember that lack of evidence is no evidence of lack.

I find it hard to believe that almost 10% of Toronto bee species are non-native. That is a huge number. I will have to look into that, though.