The nocturnal beauty named after the moon 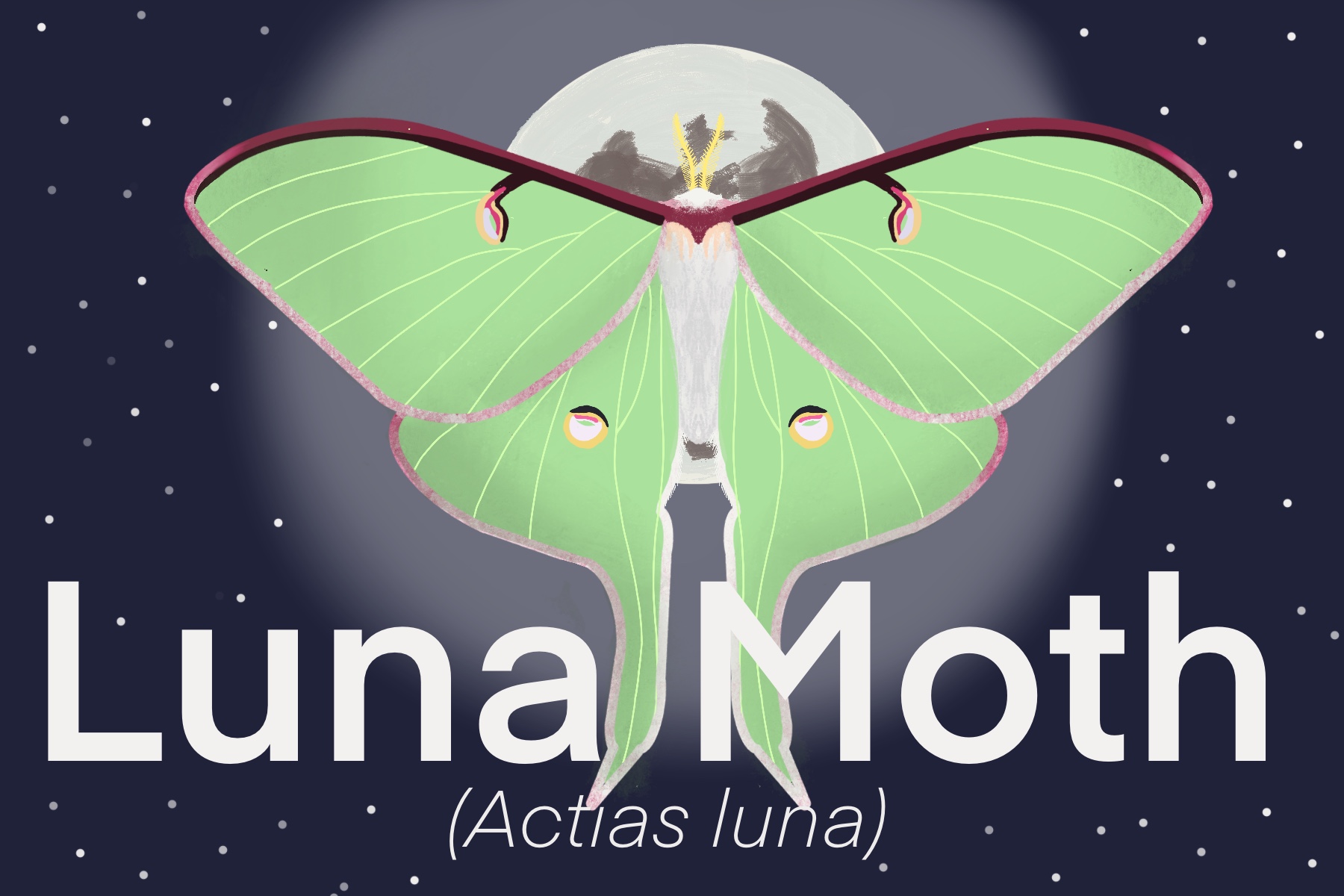 I really like the orange-ish marking on the wings.

Same — except only female Luna moths have four orange-red wing markings. Males have two on their top-most wings.

For reference, here is a male Luna moth: 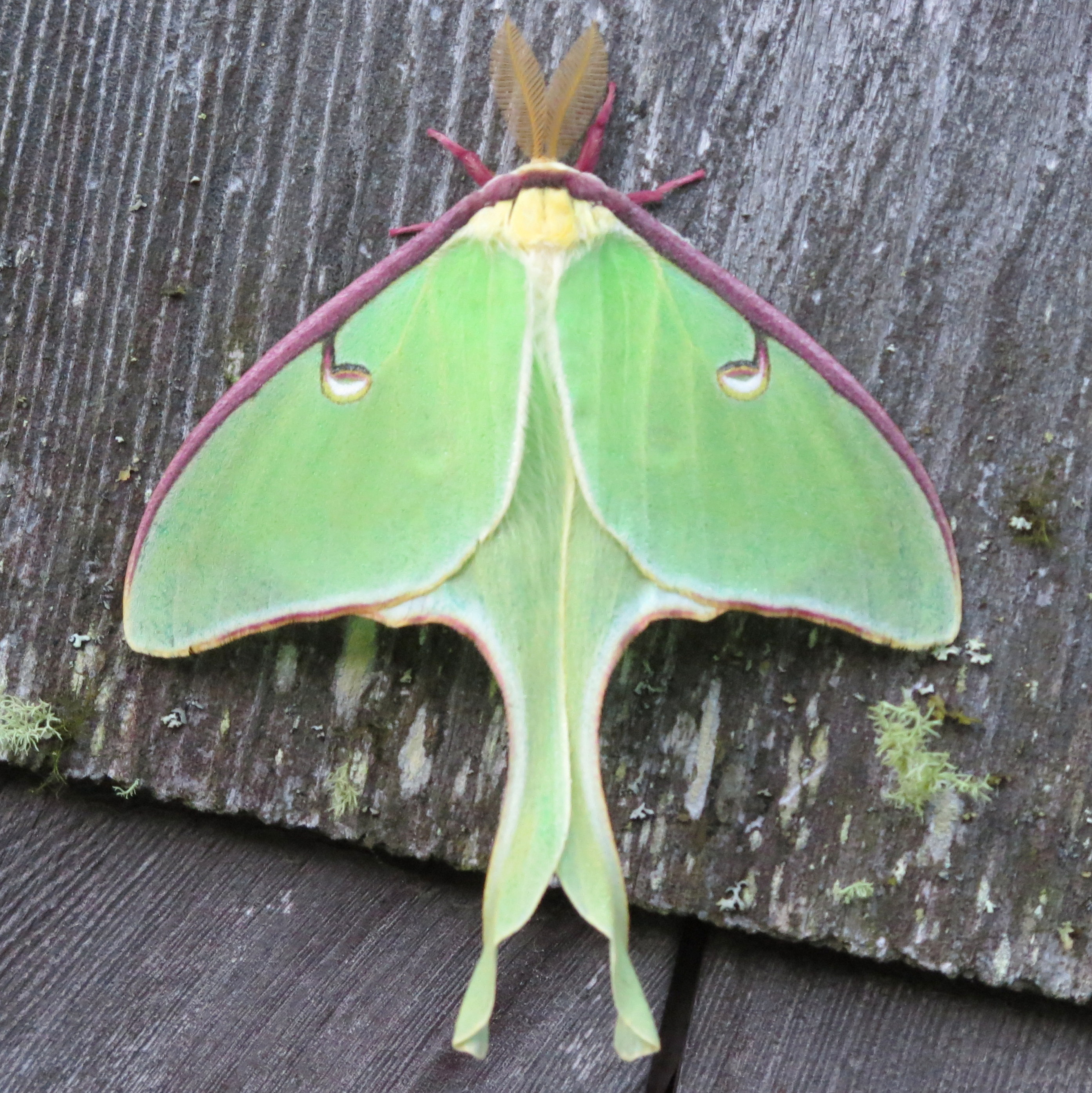 And here’s a female Luna moth one more time: 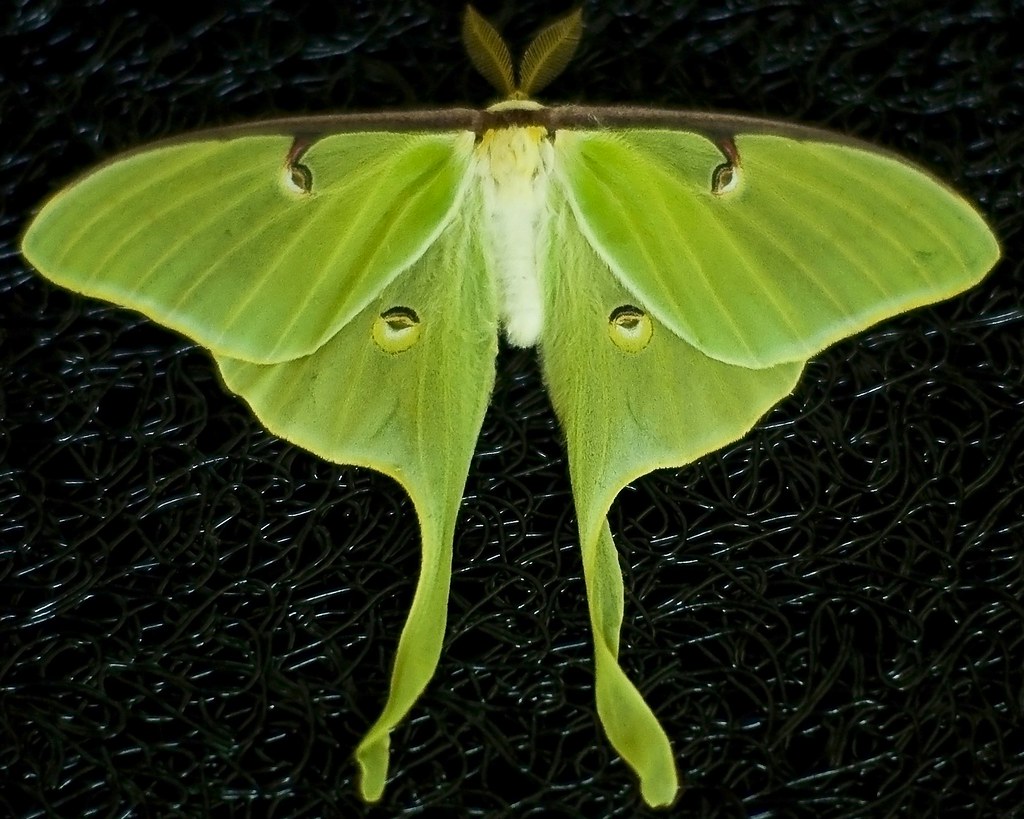 How can I see one IRL?

Luna moths are only found in the eastern part of North America.

They’re found all along the east, going inward till about the 100th Meridian (Texas, Oklahoma, Kansas, Nebraska, North Dakota, South Dakota). They go from Montreal in Canada to the tip of Florida.

They’re quite large compared to the usual moths you see assault your porch lights. The Luna moth wing span ranges from three to four inches (7.5 cm to 10.5 cm).

If you were an 8-year-old, the Luna moth would be about the size of your palm.

Even their larvae are cute. I mean, just look at ‘em.

However, the larva depicted above is a bit mature. Younger larvae sprout spikes to defend themselves from predators.

Like any insect, Luna moths start off as eggs, which look brown and a little wrinkly. Mother moths adhere their eggs to the tops and bottoms of hickory, sweet-gum, walnut, birch, sumac, persimmon, and other host plants.

Hatched larvae will eat these leaves for about three to four weeks until they grow about 2.5 inches long (70mm), until they form a cocoon. When the larvae go into their cocoon, they’re called a “pupa.”

Pupae take about three weeks to fully mature into winged moths. Males typically exit first. They’ll break free from their cocoons, dry off their wings, and disperse throughout the night in search of a female mate.

Females will release pheromones to attract males, and adult Luna moths only live for a week — the amount of time to mate and lay eggs before the adults die and the cycle starts over. Adult moths don’t even eat.

You can see the Luna moths full life cycle here thanks to the University of Florida Entomology and Nematology department.

Luna moths are from a silkworm family…does that mean people use them for silk-making?

Hi I am from Zephyrhills Florida and I was able to take pictures of the Luna moth butterfly. It was a beautiful experience. I would like to send you the photos just email me where I can send them. Thank you.

Luna moths are in the Midwest as well.

Both sexes have the four markings on their wings. Your photo of a male just shows how wing position can obscure the markings on the lower wing. If you look closely, you see them thru the translucent wing.