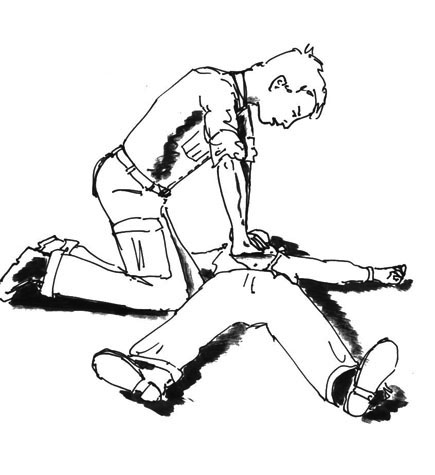 Mannequins are taking a beating across the nation this summer—all in the name of saving lives.

Last December, the American Heart Association issued a supplement to their journal Circulation, in which they outlined changes to the cardiopulmonary resuscitation technique. The goal behind these changes is to simplify CPR procedures so they can be easily learned—and be more effective. The current changes include increasing the number of chest pumps made per breath.

“Some of it is a best guess,” said Robert T. Brennan, a research associate at Harvard Medical School’s department of social medicine. His colleague, Allan Braslow, a medical and education researcher, referred to the guidelines as “knowledgeable conjecture” since they are based on the results of different scientific studies.

Every five years or so—the last time was in 2000—an international group of doctors, researchers and emergency responders meet to develop new CPR guidelines. This International Liaison Committee on Resuscitation examines research relevant to resuscitation. The research is then evaluated to form a consensus as to what the new guidelines should contain.

Sudden cardiac arrest causes 250,000 deaths a year and the average rate of survival worldwide is about six percent, according to an editorial accompanying the AHA report. CPR is a life-saving technique that tries to get the heart to beat again on its own, while keeping the blood oxygenated. The longer the brain and other major organs go without oxygen, the higher the risk for permanent damage or death.

During CPR, the rescuer both manually pumps the victim’s heart and breathes for the victim. Few cardiac arrest victims receive CPR, and only a fraction of those get high-quality CPR, according to the editorial.

The new guidelines recommend that a person in distress receive 30 chest compressions for every two breaths instead of the old 15 to two ratio. Research has shown that victims do not need as much oxygen as previously thought, said Brennan. Each breath is to be given for one second until the chest rises rather than a two-second deep breath. This works out to be approximately 100 chest compressions per minute.

For over twenty years, Brennan and Braslow have researched the effectiveness of CPR training programs. CPR is generally taught in a classroom setting with a trained instructor and with practice mannequins.

Brennan tested CPR students right after they had been certified and found that they were not mastering the skills needed to perform CPR properly. Nearly half of the 226 students evaluated made four errors in assessing and performing CPR on their mannequin victim.

“Their CPR was crummy,” said Brennan.

To improve learning, Brennan and Braslow, who teach CPR themselves, created an instructional video. Like an aerobics video, their video has students mimic what is done on the screen—in this case, chest compressions and rescue breathing. They called their teaching method “practice while you watch.” They found this method to be even better than traditional classroom-based learning of CPR—like “night and day,” according to Braslow.

The American Red Cross and the AHA began teaching the new guidelines this past spring using adapted versions of Brennan and Braslow’s video instruction.

“[Red Cross classes have always been] a mixture of lecture, discussion, skills practice, and video,” said Michelle Bowman, the director of training for the American Red Cross in Greater New York. “Now, the video is driving some of the class, which allows the instructor to give one-on-one feedback to participants.” She added, “It’s like having two instructors.”

“People are more apt to do this if it is simple in their minds,” explained Braslow. But he added that time and new studies are needed to tell if these changes and new teaching methods will save lives. “There are questions remaining,” he said.

I recently completed the Heartsaver CPR course with the American Heart Association and I did not have the best instructor. However, I still managed to learn something thanks to the new “practice while you watch”. This is a great technique and I hope it encourages more people to take CPR classes.