Bionic implants are helping patients with paralysis to regain movement. 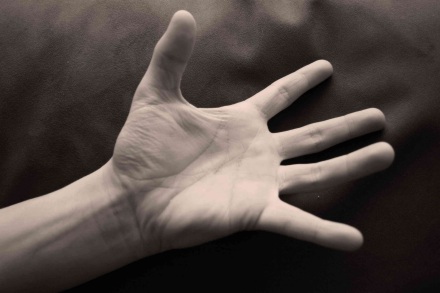 The patient lay on the table, anesthetized, under bright lights. The surgeons carefully threaded the lead wire, encased in plastic, from the muscles in her neck to the muscles in her arms. They touched the new prosthetic nerve with a low voltage of energy to check their work. The patient’s hand clenched and then slowly relaxed.

Angela (not her real name) is paralyzed from the neck down due to a spinal cord injury. But after a procedure like the one described above, she will learn how to move her arms and hands again using a new bionic implant in her neck. Spinal cord injuries like Angela’s often leave people dependent on others for help with the simplest of tasks, but bionic technology is bringing some control back to patients.

Medical bionics research incorporates electrical devices into biological systems, with the goal of restoring a lost function such as hearing or movement. Some neural prosthetic devices have already been successfully used in humans, like the cochlear implant. One of the first of its kind to be sold commercially, the cochlear implant restores a degree of hearing in people who were once deaf.

Inspired by the cochlear implant technology, researchers at the Cleveland FES Center are attempting to restore a wide range of functions to people with different kinds of paralysis. They have tested neural prosthetic devices for a variety of tasks—from standing and walking on paralyzed legs to bladder control, and even electro-ejaculation for patients paralyzed from the waist down.

Over 325,000 people in the United States have spinal cord injuries, many of which cause partial or complete paralysis. These patients may not be able to control their arms or legs, even though there often isn’t anything physically wrong with their limbs. Damage to nerve cells is the real problem.

Nerve cells are the communication lines that carry information from the brain to the rest of the body. When the nerve cells responsible for movement are damaged—from a spinal cord injury, for example—the brain can no longer communicate with the muscles. As a result, a person loses the ability to control movement or other bodily functions.

In Angela’s case, the only muscles she can still control are those in her neck and face. For that reason, sensors used to detect muscle movement were placed in her neck. By contracting muscles near the sensor, she initiates an electrical signal. A small shock of energy travels through the implanted wires and stimulates the muscles in her arms to contract. Instead of the usual brain-to-body connection, Angela now has a neck-to-body connection.

Getting a bionic implant is not as simple as replacing a bad battery, however. It takes months of training to become proficient at controlling a part of the body with muscles that normally aren’t involved. Angela endured several months of training to learn how to use just the right combination of muscles in her neck in order to control her arms. Twitching her neck one way makes her arm move up. Another twitch moves it to the side.

While training usually takes place in the clinic, patients also get homework. Angela practices with “a sort of video game,” says Kirsh. The goal of the game is to move a cursor on a computer screen using the implanted sensors in her neck. By flexing one neck muscle, Angela triggers the sensor to send a radio signal to a receiver in the computer. The cursor on the screen then moves according to the signal. After Angela learns which twitches work best to move the cursor, she can apply that knowledge to moving her arms and hands.

The function that is restored through training like Angela’s “is not the full range of [movement],” says Kirsch. “It’s more basic grasping patterns.”

But after only two months of training, Angela has progressed considerably. Kirsch says she can move her arm relatively well, and open and close her hand. The hope is that she will eventually be able to eat on her own and brush her teeth.

And because “the contractions on the neck can be very subtle,” according to Kirsch, they’re good for commanding arm movements in a natural-looking manner.

The general goal of bionics is to “get back to the original idea that when you move your arm and so forth, you don’t think about moving your arm,” says Louis Quatrano, the director of the Behavioral Science and Rehabilitation Engineering Program at the National Institutes of Health. But patients using the FES system have to concentrate hard in order to successfully employ a whole new set of muscles to control movements that were once automatic.

There are projects in the works to make bionic control even more natural. Restoring the brain-to-body connection is the ultimate goal, but this application of neuroprosthetics is really “the new kid on the block as far as research is concerned,” says Kirsch.

Researchers at BrainGate, a bionics company, recently released an update on their progress with just such a system. By implanting sensors into the areas of the brain responsible for movement, then linking those sensors to an electronic output such as a computer cursor, a patient can learn to control movement by thought. Much like Angela is learning to control her arm via neck twitches, BrainGate patients must learn which thoughts will trigger the movements they desire.

Because of the complexity of the brain, some patients are more successful than others. BrainGate’s star patient Matthew Nagle is able to control several electronic devices with his thoughts, including a computer cursor and a robotic arm. He may be a rare case, however; BrainGate reports that a newer patient is having less success controlling the system.

While Hollywood classics like “The Six Million Dollar Man” suggest that bionic technology could equip people with superhuman powers, in the real world, bionics remains focused on restoring the basic abilities that most people take for granted. And that technology still has a long way to go, says Quatrano. But for people like Angela, regaining some degree of movement—and freedom—is superpower enough.

Awesome paper. I love the description at the beginning; very vivid.

Wonderful article. Can’t wait to read what else is posted here.

Very informative in a lucid style- look forward to reading more articles from you in the future Edyta.

Beautifully written. Fascinating topic. I wonder what Steven Hawking could do with BrainGate… It’s uplifting to see such progress.

Comprehensive and beautifully written piece! The author breaks down complex topics and makes them so easy to understand. I wonder, what would the implications of this technology be for patients with MS and other diseases that are degenerative and affect nerve cells?

I sat next to a woman on a plane that had this procedure to cure her paralysis from the waste down. I had no idea untill she told me and showed the small scars on her back from the surgery. She was walking like everyone else. Sci-Fi is now!

I live in rural Washington and my son Ty, age 30, is paralyzed from a car accident. It’s been 3 years now and I just wish he could be whole again. He just wants to be able to use his hands and arms. It seems that any possible help is too far from where we live.