Smoking imagery in films might be fueling an unhealthy habit among kids. 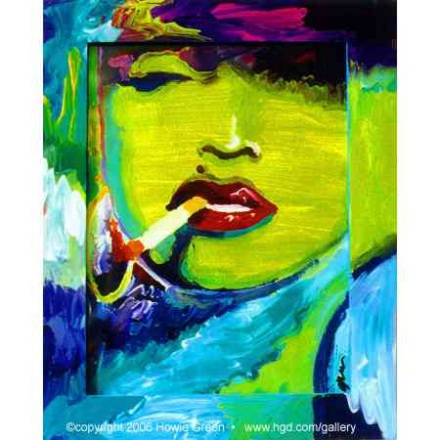 In a recent summer blockbuster, snakes terrorize passengers on a 747. Now, research suggests that there may be something more menacing than serpents on the silver screen: smoking.

Smoking is depicted in most movies made for kids, according to a recent report by Dartmouth researchers. This is an alarming trend, according to the researchers, because studies have shown that most lifetime smokers start lighting up as adolescents. The finding has led anti-smoking advocates to call for the Motion Picture Association of America to alter the rating system for movies with smoking imagery.

“There is a lot of research showing that if you start smoking earlier, then you are more likely to become a lifetime smoker,” said Keilah Worth, the lead author of the report, which was released in July with funding from the National Cancer Institute and the American Legacy Foundation, a public health foundation that develops national programs addressing the health effects of tobacco use.

In 2004, 75 percent of all movies intended for youth audiences showed images of cigarettes or smoking, according to the report.

The researchers looked at the top 100 movies of each year from 1996–2004 to make their report. They found that in those movies, regardless of rating, the percentage of smoking imagery has dropped from 96 percent in 1996 to 77 percent in 2004. But in youth films—with ratings of G, PG, or PG-13—the amount of tobacco imagery has remained unchanged for the past decade.

The researchers gathered their data by compiling every image and mention of smoking by characters in the selected movies. They identified a smoking image if it fell into one of two categories: a smoking “episode” involved a character handling or using tobacco, and an “incident” referred to advertisements or smoking by movie extras. Smoking paraphernalia, like ashtrays, were excluded.

In an earlier study, Dr. James Sargent, one of the members of the Dartmouth team, asked over 3700 adolescent students their opinions about smoking. The more smoking imagery the kids saw in movies, the more likely they were to have a positive outlook on smoking, according to the study, which was published in the April 2002 edition of the American Journal of Preventive Medicine. Also, the more smoking imagery the students saw, the more they believed that “most adults” smoked cigarettes.

In a related study, the Dartmouth researchers examined the same group of adolescents. The kids who had a more positive outlook on smoking were also more likely to take it up, according to the study, which appeared in The Lancet in July 2003.

Adolescents are reluctant to admit that the media or advertising has any effect on their decision-making, according to Sargent. But he added that adult smokers often recall anecdotes about how Hollywood’s glamorization of smoking led them to try cigarettes for the first time when they were kids.

The authors said that in order to curb adolescent exposure to smoking imagery in films, the MPAA should issue an R-rating to all movies that show tobacco products or depict smoking. This would cut the exposure to youth audiences by as much as 50 percent, according to the authors.

The MPAA does not have any plans for changing their rating system and leaves it up to parents to monitor what movies their children view, according to Gayle Osterberg, a spokesperson for the MPAA.

In April 2005, the Centers for Disease Control reported that parental monitoring may reduce adolescent exposure to smoking imagery, but a more substantial reduction would “require different industry practices on smoking images in movies.”

“We can only concentrate on illegal behaviors,” said Kori Bernards, vice president of corporate communications at the MPAA, explaining that movies only garner an R-rating if they contain images of illegal activity. According to the American Cancer Association, however, 36 states currently consider possession of tobacco products by minors to be an illegal activity.

The statement by Kori Bernards is misleading. Much of what the Motion Picture Association rates is legal, for example, profanity (R-rating if the word “fuck” is used more than once in a non-sexual context). And there is nothing illegal about consensual sex among adults, which, if depicted in a movie gets it an R-rating. The public health activities are attempting to force the industry to be more rational about the ratings system from the standpoint of the health and well-being of the children and adolescents who see them and for whom the ratings system was developed.