Is it true that you shouldn’t drink while on antibiotics? 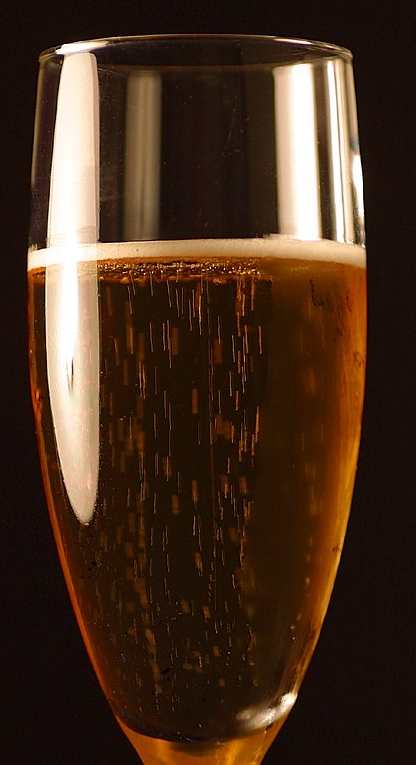 First, it must be said that mixing alcohol and prescription drugs can be VERY DANGEROUS. Please consult your doctor if you have any real concerns about drinking while on any medication.

That being said, those who enjoy bellying up to the bar might hesitate to pop that early-winter sinus infection prescription. But how can one properly ring in the New Year or watch the Bowl Games without cracking open a cold one? Is it really true that antibiotics mean no Popov?

The situation is not as grim as you might’ve heard. There is a general consensus among pharmacists that you can imbibe one or two drinks while on antibiotics, though there are some specific medicines in the “never” category, such as Flagyl (metronidazole) or Fasigyn (tinidazole). Washing these meds down with firewater can cause intense vomiting and nausea, abdominal cramping, flushing, and a rapid heartbeat. In fact, it is recommended that no alcohol be consumed until 72 hours after you’ve stopped taking them. Other antibiotics, though, don’t seem to be as much of a problem. But don’t break into a keg-stand just yet.

While doctors have conceded that having a drink or two when on medication is acceptable, interactions between the two substances do occur. It is always recommended to talk to your doctor if you’re hoping to drink while on any medication. And, of course, you should always be aware of your own tolerance levels.

Even if they are not taken at the same time, it has been shown that alcohol enhances the side effects of prescriptions—including antihistamines—and over the counter medicines. Feeling nauseous due to your daily 150 mg? Expect it to intensify due to the “pharmaocodynamic interaction” between drugs and drink.

Not only that, alcohol brings its own nasty side effects to the table, including but not limited to dizziness, sedation, and slow motor skills—impediments that have proved disastrous to gents trying to pitch their tried-and-true pick-up lines. Girls should watch out too: since they lack some of the enzymes needed to metabolize alcohol, and get woozier quicker, meds can make them tipsy much faster.

The combination of legal drugs and alcohol can also do a number on your liver. In “pharmacokinetic reactions,” booze and antibiotics compete for the same metabolic sites in your liver. As a result, the organ can become overtaxed—which may lead to liver problems. Combine that with the money lost on unabsorbed antibiotics, and the possibility of medicinal toxicity, and the thought of beer pong looses its luster.

All this being said, if physicians are allowing a little wiggle room in the alcohol versus antibiotic debate, where did the “zero tolerance” policy come from? Legend has it that strict adherence to the rule arose in the mid-twentieth century when penicillin was being used to treat venereal diseases.

Prescribing physicians would tell their patients that the pill could not be washed down with their poison of choice, but not because of any lethal reactions. This advice was a doctor’s way to try and prevent the STD-spreading, uninhibited trysts that often follow a few too many.

So, no need to hide away in the house when on your next round of antibiotics. But perhaps it’s not the best idea to attend after-hours at the local pub (especially if you should be getting some rejuvenating shut-eye). When you do choose to have a pint, take it slow. It may even be a nice change to wake up Friday morning without your usual Thirsty Thursday hangover.

well said!
I liked the casual, laid-back style, too. I hate preachy
advice.

Very informative, obviously well researched, and a pleasure to read. Good advice that I will consider strongly in the future.

information really helped (well, i decided to look for the answer after a beer and some rum – but hey – i am not going to dye after all!!!), though the style was too laid a back for me. thanks a bunch anyway, alon.

I’m a UK boi, n i think this was gd advise, beer rite now and on antibiotics for a chest infection (anmoxcillin). shall I? Down the hatch it goes!!
God advise mate!!

I knew I was right about this and am very happy about the answer as to where the rumor came from. So, does that mean that the most adamant old folks who still spread this rumor heard it at the VD clinic? I’m bookmarking this site!

Lots of doctors tell their patients not to drink with ANY medication, just to be on the safe side. Unfortunately, some of those doctors don’t really do their homework on everything they prescribe.

I recently turned 21 and with that i became ill a week later, a sinus infection crept into my system and messed everyhing up, my first self perscribed remedy was a minimum of 6 beers per night followed by one good drag off a bong of high grade marijuana, almost immediately i felt ten times better, though this could be because i was drunk and high for the first three days, my uncle reccomended three shots of scotch and nothing else, but i insisted on the fluid content of newcastle and as a result i needed no antibiotics to recover… that is until i smoked five cigarettes while drinking at a party and went home to sleep, whatever was left of the infection exploded into full force mucosal mayhem and ive been bedridden since, i encountered this site inquiring the effectiveness of beer AS an antibiotic but found that beer diminishes the beneficial effects of the Z-Pak i was perscribed yesterday, i might stop drinking so much, but i will definitely not smoke anything until i completely recover, as beer makes you feel better it destroys the antibiotics, and pot, well the effects of it are certainly beneficial, but the smoke is what confounds its therapeutic effectiveness

I drank on antibiotics. I had a 48 hour hangover. I didn’t even drink that much, definitely not worth it.

good information, but we’ll see what happens anyways after a beer or two.

Last night I forgot the advice my doctor told me while on my antibiotic, to not drink unless I wanted to feel like I had the flu. I only drank 3.5 cups before I was in the bar’s bathroom, sweating, nausea,at one point I lost my vision completly and fell down, hitting my head. I was lucky to know so many people at this bar. I learned my lesson, don’t try to get drunk with antibiotics. My liver hurts..

You just spoilt my evening …mate !!!!

I’m usually a v good drinker. Finished a course of antibiotics on Friday and went on a Stag on Sat. It was a heavy evenings drinking but non more than usual.

I was incredibly ill that night and all day afterwards.

4 days ago I self diagnosed myself with tonsillitis, I never had it before but I looked up all of the symptoms and I had every single one. I’m finally going to the doctor tomorrow but I’m afraid he’s going to give me antibiotics, which clearly means I’m not supposed to drink or smoke…however I am going down to my friends beach house the second I leave the doctor and we all love to party, if you catch my drift haha and I was just curious if you think it wouldn’t be worth it to drink on antibiotics or not?? I’m getting mixed signals from all of these posts. Please help. Thank you.

well this EFFIN sux! I just happen to be on the one that was listed under the “never” drink while taking ____(fill in the blank) but good thing i read this cause I was set on having a ball tonight with some beer since lastnight was my lastnight on the stupid pills…guess saved myself a buncha sickness lol. thanks for the good info!

iam takeing the new meds for hepc treament the last 2 blooed tests i had done came back neg . iam still takein the shot and revin pills. last night n new year eves i had 2 bottles of champane . will the champane stop my shots from workin and my revin

this is a nice article but i don’t see a single citation….. need sources otherwise there is no validity.