A new book explores the science of species invasion 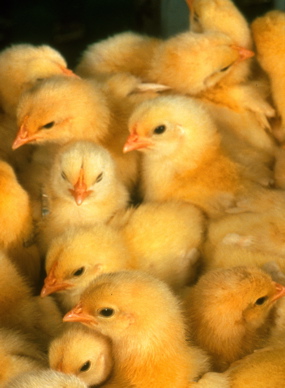 Out of Eden: An Odyssey of Ecological Invasion

A snake slithers onto a plane’s landing gear. A ship sucks a crab into its ballast tank. Will the next stop be ecological catastrophe, as the coming invader plunders its new home? Or will the consequences just be species continuing life as usual – a cycle of eating, mating, dying and as always, moving?

For science writer Alan Burdick, the answer could be “both.” In pursuit of understanding these opportunistic stowaways or, sometimes, intentional imports, Burdick takes readers on a gripping journey through an ever-evolving world.

Increased travel and commerce are not only melding cultures, ideals, and economies, they are also homogenizing entire landscapes. “It’s a McDonald’s ecosystem, and these are real fast-food animals,” writes Burdick. “If people don’t watch out, we’re going to have the same metropolitan animals across the globe.”

Although most ecological intruders don’t survive, those that do have the potential to change their new environment forever. They may collapse local economies, foster new markets, assimilate harmlessly or facilitate the extinction of their new neighbors. They also might become launching pads for further intruders as “invasion begets invasion.” Whatever the scenario, the outcome is unpredictable. Burdick emphasizes this uncertainty as well as the ambiguity of the idea that there are places where species are supposed to be or not supposed to be.

What is a natural ecosystem? And are humans a part of it? Where is the line separating ecological stability and instability, and should we put a fence there? “The human mind may be more niche-bound than any physical species,” writes Burdick of science’s attempt to understand a phenomenon that has, for now, transcended the scope of human experience, imagination, and intellect.

However you define nature, it heeds no borders when species hitch a ride on oil tankers, aircraft, sneakers or gusts of wind. But beyond a means of getting to any given location, what conditions are necessary for species to thrive in ecosystems far from where they evolved? In search of the formula of a successful infestation by an exotic species and its antidote, Burdick infiltrates the tight-knit world of invasion biology. He follows researchers to Guam, Hawaii, and San Francisco Bay, making many stops along the way where “the invasion biologist is ecology’s emergency-room physician, discovering how ecosystems work by watching how they fall apart.”

Ecological upheavals are constant throughout the natural history of the Earth, but never have humans induced them on this scale. We’ve always lent a helping hand, though, by allowing otherwise sedentary creatures to hitch rides on ancient Polynesian canoes and more recently, Mars-bound spacecraft. In Out of Eden, lively scenes of boar hunting, midnight snake chases and buoy tipping vividly portray the frontlines of the battle between local species and outsiders. But there is also a third party, which biologists deem, “cryptogenic.” Nobody knows the native origins of these species. With scientific documentation dating back only a few centuries, often organisms that people believe to be native, even in their own backyards, are invaders.

Layered with myths, history, and hard data, Out of Eden depicts the field and its researchers colorfully. Burdick diligently spells out their methods, personalities and lives, from the muck and mire to the textbooks and the lab – sometimes in laborious detail. A few of the journey’s stopovers are a little too long, but Burdick’s dry wit and interesting anecdotes never fail to carry readers to the next leg of the trip.