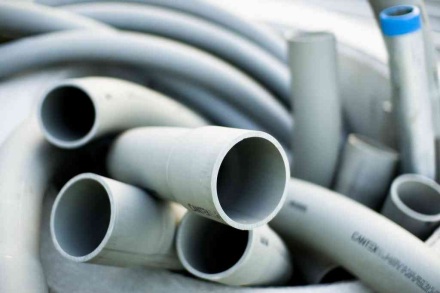 At the height of the SARS outbreak, Hong Kong residents were cautioned not to venture outside without first donning a surgical mask. But nobody suspected that some people might be at risk of contracting the virus in their own homes. Now, a new study reveals that in a Hong Kong housing complex in 2003, SARS spread quickly from one victim to 320 of his neighbors via a poorly maintained plumbing system. And some experts are worried that future SARS outbreaks—and possibly even the flu—could spread in the same way.

The Hong Kong building became the site of one of the largest concentrations of SARS cases after the disease was discovered in Asia in February 2003. According to the study, which appeared in the May 2006 edition of the Journal of Environmental Health, SARS infiltrated the leaky plumbing system through the first victim’s bathroom and quickly spread to other residents’ lavatories, propelled by large ceiling fans. Most residents had added the oversized fans because the faulty plumbing caused bad odors.

The study’s findings raise concerns among experts because SARS is typically spread when an infected person exhales respiratory droplets that are then inhaled by someone who is nearby. Until the instance in Hong Kong, there was unsubstantial evidence that SARS could also spread along less direct pathways such as plumbing, ventilation systems and other so-called “environmental transmission” routes.

Amoy Gardens, the Hong Kong building in which SARS spread, is an example which “highlights the emerging science on environmental transmission [of pathogens],” said Kelly McKinney, a co-author of the study and the deputy director of planning and preparedness in the New York City Office of Emergency Management. Hand-to-hand contact is usually required for spreading viruses, he said, but the Amoy Gardens incident showed that environmental factors can also play a role.

The year of its discovery in China, SARS spread to North and South America, Europe, and Asia, infecting 8,093 people and killing 774. The epidemic has since receded, with no reported cases since 2004.

However, “SARS still exists in nature,” said Steven Morse, director of the Center for Public Health Preparedness at Columbia University. “It is forgotten but not gone.”

SARS and anthrax are currently rare diseases, but some communicable disease experts worry that common flu viruses could spread in a similar way.

Daniel Perez, an avian influenza researcher at the University of Maryland, says there is no question the potential exists for environmental transmission of the flu. “Anything generating [respiratory] droplets will certainly participate in transmitting influenza.” He adds, however, that “SARS is a tougher virus which survives better in the environment” than influenza.

Other experts say that widespread environmental transmission of the flu is not that likely. “Theoretically it could occur, but in a less common way” since “the virus falls rapidly after someone sneezes,” said Dr. Bruce Polsky, chief of the infectious disease division at St. Luke’s Hospital in New York City.

While SARS is currently contained, future pandemics are not out of the question. The risks, however, can be minimized, said Perez. Polsky agreed. Maintaining good “environmental hygiene”—like cleaning your surroundings—and practicing “respiratory etiquette”—such as covering your nose when sneezing—are the best ways to minimize the spread of diseases, he said.

Nonetheless, pipes and ducts present previously unconsidered avenues by which diseases can travel, and we still do not fully understand all the ways pathogens spread, said Morse. “It’s a big microbial world out there and we are just scratching the surface.”

I will never use the waterclosets in shoddy environs again. Score 1 point for depends!

Very informative and a bit scary, I wonder if these things could happen here? Great article and well written. CN

Important information that needs greater distribution. The public
should have access promptly to the findings discussed here and
city building codes must be response to the potential for spread.
Preperation now is critical!!!!!

One of the most informative articles I’ve read in a long time!