The Poetry of Mathematics 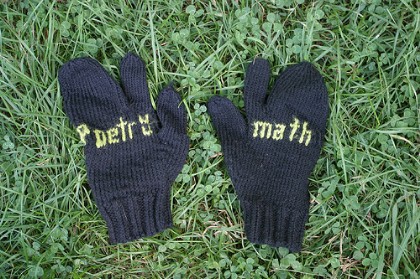 Einstein’s Heroes: Imagining the world through the language of mathematics

I once sat down to study with a mathematician friend who was working out equations while I was studying molecular biology. I was in the midst of furious highlighting and footnoting when I noticed my friend leaning back in his chair staring off into space. Then he pitched forward, scratched a few symbols onto the page with his pencil and then leaned back again. His method of study was more like that of a poet divining the perfect expression to capture the whorl of his imagination than that of a mathematician.

Robyn Arianrhod, an honorary research associate in the School of Mathematical Sciences at Monash University, Australia, argues that it is just this poetic nature of mathematics that has enabled modern thinking about the universe and physical phenomena within it. Contrary to the title, the main subject of the book is James Clerk Maxwell, who seamlessly wove together the language of mathematics and physics into a new vision of how things work. His ideas and formulas would later be put to practice by the German discoverer of radio waves Heinrich Hertz, the telephone inventor Alexander Graham Bell and, most famously, physicist Albert Einstein.

From his early days, Maxwell enjoyed playing with language. Though he was a hesitant speaker, he had a dry sense of humor and that maverick streak shared by many independent thinkers. He corresponded with other great thinkers of the day with playful poems, working out each other’s thought problems in rhyme.

Arianrhod believes that mathematics isn’t only a way of replacing words to describe the physical world, but is itself a unique language. She shows us that, like poetry, an elegant equation can have numerous meanings—its implications can be much greater than the few numerical characters on a page would suggest. She gives several examples of how equations took on lives of their own and were able to predict and explain realities that no one had thought were possible.

Although the title of the book refers to Einstein’s heroes, Arianrhod draws most of her inspiration from Maxwell. The enthusiasm with which she tells his story is infectious, and leaves the reader wishing that she spent less time on tangential topics. Her writing flows best when describing his life, influences, fascinating character, and his scientific achievements.

Einstein first began thinking about the theory of relativity by imagining what would happen if he rode a wave of light. Perhaps great poetry and mathematics happens when unconventional thinkers tip their chairs back and stare off into that corner of the room as they invent new ways to convey their daydreams.

You make me want to be a mathematician! (and my security code needed to post this was, 17.)