Researchers use modern techniques to solve the mystery behind the deadliest flu virus. 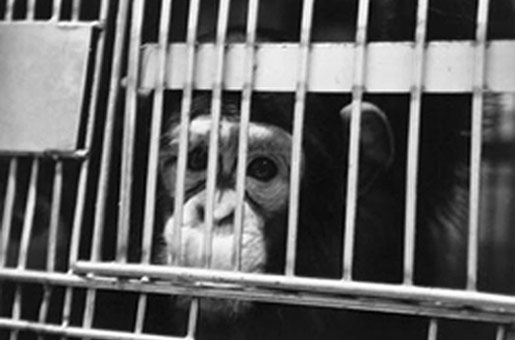 Just before Christmas, 2005, the final genetic components of the virus arrived from virology professor Yoshiro Kawaoka’s lab at the University of Wisconsin-Madison. Now with all the pieces of the intricate puzzle in hand, it was Darwyn Kobasa’s job to make countless copies of the viral genes at the Public Health Agency of Canada’s National Microbiology Laboratory, the Canadian Centers for Disease Control. Kobasa and his colleague, Steven Jones, were not sure if the effort would be successful.

Luckily, it was. “The first time we tried it, we recovered it. It worked beautifully,” Jones recalled. That Christmas Eve they infected female mice with the manufactured virus to make sure they made the right one.

The mice developed a respiratory infection and breathed heavily, just as they had in previous experiments. “There was no doubt we’d rescued the real deal,” said Jones. The next step was infecting monkeys.

The scientists were in possession of the deadliest form of influenza virus known to mankind. An agent that caused the most devastating flu pandemic on record, the 1918 Spanish flu, which blasted across the globe, killing 20-50 million people, including half a million Americans, according to the CDC.

For most people, the flu is not a life threatening disease. The 1918 flu virus, however, behaved quite differently from more common seasonal flus. Instead of attacking the very young, the very old, and the weak, the Spanish flu virus honed in on young, healthy adults between the ages of 15 and 35.

Even now physicians can’t explain why exactly the 1918 virus was so contagious and deadly. Accounts at the time described patients with wild fevers and chills, which led to severe headaches and lung infections. Eventually, many victims died by drowning from large volumes of their body fluids collecting in their lungs.

For the next 80 years scientists hypothesized about what made the 1918 flu such a successful killer. Without a sample of the virus or modern technologies to decode its genetic material, it was impossible to find out

In 1997, scientists finally found the clues they needed to solve the 1918 influenza puzzle. The intact genes of the killer virus were found in the frozen lungs of a flu victim buried in the Alaskan permafrost and later decoded and made available to other researchers.

Because of this and other expeditions, virologist Yoshihiro Kawaoka was able to piece the virus together, and Darwyn Kobasa was able to replicate it genetically. The identity of the 1918 virus was verified in the mice experiments, enabling Jones to use it to make seven monkeys very sick

Shortly after New Year’s in 2006, Jones and others at the Canadian National Microbiology Lab began their experiment to test the 1918 virus on macaque monkeys. The animals would model how a person’s immune system would respond to the recovered virus. In a Level 4 facility—the highest degree of security required for an infectious agent–Jones infected the seven macaques with the 1918 virus while three others received a more common, less virulent flu virus called Kawasaki 173.

“Monkeys generally don’t get very ill when you give them flu,” Jones explained. That was not the case with the monkeys infected with the 1918 virus; they were sick within 24 hours. The monkeys coughed and rubbed at their runny noses. They were also lethargic and had little appetite.

“It was just like a sick person,” said Jones, “If you gave [the monkeys] grapes, they would eat them because they’re a sweet treat, but they wouldn’t eat their normal monkey food.”

The scientist’s main interest was in the progression of the disease. On the third day after infection, scientists euthanized the first monkeys, followed by two more on the sixth day. By day eight, the remaining 1918 monkeys were so sick they had to be put down–13 days earlier than was planned for the study. “Things were going a lot faster than they anticipated,” offered Kathy Magor, a flu expert at the University of Alberta in Canada not involved with the experiment.

After euthanasia, tissue samples were taken from all the monkeys used in the experiment and sent to Michael Katze’s microbiology lab at the University of Washington in Seattle for gene analysis. There, scientists hoped to find changes in the genetic activity of cells infected with the 1918 virus.

Assistant professor John Kash, who worked with Katze on the project, described the similarity in the tissue samples taken from the experiment. He said that under the microscope, inflammation of the lungs in both the mice and monkeys corresponded to descriptions found in reports of the 1918 virus. This similarity could explain why the monkeys’ symptoms described by Jones’ team closely mirrored the symptoms in human victims recorded during the pandemic.

The striking physiological signature of the 1918 virus was the immune response it provoked. Instead of launching a controlled campaign, the immune system recruited its entire arsenal to assault the virus. This out-of-control response caused a tremendous amount of damage to the victim’s lungs and eventually killed them. The monkeys infected with the 1918 virus also died from this wild immune response.

To identify the genes involved in the monkey’s excessive response, Kash used a technology called a microarray to measure the expression of nearly 20,000 genes. Because disease affects expression of certain types of genes in particular cells at a particular time, scientists are able to know which genes are active at a precise moment in time. “The technology is like taking a snapshot of what’s happening in the lung of the infected animal,” Kash said.

The microarray testing, in this case, showed that the monkeys launched an immune response against both viruses at least three days after infection. A few days into the response, monkeys infected with the weaker flu virus began healing and growing new lung cells, while the immune response of the 1918 monkeys never tempered. This likely caused fatal damage.

Because the 1918 monkeys’ immune response was so formidable and sustained, the authors of the study think the virus shut down the body’s ability to control the immune system early after infection. “The expression at day one, when they’re just sick or day five, when they’re about to be euthanized is nearly identical,” Kash said. Understanding these early events is important for ongoing research.

Scientists want to know why the 1918 flu virus was so deadly because the virus shares similarities with the avian flu. There is also real concern about the next influenza pandemic. “Others believe and I believe pandemic flu is a real and present danger,” Jones said. Kash echoed his sentiment. “Eventually there will be another pandemic influenza,” he said.

If a virus similar to the 1918 virus causes the pandemic, new drugs that moderate victims’ immune responses in addition to drugs that disable the virus may increase a patient’s chances of survival. Kash called it a “one-two punch” with the goal of developing drug targets that can mitigate the virus’ control over the immune system.

“It’s really critical that these experiments are done because we need to understand what to do to develop therapies,” said Kash. Magor, of the University of Aleberta, agreed. “A virus like this could come back again and the more we know about what that virus is doing ahead of time, the better off we’ll be.”

Though I have never gotten a flu shot before, because I see myself as a young healthy woman, I find the fact that the 1918 virus which attacked young healthy individuals to be both interesting and frieghtening. I have a new found appreciation for the researchers in our country and around the world for their work to keep our population healthy. I also find Ms. Knight’s articles to be insightful and informative. Kudos to her and the entire Scienceline staff.