Scientists searching for better stem cell sources are pushing the boundaries of what is human. 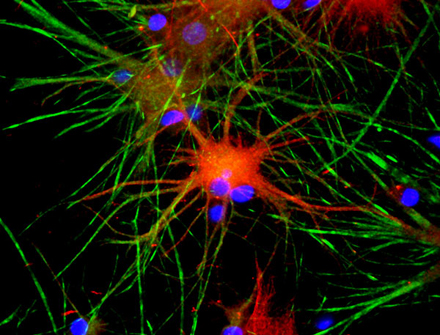 Two British scientists seeking permission to create cloned human embryos using cow eggs have renewed an old debate about these “chimeras,” which may offer a new embryonic stem cell source for research but are also a source of controversy .

Stem cell researchers Stephen Minger, director of the Stem Cell Biology Lab at King’s College London, and Lyle Armstrong, a researcher at the North East England Stem Cell Institute applied to the Human Fertilisation and Embryology Authority, the agency overseeing all British reproductive and embryo research, to carry out cloning experiments using human genetic material and cow eggs. The controversy surrounding the experiments has exploded on both sides of the Atlantic.

Because stem cells can divide indefinitely, replace themselves and develop into any cell type, scientists have spent years trying to harness their medical potential. Currently, the availability of stem cells depend on “leftover” embryos donated by parents seeking fertility treatment. Bemoaning the human egg shortage for stem cell research, many scientists are chasing alternative sources.

“The principal reason that they want to do this is that cow eggs are available and human eggs aren’t,” says Jonathan Moreno, director of the Center for Biomedical Ethics at the University of Virginia.

Another advantage of using stem cells from chimeras over using stem cells taken from discarded embryos is that it offers researchers the opportunity to create cells with genetic characteristics they’ve selected instead of relying on chance.

The chimera approach is a “tool” for generating disease-specific embryonic stem cells, says Minger. He hopes these stem cells will increase knowledge about what he calls “the shopping list of diseases” he’s interested in, including Alzheimer’s disease and motor neuron diseases, such as Lou Gehrig’s Disease. The cells would not be injected into patients, Minger stresses, but used to model diseases in the lab, test new therapies and better understand the cloning process.

In traditional cloning, scientists transfer either donor DNA or an entire donor cell into an egg with removed or inactivated DNA. The egg, fooled into behaving as if it is fertilized, begins dividing into an embryo. Implanting these viable embryos into a uterus – most famously in the case of Dolly the sheep – achieves reproductive cloning. But in therapeutic cloning, scientists harvest embryonic stem cells from the embryo.

Minger and Armstrong’s proposed interspecies nuclear transfer experiments are like therapeutic cloning with a twist. They transfer human cells into cow eggs, creating an embryo that, genetically speaking, is almost entirely human. Still, because the eggs contain some genetic material outside the nucleus, a small amount of cow DNA would persist in the chimeric embryo, making the technique inherently controversial.

“When people first hear about it they think it’s Frankenstein,” says University of Virginia’s Moreno. Some recoil at the very idea of mingling human and animal cells.

Minger and Armstrong’s critics, in Britain and beyond, say the chimeric stem cell approach is a tool better left alone. Republican Senator Sam Brownback of Kansas, a potential 2008 presidential candidate, attempted to criminalize various American chimera research in 2005. Brownback sponsored the Human Chimera Prohibition Act to “prohibit the creation of the most ethically challenging human-animal hybrids,” he told the Harvard Law School Society for Law, Life and Religion in a speech last year, calling chimeras a “violation of [human] dignity.”

Alfonso Gómez-Lobo, professor of metaphysics and moral philosophy at Georgetown University and member of the President’s Council on Bioethics, agrees with Brownback. “Any experiment in human cloning, either chimeric or not, if successful, generates a human embryo…and is hence worthy of respect,” he said by email.

Making matters more complicated, not all ethicists agree about what constitutes a human embryo. For instance, Moreno argues that a chimeric embryo “does not appear in nature,” so “it’s not even clear that what you would be destroying is a human embryo.”

Minger says concerns about animal-human mixing are unfounded, since removing the nuclear DNA – “the genetic and species identity” – from the cow egg produces an embryo comprised of human cells. While Minger admits he has received some nasty letters and e-mails, he maintains, “in no case are we creating anything that people should be worried about.”

In fact, he argues that cloning techniques that use human eggs for stell cell research may themselves be ethically problematic and that, for now, the chimeric approach is a preferable alternative. “The efficiency…is unknown, but likely very, very low,” he says. For example, he says, disgraced South Korean scientist Hwang Woo Suk and his team used “a hell of a lot of eggs” – perhaps thousands – but still did not create verifiable, cloned human embryos. Minger says these uncertainties make using human eggs unethical, especially because harvesting human eggs from women involves an invasive, painful and potentially dangerous procedure.

Chimeric techniques are not a new concept in the U.S. In 1998, Massachusetts-based Advanced Cell Technology’s widely publicized attempts to create human-cow chimeras prompted President Clinton to pen a letter to the National Bioethics Advisory Commission saying, in part: “This week’s report of the creation of an embryonic stem cell that is part human and part cow raises the most serious of ethical, medical, and legal concerns. I am deeply troubled…”

Now, nearly ten years later, some suggest it’s only a matter of time before American scientists move ahead with chimera research. “The chimera issue is definitely coming [to the U.S.] – it’s on the horizon,” predicts Moreno. In large part, the debate over chimeric techniques in America will be informed by what happens with Minger and Armstrong’s petition in the U.K.

Approval of Minger and Armstrong’s chimera approach is far from guaranteed. “There is not clear agreement within the scientific community about the need for and benefits of this science,” Angela McNab, Chief Executive of the Human Fertilisation and Embryology Authority, said in a January statement announcing the authority’s plan to conduct a scientific and public consultation on the issue, expected to last until this fall.

For Minger, the controversy is irrelevant. “If you think you’re doing the right thing and think it’s important,” he says, “then you do it.”

Editor’s Note: This story was first published on March 2, 2007. It was selected to appear here by our editorial staff while we are away.

Congrats on a good article Andy.

Hi, I’m doing a genetics project on this subject and it concerns me that this was published in 2007 – is it still valid information to include in my research.