Scientists show microbes can survive after 8 million years on ice. 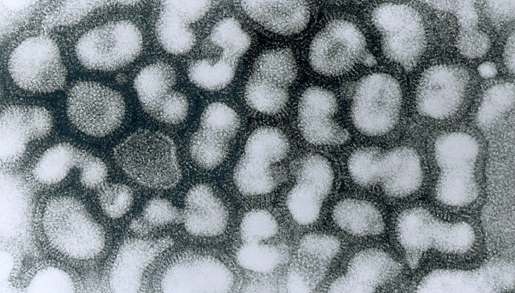 The successful resuscitation of ancient microbes, buried in Antarctic ice for an estimated 8 million years, is raising concerns about what will happen when other bacteria and viruses are reintroduced into the biosphere as global warming accelerates polar melting.

The bacteria resurrected by scientists from Rutgers University in New Jersey were harmless, but some researchers suggest that other trapped microbes may not be. The Rutgers team reported their findings in an August issue of the journal Proceedings of the National Academy of Sciences.

The microbes grew slowly after thawing but nonetheless proved viable, according to Kay Bidle, a marine biologist at Rutgers and co-director of the study. “We found that the bacteria would double in colony size every 70 days or so,” Bidle said, noting that the bacteria sample is from the oldest known ice on Earth.

Other researchers indicate that the resiliency of these anachronistic creatures is not uncommon. “It is pretty clear now that a wide variety of microbes, including many types of bacteria, viruses, fungi, algae and others, survive freeze-thaw cycles,” biologist Scott Rogers of Bowling Green University wrote in an e-mail. “It also is clear that many of these microbes survive for very long periods of time.”

This is certainly true of the Rutgers bacteria, which froze in ice so long ago that the continents had not yet reached their present-day orientation. The ice sample was originally harvested from glaciers nestled in the Transantarctic Mountains in 1998. Since then, the core has been kept in sterile conditions to avoid contamination by modern organisms. The Rutgers researchers thawed out a portion of this ice core and added nutrients to foster microbial growth.

The scientists isolated two kinds of microorganisms, both within the Arthrobacter bacteria genus, and viewed them under a microscope. “These microbes are similar to what we find in today’s soil,” feeding on organic compounds containing carbon or nitrogen, Bidle explained. “They are not something people should worry about.”

Innocuous soil-dwellers, however, are unlikely to be the only prehistoric microbes to resurface. At Bowling Green, Rogers has studied how contagions are preserved in ice and may reemerge decades later to threaten human populations. He and a team of researchers discussed the discovery of a strain of influenza, or flu virus, contained within lake ice in Siberia, in the Journal of Virology last year. The microbe, they concluded, was transported to the lake by birds migrating from elsewhere in Asia, and possibly even as far away as North America and Africa.

Rogers’ team speculated that a deposited virus can remain sequestered in ice for many years before it is reabsorbed by the waterfowl population. “For pathogens, this is advantageous,” Rogers and his colleagues wrote, since the birds may no longer possess any immunity against the reanimated influenza, allowing the virus to spread unchecked. Most of the time, wild bird species serve as asymptomatic carriers of various types of influenza. By traveling long distances, the unaffected birds may introduce a variety of strains to populated areas. According to Rogers and his co-authors, the periodic outbreak of human flu epidemics around the world may be due to the reemergence of frozen virus strains combined with bird migration. They also conjectured that as climate change causes more ice to thaw, the number and variety of latent microorganisms released into the environment will increase.

“We know that most microbes melting from environmental ice are benign. A few are mild pathogens. And there probably are some rare microbes that are more dangerous pathogens,” Rogers said.

Patrick Eichenberger, a biologist at New York University who is not affiliated with either study, said that a truly menacing infectious agent defrosting from archaic ice “would really be surprising.” Eichenberger, who works with the non-pathogenic soil bacterium Bacillus subtilis, pointed out that revived microbes may not have evolved the immunological defenses and armaments of their modern-day cohorts. “They may not stand a chance” in today’s environment, Eichenberger said. “But it could go either way.”

Learn about the microbes lingering in NASA’s clean rooms.

Find out how researchers are studying history’s deadliest flu strain.