Can brain science help determine the fates of adolescents accused of violent crimes? 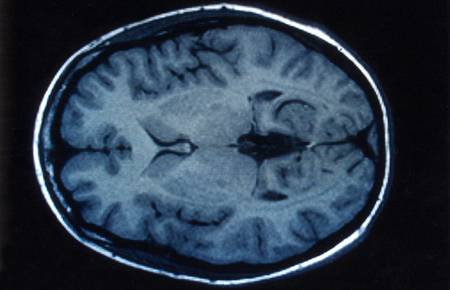 Brandon McInerney shot his admirer twice in the head on February 12, 2008, as they and their middle-school classmates worked on assignments in their first-period English class.

Larry’s peers in Oxnard, Calif. said that he had begun wearing makeup, jewelry and high-heeled boots in previous weeks. And two students attest to separate incidents the day before the shooting when Brandon rejected Larry’s attempts to flirt with him—one time cursing at Larry before walking away. Rumors that Brandon was a homosexual surfaced after Larry, who was openly gay, began coming on to him. Known not to back down from a fight, Brandon threatened Larry, according to friends, in the days leading up to the shooting.

The Ventura County district attorney thinks Brandon knew exactly what he was doing and has filed murder charges in adult criminal court. If convicted as an adult, this 14-year-old eighth-grader with no criminal history faces 51 years to life in prison. But if Brandon is tried and convicted in juvenile court, he would be released no later than age 25, and possibly earlier.

Brandon’s case is part of a much larger trend across the country in which juveniles are increasingly being tried as adults. This trend challenges social science theories that teenagers are more likely to become hardened criminals if tried and incarcerated in the adult justice system. This recidivism, or relapse, data have been well known for years. But now attorneys who defend adolescents accused of violent crimes are also tapping into a growing body of evidence from neuroscience. They point to studies suggesting that teenagers’ brains make them more prone to risky, impulsive behavior than adults.

“Science—and this is a good thing—has really shown so much about human behavior and development. And it has shed light on behavior and the factors that lead to violent behavior,” says Kathleen Heide, a criminologist at the University of South Florida who has evaluated over 100 teenagers charged with murder. “But our notions of responsibility are 100 years old. And they’re colliding.”

Brandon McInerney’s case may become an important test of whether science can ever reverse the rush to try violent juveniles as adults. In a June 24 court filing, his lawyer, William Quest, cited recent studies about adolescent brain development to demonstrate that Brandon should be tried as a juvenile. The Ventura County Superior Court has scheduled a July 24 hearing to determine if the defense’s strategy will be allowed.

Previous trials give Brandon’s lawyer reason for optimism. Similar brain research was successfully introduced during the sentencing hearing of another Ventura County case, for an 18-year-old convicted several years ago of knifing someone in a fight. The court sentenced the defendant to seven years in a state prison—a lighter punishment than adults receive for that type of crime.

A recent U.S. Supreme Court ruling may also help. Supreme Court Justice Anthony Kennedy, writing for the 5-4 majority that outlawed the execution of anyone under 18 in 2005, wrote that “it is less supportable to conclude that even a heinous crime committed by a juvenile is evidence of irretrievably depraved character.” The court cited teens’ tendency to succumb to peer pressure, their incomplete character formation and medical and social-science evidence that demonstrate “a lack of maturity and underdeveloped sense of responsibility.”

Experts say an adolescent’s brain undergoes three well-documented changes that may account for the evolution in behavior seen during adolescence. But they caution against inferring a direct link between these structural changes and behavior associated with the teen years.

First, a developing brain prunes unused connections, a process that continues until about age 16. The biggest changes are found in areas of the brain that deal with such higher-order thoughts as abstract concepts, social interaction and a sense of morality—some characteristics that distinguish human beings from other species.

Another key change during this time is the increased connections between the emotional centers of the brain and its prefrontal region, the part that can dampen impulsive or emotional thoughts and actions.

And most importantly, myelin, a layer of fats and proteins, coats and insulates nerve fibers. This process, which continues into the teenage years and perhaps beyond, helps explain why adult brains often trump adolescent brains. Like insulation added to an electrical wire, it allows more information to be transferred and at a faster rate. Myelin boosts transmission rates between neurons by at least a factor of 10, resulting in more efficient communication between brain regions.

Although a six-year-old brain has grown to about 90 percent of its total size, an adolescent brain is still not fully mature. Scientists used to think that a 15-year-old brain would function like an adult brain. But MRI studies, such as those by Beatriz Luna, a psychiatrist at the University of Pittsburgh, revealed that while an adolescent may behave like an adult, the adolescent’s brain could still function like that of a child. “Some days, an adolescent’s brain is firing on all cylinders and is cognitively like an adult’s,” says Craig Bennett, a developmental cognitive scientist at the University of California at Santa Barbara. “But if the brain is taxed, it could regress and looks like an adolescent brain in terms of behavior.”

This is like a baby learning to walk. On a good day, the young one can walk across the room. But the following day the baby resorts to crawling again.

A 2005 presentation at the Cognitive Neuroscience Society’s annual meeting by Craig Bennett and Abigail Baird, a psychologist at Vassar College in Poughkeepsie, New York, demonstrates a lack of synchronization between adolescent thoughts and feelings. When asked if safe activities like eating a salad were good ideas, adolescent brain activity was comparable to that of an adult. But when asked if dangerous activities such as swimming with sharks were a good idea, adolescents took longer than adults to respond. “In terms of processing 150 milliseconds is an eternity,” said Bennett, regarding the time difference between the response rate of adolescents and adults. He thinks adults took less time because they used more brain regions associated with emotional response.

Had Brandon impulsively shot Larry during their verbal spat a day earlier, these neuroscience findings would boost Brandon’s lawyer’s attempts to have him tried in juvenile court. But Brandon went home, acquired a gun and brought it to school the next day, demonstrating that he had planned his act.

Still, the question remains: Even if Brandon intended to kill Larry, did his brain appreciate the risk that came with murdering his peer?

“Still, the question remains: Even if Brandon intended to kill Larry, did his brain appreciate the risk that came with murdering his peer?”

I don’t think its the risks to Brandon that require assessment. Killing Larry means you’ve now got a DEAD LARRY. That risk is the only risk that should matter, not the possibility of punishment in the future.