A melting ice sheet may cause sea levels to rise unevenly around the globe, recent research reveals. 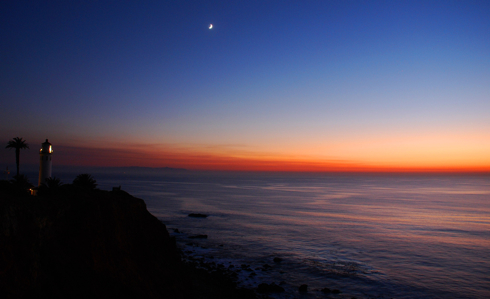 The ocean bordering North American coastal cities like New York, Washington, D.C. and Los Angeles may rise by more than 20 feet if the West Antarctic ice sheet melts due to global warming, new research suggests. That figure is 25 percent higher than previous estimates and 30 percent higher than the average predicted rise worldwide.

Although there is no consensus among experts on whether such catastrophic Antarctic melting is likely, the new study suggests that if it does occur, quirks of global geology would cause the waters on both coasts of North America to rise higher than in most other parts of the world. The increase would be six to seven meters, or as much as 23 feet. That’s enough to drastically affect life along the U.S. coastline, according to the study, which was published February 6 in the journal Science.

Earlier estimates of the potential impact of West Antarctic melting, including in the 2007 Fourth Assessment Report of the United Nations’ Intergovernmental Panel on Climate Change, or IPCC, predicted sea level would rise uniformly throughout the world, like water in a bathtub, by about five meters, or 16 feet. The new study, however, identifies three factors that demonstrate that the increase would be highest in North American coastal waters.

“For those of us who live in North America, the effects examined in the study combine in a triple whammy,” says Jerry X. Mitrovica, a geophysicist at the University of Toronto in Canada, and lead author of the predictive study. “[North Americans] will experience the largest amplification in sea level.”

How seriously to take the threat of a melting West Antarctic ice sheet has been a matter of debate among experts in recent years. Most scientists studying the region say there is not enough data to make a prediction, and the Fourth Assessment Report deemed the melting of the ice sheet “a source of major uncertainty.” Still, there are some special reasons why many glaciologists are worried.

The ice sheet, with more than two million square kilometers, or nearly 800,000 square miles, of frozen water, is particularly susceptible to changes in temperatures because it’s largely perched on water, not land. As a result, the glacier is constantly thawed by the ocean, which “can attack ice sheets very quickly,” says David Holland, an atmospheric and ocean scientist at New York University, who was not involved in the study.

A different study published January 22 in the journal Nature concluded that the Antarctic region is warming faster than the rest of the planet, a trend the Fourth Assessment report predicts will continue. The more recent February study is the first to try to predict what would happen in specific parts of the world if the ice sheet melted. Mitrovica and his team did so by creating a unique computer model that accounted for subtle effects of gravity, plate tectonics and the earth’s rotation.

“The impact of these other effects is significant in some parts of the world, and that’s really quite an important distinction,” says Peter Clark, a geoscientist at Oregon State University in Corvallis, Ore., and a co-author of the study.

The scientists’ model took into account the West Antarctic ice sheet’s gravitational pull on nearby ocean water – an effect that has never before been examined. That gravitational attraction would diminish as the glacier melts, lowering the sea level near the glacier and raising it farther away, especially in the Northern Hemisphere.

Second, researchers found that if the weight of the ice disappears, the tectonic plate that it has kept buried beneath it will rise, forcing water to flow into other areas. “Much of the land the ice sheet is now covering is below sea level, and if the ice melts, it will rise to a shallower depth,” Clark says. “It displaces more water out of that area out into the ocean at large.”

Finally, the melting ice sheet also would change the way the earth wobbles as it spins, according to the study. This would redistribute the ocean’s depth, transferring seawater from areas in the southern Atlantic and Pacific oceans to the southern Indian Ocean and areas around North America.

“When you remove the mass of the ice, the earth will change its axis,” says Holland of New York University. “Big chunks of water will move to the equator” from Antarctica, he adds.

These factors could combine to yield a sea level rise on North American coastlines that is 30 percent higher than the average global rise, meaning more land may be submerged in the sea. It would be “the biggest story in climate change,” according to Holland, who deems the study “good science.”

The results of the study startled even its authors. “I knew that the gravitational effect on meltwater would be important, but I was very surprised the contributions from the other two effects were just as large,” says Mitrovica.

Lawmakers may have to weigh this predicted additional rise when making provisions for the future, such as deciding whether or not to construct barriers to block seawater. “Regional planners will have to think about how much more sea level will rise than previously predicted,” says Clark of Oregon State University. “It may be a significant increase over what they were planning.”

One meter or two? – Ask an ice shelf.

Could someone put these people in a room with those that offer wildly different predictions? Nils-Axel Mörner is probably the most famous critic of sea level rises. http://en.wikipedia.org/wiki/Nils-Axel_M%C3%B6rner
What do these researchers think of his criticisms?

It disturbs me that this article promotes these new predictions as very possible, without noting the alternatives. This leaves the public in a confusing haze of ever shifting (and sometimes directly conflicting) predictions from the scientific community. Not knowing whose “simplified computer models” to trust is quite terrifying.

These predictions are very possible. As far as this article is concerned, it seems that it clearly states there is no consensus among experts and all of this is still up for debate. That said, we all must understand that there may not be alternatives. Planning for the worst case scenario is perhaps our only choice.

There is a remote possibility that as the ice melts the liquid water and loose ice will migrate to the equator. The added mass at the equator would in turn put more pressure on the earths crust in that area and result in an increase in volcanic activity in that area.
The redistribution of mass around the earth’s axis may also initiate a change in the movements of tectonic plates. And so on and so on. How fast this may happen may be faster than anyone can predict.

Zammy, your comment intrigued me, so I turned to David Holland, the atmospheric and ocean scientist at NYU quoted in the story. Here’s what he said:

“The temperature effect on ocean expansion due to melting of the ice currently below sea level is a small effect. The real point to keep in mind is that it is the ice that is sitting on top of the ice that is below sea level that is the main issue. When that ice goes into the ocean, average global sea level goes up and nothing counteracts that. This is the principal contributor to global sea level rise – all other factors (and there are many) are of secondary importance.

I’m a believer …when should I sell my land in Florida? What is the best quess on the Southeastern coastline under the worst case scenario? (Not withstanding a 90 degree polar shift and a ’12 to 6′ spin?)

Thanks for the concise summation of some complex issues, Allison. I’m writing about sea level rises and science fiction at my blog, and referenced your article in a recent post.

You can see that here, in part 2 of a 3-part series: New York Under Water, pt 2: What Does a 2-Meter Sea Rise Look Like?