Growing pumpkins in which Cinderella could have ridden to the ball 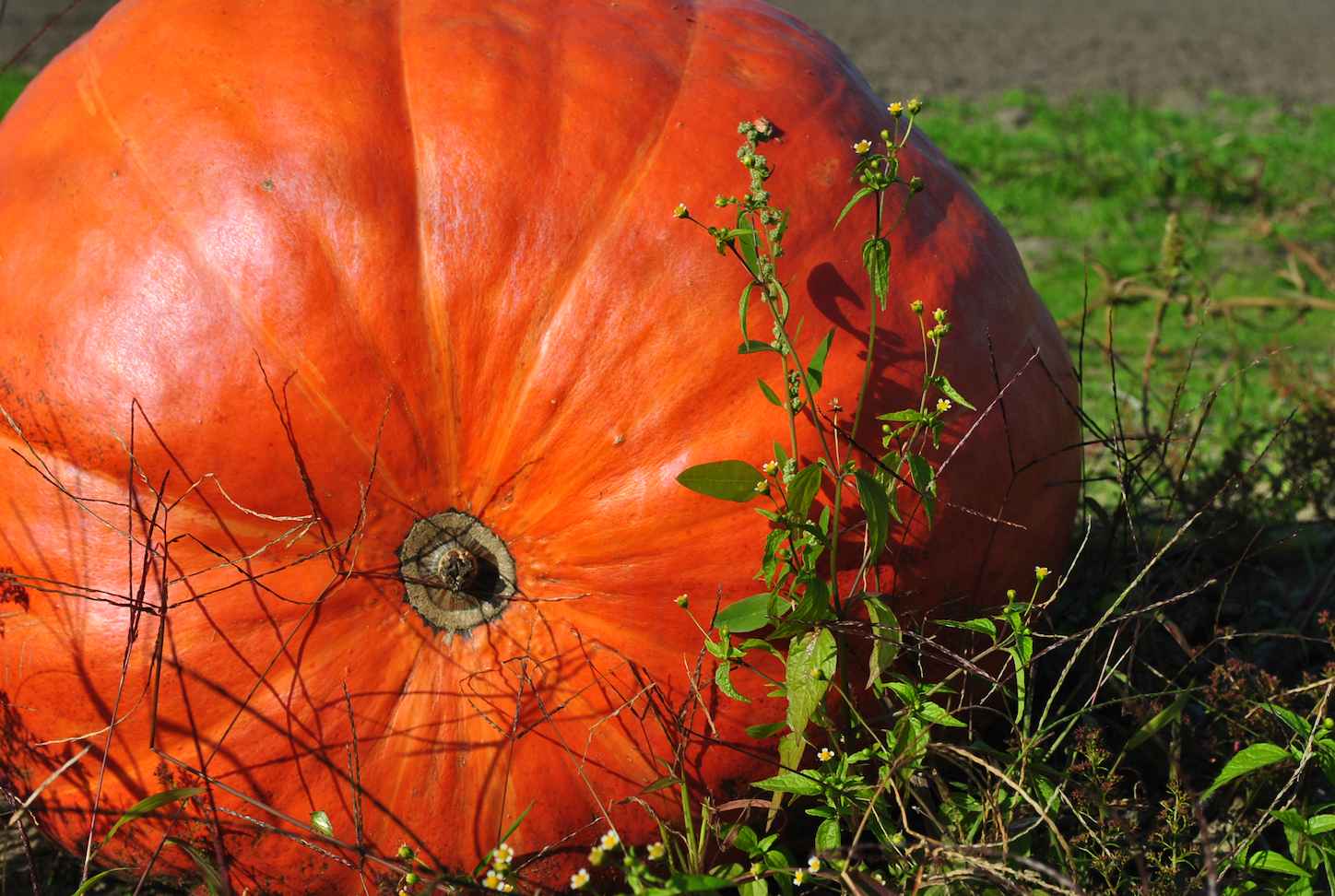 Magic didn't make this pumpkin grow its monstrous girth: It's all in the genes. [Image Credit: Kate Szikora]

8 Steps Toward a Healthy Thanksgiving Meal

It’s not an exact science. In fact, some might argue it’s not exactly science. But for years a sect of gourd aficionados has dedicated itself to growing absurdly enormous pumpkins.

The heaviest pumpkin ever recorded weighed 1,810 pounds. It was farmed by Chris Stevens in Wisconsin in 2010. But you don’t have farm in the Midwest to grow record-shattering pumpkins. Previous record holders have hailed from Pennsylvania (1,469 pounds in 2005) and Rhode Island (1,689 pounds in 2007); actually, the Northeast is a hotspot for pumpkin growing. Quite a handful of the heaviest pumpkins ever recorded were weighed at the Topsfield Fair in Massachusetts.

On the other side of the country, in California, pumpkin-lovers are growing monster gourds, too. The Topsfield Fair shares its dominion of the giant pumpkin record list with Half Moon Bay, California, a town just south of San Francisco. The Half Moon Bay Art and Pumpkin Festival offered $5,000 this October to anyone with a pumpkin heavy enough to break the world record of 1,810 pounds. Though no one unloaded a record-breaking pumpkin onto the scale this year, the grower of the fair’s heaviest pumpkin won six dollars per pound. With pumpkins weighing well over 1,500 pounds, you can do the math. Starting to think about growing a giant pumpkin next year?

When Kate was young the giant pumpkin buzz worked its way through her neighborhood, and soon everyone was passing around the bulging seeds that become monster pumpkins. “They’re like pumpkin seeds on steroids,” she says.

The best growers in the neighborhood, her family’s secret was great homemade compost, lots of water, and lots of room to grow. “We really let them spread out and take over the entire yard,” Kate says.

Kate estimates that her family could usually harvest five to seven good pumpkins each fall, including three really big ones. She’s not sure just how big, though, because she never weighed one. “It’s really hard to weigh a pumpkin when they’re too heavy to pick up. And all we had was a bathroom scale.”

On the competitive circuit, though, enthusiasts are keen to break the 2,000-pound mark with the next world’s heaviest pumpkin. The 1,000-pound mark was broken in 1996, but pumpkins just keep getting bigger.

One of the favorite superstitions of super-pumpkin growers is to plant seeds taken from inside record-breaking pumpkins. New record-breakers have been made this way. In fact, competitive pumpkin growers name the seeds they’re using by referencing the specific pumpkin the seeds came from. For example, Chris Stevens’ record-breaking 1,810-pound pumpkin was grown by a cross between a “1421 Stelts” seed and a “1186 Rodonis” seed. In other words, a cross between a seed from Dave Stelts’ 1,421-pound pumpkin and a seed from Bill Rodonis’ 1,186-pound pumpkin.

Even Atlantic Giant seeds are descendants of seeds taken from a particular pumpkin nicknamed the Atlantic Giant, grown by Howard Dill in 1979.

Maybe this selective breeding is why the pumpkins just keep getting larger, with no curbing of growth or fanaticism in sight.

I’m having a little trouble relating to the number 1,186 pounds. About how many acorn squash would that be?